The Krzysztof Krauze Award will be granted this year by the Directors’ Guild of Poland for the second time in history. Directors of movies screened or released in 2016 are eligible for the award.

Each year the Directors’ Guild of Poland awards the Krauze prize to an exceptional film director. As stated in the preamble to the award’s guidelines, “This prize is granted in recognition of nonconformity. Our definition of nonconformity encompasses independence, freedom of spirit, and personal courage. What qualities do non-conformists exhibit? They possess a strength of convictions in their personal beliefs and opinions, reflected in their approach to the world. They’re capable of going against the grain and standing by their beliefs – even if it means facing opposition from the majority or their own communities. Nonconformists want to defend the weak from the strong and minorities from majorities. They eschew compromise. Simple calculations of personal gain don’t factor into their actions.“ 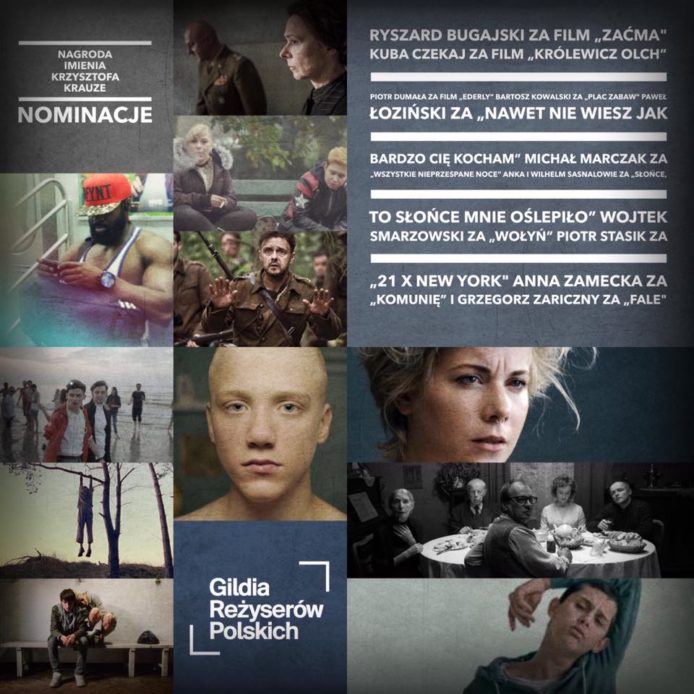 Kuba Czekaj for “The Erlprince”

Michał Marczak for “All These Sleepless Nights”

Anka & Wilhelm Sasnal for “The Sun, the Sun Blinded Me”

The winner, to be announced on April 2, 2017, will be selected by the Award Committee – Anna Kazejak, Joanna Kos-Krauze, Iwona Siekierzyńska, Bartosz Konopka, and Łukasz Ronduda – out of a pool of nominees named by members of the Directors’ Guild of Poland, based on movies from 2016.

The winner will receive a painting by Indian naïve painter Kasinath Chauhan. Frequently compared to the Polish artist Nikifor, Chauhan was an illiterate shoeshiner who set up his bootblacking station in front of a Bata footwear store. Joanna Kos-Krauze and Krzysztof Krauze first saw his pictures drawn on shoeboxes during their trip to the Pune Film Festival over a decade ago. Now Kasinath Chauhan’s works are displayed in leading art galleries around the world. The award will be selected from Joanna Kos-Krauze and Krzysztof Krauze’s personal collection.

Last year’s prize was awarded to Grzegorz Królikiewicz for his film Neighborhooders.

watch the trailers of nominated pictures:

“The Erlprince” by Kuba Czekaj

“All These Sleepless Nights” by Michał Marczak

“The Sun, the Sun Blinded Me” by Anka & Wilhelm Sasnal