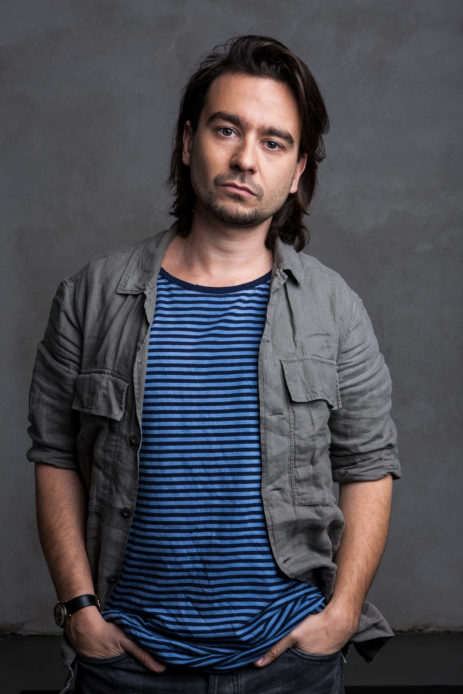 His HBO produced documentary “One Billion Happy People” (2011) received Polish Filmmakers Association Award for “witty, penetrating glance on clash of cultures, exposing Polish – Chinesestereotypes”. His famed debut feature film “Disco Polo” (2015) about music of Polish province was one the very top of the box office and was nominated for Off Camera.

Maciej Bochniak’s directorial path is closely connected to music which he studied since childhood. After the famed documentary “One Billion Happy People” he created his first feature – “Disco Polo” – a surreal play with conventions in which he confronts dreams about richness, success and glamour of the Polish 1990s.

Born in Cracow, the director graduated from the screenwriting programme at the Łódź Film School. He started working as a boom operator and sound mixer – among others, he worked on ‚Egzamin z życia’ (Life Exam) and ‚Mystery of the Codes Stronghold’ TV series. He made his directorial debut in 2009 with a short entitled ‚I Love You So Much’, a story about a young couple that moves to the big city to start a new life. Two years later he directed ‚Reception’ produced by Studio Munka – a documentary short in which he observes young artists who await the five minutes that can change their lives forever. The film received a honorable mention at the Open City Doc Fest in London.

Bochniak’s second fiction short – ‚The Room’ (2011) was also well received. The director co-authored the script with the writer Sławomir Shuty. A grotesque story about a TV crew which arrives to a haunted house in a Polish village in search of scoop, was awarded by the audience in the Independent Film Competition at the Gdynia Polish Film Festival and named best film at the Żubroffka Film Festival in Białystok. 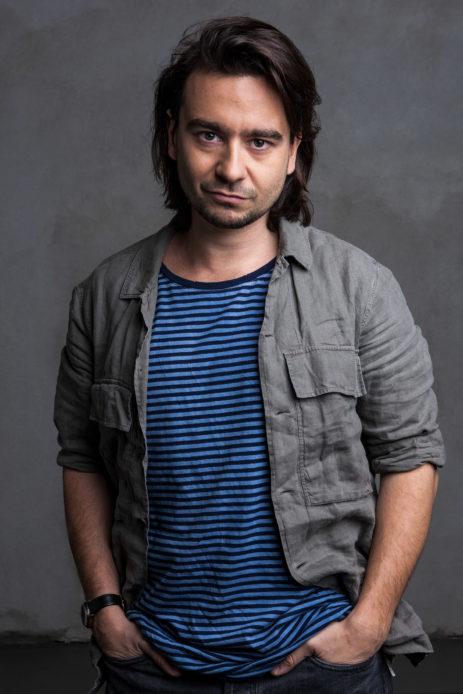 Music played an important role in Bochniak’s life since childhood: he attended music school, practiced playing drums and for a long time thought he would be a professional musician. Even though in the end he became a film director, three most important projects in his career are closely connected to music.

Bochniak’s debut feature is a colourful, enchanting fantasy, where Poland of the 1990s is turned into the Wild West filled with gold diggers

The director’s adventure with disco polo genre started when he read media reports about the legendary band Bayer Full planning to conquer the Chinese market. Bochniak decided to go on the exotic trip with the band, trying to show the world of disco polo from the inside, wary of reproducing stereotypes surrounding this musical style.

The documentary ‚One Billion Happy People’ produced by HBO (2011) is a story about quite an absurd idea of promoting Polish dance hits (translated into Mandarin) in China, about the confrontation of two cultures and two protagonists – Bayer Full’s leader Sławomir Świeżyński and Sinologist Krzysztof Darewicz, who came up with the idea of the band’s Chinese tour.

The director spoke about the thought process behind the film and its reception in an interview with Dagmara Romanowska for Onet: I could make a well deserved congratulatory card for such a popular and hard working band, but this way I would harm both them and myself. It would turn against us all. After the screening many people congratulated them for their courage. Showing their weakness, they actually displayed great strength. It deserves respect. I showed their endeavors in a comic light, but without mockery. I didn’t want to create a reportage or a chronicle, to put blame on somebody or praise somebody else, but to make a film which would be interesting to watch also a few years later.

The popular music genre, seen mostly as a cultural phenomenon closely connected to the time of political transformation in Poland fascinated Bochniak so much, it became the subject of his debut feature entitled ‚Disco Polo’ (2015). It is not a realistic film, but a colourful, enchanting fantasy where Poland of the 1990s is turned into the Wild West filled with gold diggers.

Among them there is Tomek (Dawid Ogrodnik), who dreams of a musical career. Together with a couple of friends (Piotr Głowacki and Aleksandra Hamkało) he starts to realize his ‚American Dream’, at first in firehouses turned into concert halls in the country, later on – discovered by the boss of a production company Daniel Polak (Tomasz Kot) – also on national music charts.

At the moment the director is working on yet another musical project. “Ethiopiques – Revolt of the Soul” is a documentary about Ethiopian musicians

Bochniak’s film, seen in the cinemas by over 800 thousand people, contradicts ‚intellectual’, ‚big city’ narratives about disco polo music in which it is presented as an example of the hinterland’s bad taste and backwardness. Folksy culture of rural firehouses and pirate cassettes (but also colourful videos, TV programmes, gigantic concert halls) is seen as freeing and emancipatory. But this daring comedy is most of all a masterful play with convention, an example of crazy surrealism, still rare in Polish cinema (which also made Agnieszka Smoczyńska’s ‚The Lure’ so successful). Jakub Majmurek called ‚Disco polo’ the most daring debut of the last few years. He wrote for Filmweb: (…) the film is not only submerged in fantasies sold by this genre, but in all the dreams Poland dreamt at the beginning of the 1990s, and hasn’t stopped dreaming since. Dreams of richness, success, glamour, love and luxury. In disco polo music they all found their most folksy, uncool form. Today disco polo and all that was considered naff in the nineties is changed into a hipster gadget, into an aesthetic that can be played with. Bochniak masterfully plays this game.

‚Disco Polo’ was a hit among the audience and the director received the Janusz ‚Kuba’ Morgenstern award ‚Perspektywa’ for best first feature.

At the moment the director is working on yet another musical project, although the sounds that we’ll hear couldn’t be more different. ‚Ethiopiques – Revolt of the Soul’ is going to be a documentary tale about Ethiopian musicians, whose work Bochniak got to know thanks to the soundtrack of Jim Jarmush’s ‚Broken Flowers’. Since then I’ve had this music on my computer. Later on, when I was searching for the subject of my new documentary and read Ryszard Kapuściński’s ‚The Emperor’, something clicked and I compared the dates. It struck me that these artists worked at the time of the emperor – Haile Selassie I. And so I decided to make a movie about them. I searched for a starting point and it turned out that the name Francis Falceto comes up on all these records. I found a couple of interviews with him and learned about his life story, which right away turned into a narrative of this film – the director said in a conversation with Filip Kalinowski for ‚Aktivist’ magazine.

Maciej Bochniak also works as the director of music videos and advertisements.