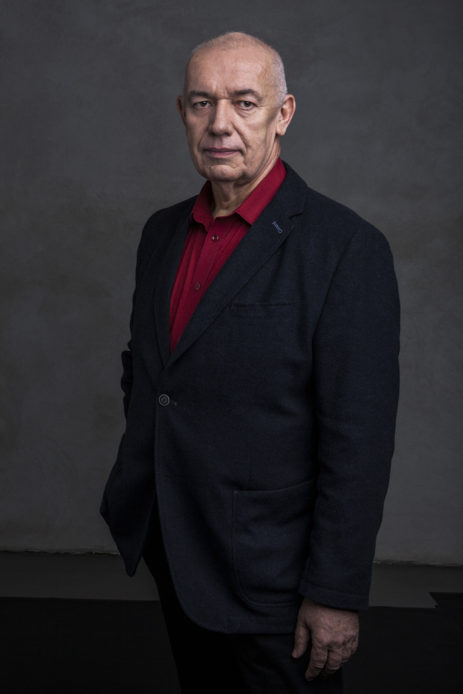 Director and screenwriter
of “The Witcher” (2001) adaptation of Polish bestselling novel that was also turned into world famous video game. As an assistant director he collaborated with Andrzej Wajda, Krzysztof Zanussi, Roman Polański and Steven Spielberg. Second Director od Emmy-winning “The Drama
of Dresen”

He gave film fans far more than just the movie version of The Witcher. Brodzki spent his whole life on film sets, working in the shadow of the greatest creators and contributing to their success. Cinema simply wouldn’t exist without people like him

Are there many Polish filmmakers who could boast about having worked with Andrzej Wajda and Roman Polański, Krzysztof Zanussi and Volker Schloendorff, Steven Spielberg, Marek Koterski, and Costa-Gavras? I suspect there are none – apart from Marek Brodzki, known in the collective consciousness as the director of the movie adaptation of Andrzej Sapkowski’s The Witcher. However, the catalog of his works is far wider than this one famous picture. Brodzki spent his life on movie sets, forever in the shadow of the great masters, working hard for their success. The world of film can’t do without people like him – indeed, cinematography itself wouldn’t exist without people like Marek Brodzki. 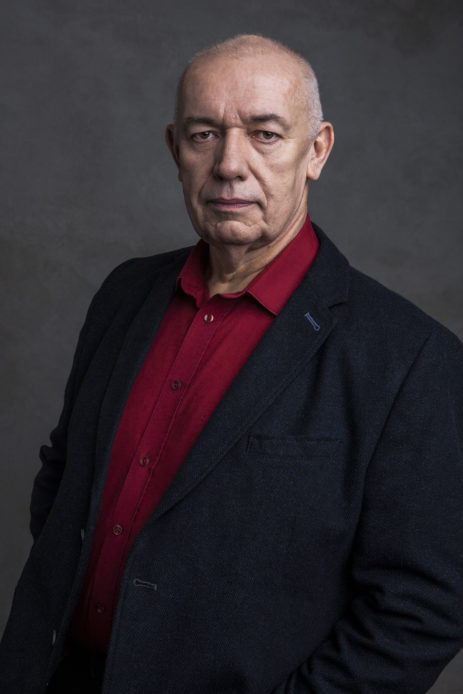 He has degrees in art and teaching. After finishing The Witcher, he mentioned that sensitivity to painterly details helped him a great deal on the set. He even designed the sword used by the protagonist (Michał Żebrowski). Not being a diehard Sapkowski afficionado, I watched this movie with a layman’s eye, but the weapon impressed me anyway. Naturally, back then I didn’t know the director designed it himself.

Marek Brodzki is a veteran assistant director; this job is simply indispensable and uniquely important on movie sets. He didn’t shrink from the toughest challenges, having worked both on Spielberg’s Schindler’s List and Wajda’s Pan Tadeusz: The Last Foray in Lithuania. He was tasked with commanding tanks and thousands of extras. Brodzki fondly remembers the experience, though he regrets not having enough time to listen to Wajda or Spielberg working with their actors. They were close, but in a slightly different place.

Ever since it was scheduled for production, “The Witcher” stirred the public’s emotions. His work is unique in Polish cinema

Ever since it was scheduled for production, The Witcher stirred the public’s emotions. The entire nation – made up of Sapkowski enthusiasts, each one clearly capable of making the perfect adaptation of the books – argued over the casting choices for Geralt of Rivia and the beautiful Yennefer. Marek Brodzki didn’t take that to heart. He wanted his Witcher’s magical world to be as faithful to its literary predecessor as possible. His work is unique in Polish cinema – and very Polish in itself. Brodzki was very pleased to have shot all the scenes in Poland.

While the completed work proved controversial, it drew over 700 000 viewers to movie theaters. As a TV miniseries, The Witcher reached very high viewership and attracted new fans worldwide. Brodzki has every right to see himself as a winner here – he’d always stated that his movies are meant for the public and not for the critics. And indeed, the public bought his vision of a very Polish, very human Geralt interpreted by Michał Żebrowski; it appreciated his dwarves as flesh-and-blood individuals gripping battle axes, by no means a peaceable folk.

Recently Brodzki collaborated with Andrzej Wajda, who put a lot of trust in his skills. Brodzki made a series of documentaries on Wajda, they also met on the set of “Afterimage”

Recently Brodzki turned to documentaries. Andrzej Wajda put a lot of trust in his skills; their collaboration resulted in Aktorzy przyjechali, a chronicle of Wajda’s Shakespearean happening which initiated the construction of the Gdańsk Shakespeare Theatre, BIESY po latach – Wajda’s intimate recollections of the most important stage play of his life, as well as Zwięzła kronika czasu, a movie about the unique architecture of the Gdańsk Shakespeare Theatre. It was Brodzki who convinced Wajda to talk about his numerous awards (Cegła i inne nagrody filmowe) and even his childhood memories (Szabla mojego ojca). Together with the great director they explored Andrzej Wróblewski’s paintings, documenting the artist’s friendship with Wajda. Brodzki also kept the Master company throughout his last endeavor – they collaborated on the set of Afterimage.

Let me ask you again: how many Polish filmmakers could lay claim to such professional flexibility?