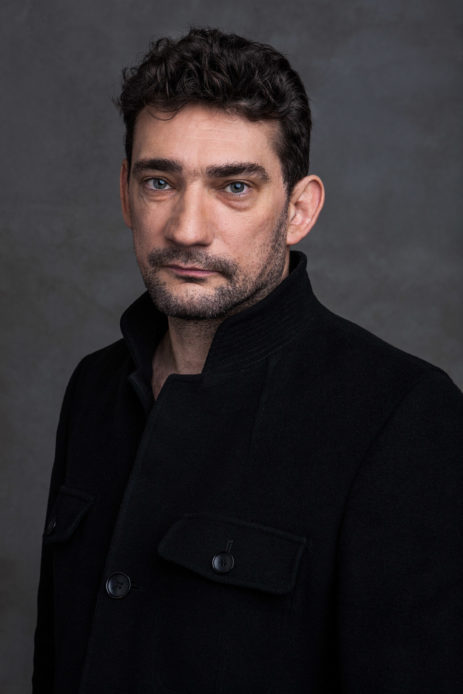 Director and screenwriter. His short movie „A Man Thing” (2001) was nominated for Oscar. For debut full-lenght film „Retrieval” (2006) was honored in Cannes by the Ecumenical Jury. Next movie „Loving” (2012) was very well recieved and  awarded at many European festivals.

You could say he’s overly focused on details, but that’s just a part of the truth: details are a starting point for Sławomir Fabicki’s stories about emotions and journeys from the concrete to the metaphorical

The most poignant moment in “Love” by Sławomir Fabicki is the scene in which we watch from up close as the main character’s mother (played by Dorota Kolak) is dying. Tomek, the protagonist (played by Marcin Dorociński) realises in that moment the his relationship with Maria (played by Julia Kijowska) has slipped from their hands and is beyond repair. I’m not sure if I love you anymore, I’m afraid that I don’t – says Tomek to his wife hardly stopping himself from bursting into tears. This kind of moment rarely happens in a movie theatre – when the characters suddenly become close to us, when we can almost feel their pain and their loneliness.

In his movies, Sławomir Fabicki does not allow viewers the comforts of emotional distance. Instead, the camera is close to the actors at all times, so that we can see each expression, each shade in his faces. Someone might say that Fabicki focuses mostly on details, however this is not entirely true. True, his stories begin with small details, but only to delve further and further into general truths about human emotions.

Characters from Fabicki’s “Love” suddenly become close to us, when we can almost feel their pain and their loneliness. This kind of moment rarely happens in a movie theatre

Fabicki’s cinema is low-key, yet extremely universal. The Silesia (a region in Poland) as shown in his film “Retrieval” is depicted in a highly realistic, documentary-style way. Despite that, we could easily imagine the same story set in a completely different environment. For Fabicki, the setting does not play a crucial role in his movies.

Fabicki claims that he came close to become a mathematician, as other members of his family. It was his fascination with Werner Herzog’s movies that initially pushed him towards cinema. In Herzog’s movies, the 17-year-old Fabicki found a whole new world, one that he understood with every fibre of his being. However, his path towards the Łódź Film School was not easy – he applied four times and graduated from the Extramural Screenwriting Course before he was admitted.

During his studies, Fabicki shot several student films which gained wide recognition. They revolved around topics that never ceased to be crucial in Fabicki’s work and proved to be the first attempts to establish his original style. Let us consider for example the idea to begin the film with a detail. In “Extension 55” the main character was… a telephone in the hallway of a rehabilitation centre, which was visited by children from all over the country. Since mobile phones were not around yet back then, the little patients gathered in the hallway and stood in line to make a phone call to their parents. The 10-minute-long student film is a deeply emotional depiction of those conversations. 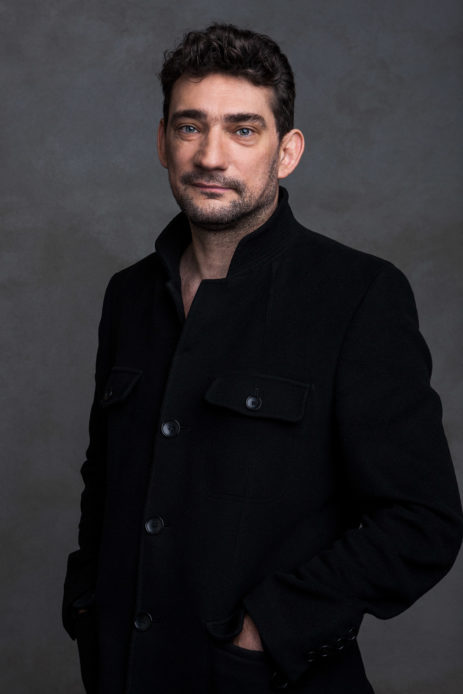 Fabicki became a hot name when he was still in film school. His fourth year assignment, the short film “A Man Thing”, made with Bogumił Godfrejów, back then a student of third year at the department of cinematography, gained wide recognition all over the world. “A Man Thing” tells the story of a 13-year-old Bartek (played by Bartosz Idczak), who is living in a poor neighbourhood in Łódź together with his mother who makes a living by making dolls, his younger brother and the father, who spends whole days lying in a dingy bed and who regularly beats his older son with a rubber pipe for the most petty misbehaviours. Bartek is the captain of the school football team, the coach (the brilliant Mariusz Jakus) is counting on him in the finals of local schools’ championship. The only problem is that Bartek spends his every free minute at the local dog shelter taking care of a dying mutt by the name of Bukiet. In the last scene of the film, Bartek is sitting in Bukiet’s pit holding the dying dog in his arms. They are the only friends they have in this cruel world.

Fabicki’s movie has a lot of cruelty in it, however it never uses violence in an excessive, vulgar way. Fabicki managed to preserve the perfect balance between the objective perspective of a documentary filmmaker and an enormous empathy – the protagonist of the movie is a hopeless young boy. Bartosz Idczak, the young actor, is absolutely magnetic, we cannot turn our eyes from him even during the most violent and uncomfortable scenes. It came as no surprise when “A Man Thing” turned out to be hugely successful, it won festivals in Cracow, Łódż, Stuttgart, Teheran, Mexico, New York, Edinburgh, Paris, Regensburg, Clermont Ferrand, Munich, Kiev, Moscow and Tai Pei. The film was also nominated for an Oscar and for the European Film Awards.

The early success did not make things easier for Fabicki when it comes to his career. He waited five years for his feature debut. Before that, he directed “Lucy and Her Children” written for the Television Theatre by Marek Pruchniewski, again with Godfrejów as the DOP. “Lucy and Her Children” won the Grand Prix at the Two Theatres Festival in Sopot. The play itself was one of the most fascinating plays at that time (2003). Striking with its brutal realism, the play told the story of the titular Lucy, humiliated by her husband and her mother, who keeps telling Lucy that she came from a children’s shelter. The chain of events makes us think of the greatest ancient tragedies, even though it takes place in one small cottage in the Polish countryside. The climax of the play is a scene of infanticide.

Fabicki became a hot name when he was still in film school. His fourth year assignment, the short film “A Man Thing” was nominated for  Academy Award

Fabicki’s feature debut, “Retrieval”, strikes us with its enormous stylistic consistency. It tells the story of the 19-year-old Wojtek (played by Antoni Pawlicki), who could be the older brother of Bartek from “A Man Thing”. Wojtek does not any prospects for the future, his family is drowning in the bleak everyday life. Despite that, Wojtek believes that he could change his fate through hard work. He starts working for his grandfather, at the local pig house, however he does not stay there for long. Completely by accident, Wojtek enters the group led by a local mobster (played by Jacek Braciak). Wojtek starts working for the mobster, he gets sucked deeper and deeper by the crime world and eventually it is too late for him to get out.

“Retrieval”, set in the bleak environment of Silesia left viewers with no sense of hope in the end. The movie was controversial, it received mixed reviews, but nevertheless was chose as the Polish candidate for the Oscars, it was also shown at the Cannes Film Festival, where it was awarded the Ecumenical Jury Prize. The audience in Cannes pointed to the impressive documentary-style way of filming, as well as emphasising the horror of the post-Communist era in small towns in Poland.

Despite all that, “Retrieval” was also received as a highly universal movie, which could have been shot in any other post-Soviet satellite country. In “Retrieval”, Fabicki worked once again with Godfrejów and Pruchniewski, whose another play “Amusement Park – Almost a Fairy Tale”, set also in a small town, Fabicki adapted for the Television Theatre before „Retrieval”. Pruchniewski became Fabicki’s writing partner, also in his most recent film “Love”. Even though it premiered three years ago, I still cannot get it out of my head, also because I think of it as one of the most underappreciated Polish films of the last decade. Fo Fabicki, “Love” definitely marks a new beginning, an interesting change of tone.

2003 Lucy and Her Children (teleplay)