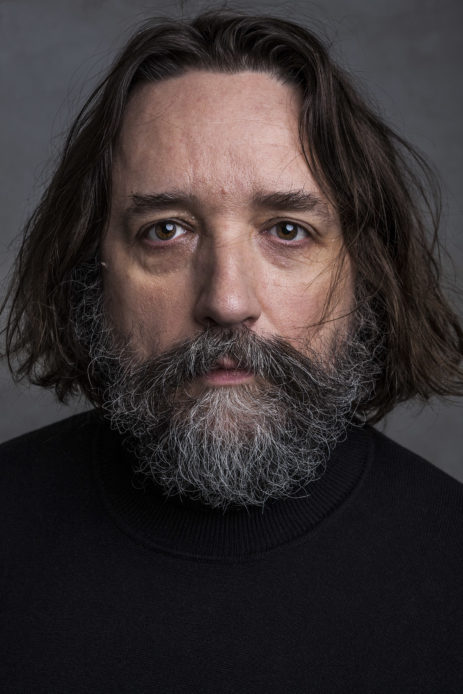 Film and theater director, teacher and screenwriter. Lecturer at Lodz Film School from year 1989, nowadays rector of the Academy. For his debut “Conversation with a Cupboard Man” (1993) honored with Special Jury Prize at Gdynia Film Festival and nominated for Golden Lions. Decorated with Bronze Medal for Merit to Culture – Gloria Artis .

With only four feature films over the course of twenty three years since his debut, Mariusz Grzegorzek still isn’t in a hurry. He doesn’t feel compelled to race anyone – not even himself

Mesmerizing images form the first striking impression of his movies. Seemingly liberated from their subservient function as a background to storytelling, they exist autonomously, representing a different state of matter. Their structure extends beyond colors, sometimes drenched in dizzying hues, sometimes in yet another shade of grey. It’s strange, because his movies are intoxicating in their intensity. In addition, he demands complete involvement from his actors – they should dismiss their ideas of detachment as soon as they step on his sets. I Am Yours strikes us with the feeling that we’ve been invited to ride a roller coaster of emotions and there’s no way to get off. His actors probably feel like this too, yet they usually gladly return to this world…

Mesmerizing images form the first striking impression of his movies, which  are intoxicating in their intensity

After seeing one of Mariusz Grzegorzek’s theater productions, I wrote that encounters with his art have addictive properties. It was several years ago, but I stand by that statement; after all, his cinematic portfolio isn’t that broad, if you only go by the titles. His feature debut, Conversation with the Man from the Cupboard, premiered in 1993. Six years later he made Queen of the Angels, but then a whole decade had to pass until I Am Yours. Finally, two years ago he made The Singing Napkin together with the graduates of the Lodz Film School’s acting department. This is a completely unique endeavor: a thesis film instead of the usual thesis stage performance, produced by the school’s rector – launching a new tradition for the Film School and giving his students something of himself. Lastly, Grzegorzek’s encounter with the entire spectrum of youth elicits a sense of returning to his own past, stepping into the realm of independent, unfettered expression, even if it was backed by a venerable institution. 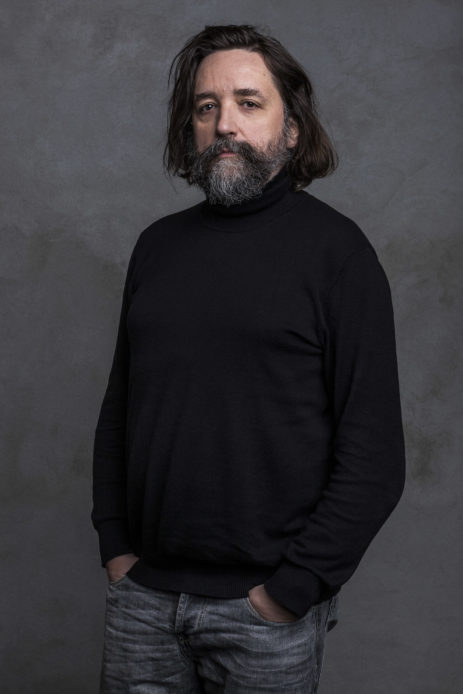 Just four feature films in twenty three years aren’t much – but Mariusz Grzegorzek is in no hurry, he doesn’t feel compelled to race anyone, not even himself. Long breaks between film productions are natural to him, because he got used to them. Plus, he discovered a second home: some time ago, facing the shrinking financial resources in Polish cinematography, movie directors turned to working in theaters. Many of them only did it sporadically, but Mariusz Grzegorzek found a place for himself in stage direction. For many years the theater – specifically, Stefan Jaracz Theatre in Łódź – had been his main haven. There he assembled a group of actors and employed them in various configurations for his subsequent efforts, there he could focus on the texts he’d found. In time he carved himself a niche labeled “Mariusz Grzegorzek’s theater” and accumulated a group of fans who couldn’t imagine not seeing his latest endeavor.

Apart from the Stefan Jaracz Theatre in Łódź, Grzegorzek ended up directing in Warsaw’s Powszechny and Studio, worked in the National Stary Theater in Krakow quite recently, and spent some time in the Jaracz Theater in Olsztyn. Including thesis works, the list of his stage productions numbers 25 – significantly more than his four feature films.

He had no issues getting admitted to the Lodz Film School. “I still can hardly believe that I just blitzed through the entrance exams”

He was born in 1962 in Cieszyn to a family with no artistic inclinations whatsoever. Feeling different since he was a child, he liked being the center of attention, emphasizing his individuality; it has to be said that he successfully plays up this aspect of his personality to this day. A film society, meeting in Celma, a nationally famous power tool factory located in Cieszyn, showed a variety of excellent movies selected by its director, Marian Sabath, who went on to head Poland’s federation of film societies. The teenaged Grzegorzek owed Sabath his first introduction to cinematography, as well as his youthful fascination with the creations of Werner Herzog and Ingmar Bergman, which is still noticeable in his works.

This initial infection with the movie bug developed into a full-blown disease. Grzegorzek watched every film he could, pasted cinema tickets in his diary, jotted down his seat numbers and scattered impressions. The works which shaped his early consciousness include Weir’s Picnic at Hanging Rock and Altman’s 3 Women. At that time he also considered acting, forming Grupa Teatralna Zero; Zbigniew Hołdys, who went on to found Krakow’s Teatr Mumerus, was among the members of the ensemble. Their stage productions had gained more than local fame, but Grzegorzek was already turning to visual arts, painting, drawing, and collaging with a – as he now says – surrealist bent. Persuaded to participate in a national art contest, he placed high, which guaranteed him a spot at a university – no exams required. At first he didn’t want to take this opportunity, but his application to the Academy of Fine Arts in Krakow was turned down. Devastated, Grzegorzek decided to study art history at the Jagiellonian University. “I was in good company, but it was still a horrible slog,” he reminisced. “At that time I did a lot of creative work – painting and drawing – and that mattered the most. Besides, I was already sure that I’d apply to film school.”

He had no issues getting admitted to the Lodz Film School. “I still can hardly believe that I just blitzed through the entrance exams. Meeting Wojciech Jerzy Has was the most important thing about film school – he was a legend, feared and respected in equal measure. When I first attended his class in my second year, I was surprised to find out that he chain-smoked all the time, but never spoke. ‘He completely lacks the power of speech,’ I thought, amazed. But later on he became my true sparring partner; he was the only one who really got this young man gushingly immersed in Joy Division and Dead Can Dance.”

“I’ve always been fascinated by mankind’s innate attraction to self-destruction, by the thin line between madness and normalcy”

Has made it possible for Grzegorzek to create the critically-acclaimed Krakatau (that’s also the name of the production company started by Mariusz and his wife Barbara), as well as his thesis film The Worm based on a Fedor Sologub short story. It’s clear now that Grzegorzek wouldn’t have become a director if it wasn’t for Krakatau. 11 minutes long, this collage shot on 8mm film showed him that he was capable of overcoming his fear of himself. “I defeated my hang-ups and started believing that I could direct,” he said. “I also realized that I don’t do well with traditional, linear plots – I’m about the things that emerge from within, there’s no point fighting this, because that’s where my strength lies. I’ve always been fascinated by mankind’s innate attraction to self-destruction, by the thin line between madness and normalcy – and madness has always been normal to me, while so-called ‘normalcy’ felt like third-rate theatrics.”

Grzegorzek’s feature works bear the mark of this madness. Conversation with the Man from the Cupboard suggestively narrates the sick, toxic love between a mother (Bożena Adamek) and her adult son (Rafał Olbrychski). Extreme, impossible love is shown from two different temporal perspectives in The Queen of the Angels, while I Am Yours, inspired by a Judith Thompson play (he had staged her other works, like Lion in the Street and Habitat), depicts people deadlocked in love and the fine line that divides tenderness and agression. Grzegorzek’s stage performers – Małgorzata Buczkowska, Ireneusz Czop, and Mariusz Ostrowski – did brilliantly in this picture. He also brought Dorota Kolak, an amazing actress previously familiar only to theatergoers, to the silver screen: she won an award in Gdynia for I Am Yours and has been starring in movies ever since.

While his list of films is short, Mariusz Grzegorzek’s accomplishments are still numerous. Thanks to Jerzy Kapuściński, he found work in television, became a fixture in Dwójka (where he made a name for himself as an author of music videos), and – most importantly –  experienced a score of amazing adventures, like creating visual impressions to the music of Meredith Monk and Arvo Parta. He’s serving his second term as rector of the Lodz Film School, even though some have thought that he, a self-proclaimed “art hysterian”, would be entirely unsuitable for the job. He’s teaching his students to overcome their own inhibitions like he did all that time ago.

Grzegorzek’s no longer being pigeonholed as an eccentric, an unconnected artist treated on different terms. He’s returning to the theater that he claims had saved his life – it taught him teamwork and a true interpersonal relationship with actors, framed his anarchic streak in firm rules. The rehearsals to Arthur Miller’s The Crucible are now starting in the Jaracz Theatre in Łódź; the premiere is scheduled for early April.