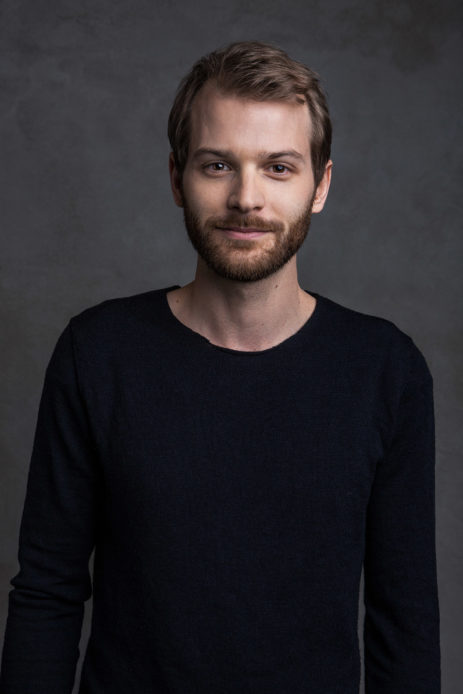 His topics are anger, aggression, rage – the Swedish director, graduate of the Lodz Film School, observes the dark side of human nature, avoiding easy answers to the question of the source of evil

“The longer you look at blackness and whiteness, the more they blur,” Magnus von Horn says. “The thing that irks me the most about modernity is the ease of making unambiguous judgments; people know these opinions aren’t accurate, but they’re seduced by their convenience.”

Whether shooting in his native Sweden or Poland, where he feels at home, von Horn strives to break stereotypes. He found tenderness in a street thug, the protagonist of his documentary Radek; returning to Scandinavia in The Here After, he showed the horrifying viciousness of rich middle-class kids – the social setting he was raised in.

Magnus von Horn was born in Gothenburg in 1983. The child of two engineers, he grew up in the safe suburban community of Kullavik among manicured houses, near forests, beaches, and a marina. “Nowadays this type of neighborhood is called a bubble,” he recalled. “Of course they’re restrictive in some ways, but Kullavik gave me freedom. It let me search, develop my interests, and find my own way.”

Von Horn emphasizes that his movies are European, not Swedish, Polish, or French. His depictions of the marginalized and the comfortable middle class show that Europeans have more similarities than differences

One Christmas his aunt, an indie film distributor, gave him a stack of VHS tapes that included a collection of Kieślowski movies. His grandma loved art. Noticing Magnus’ interests, his father brought him the films that fascinated him as a young man: Kubrick’s A Clockwork Orange and Peckinpah’s Straw Dogs. And when he was in his teens, the 90s tech boom democratized filmmaking.

Magnus shot movies with a small miniDV camera and edited them on his iMac. Realizing he wanted to become a director, he took several courses in filmmaking, including one at the New York Film Academy in Paris, but once he finished high school, media studies didn’t seem attractive – von Horn saw it as an artificial field of study that did nothing to prepare its graduates for creative professions. “I took a course in film studies in Gothenburg and found a job in a production company,” he recounted. “I made good money as a lightning tech and, later, assistant cameraman. But gigs like these are soporific. My buddy told me: You have to ditch this if you want to grow. Drop everything and go to Poland. He was right.”

Drawn to the legendary Film School, which gave us Polański, Wajda, and Skolimowski, von Horn wasn’t disappointed: “This school doesn’t prepare you for the reality of the film market, but I liked it,” he said. “I could spend five years feeling like an artist and learning things that were actually interesting.”

He was also attracted by the myth of Central Europe, eager to discover regions different from the prosperous North: “Everything is homogenizing nowadays,” he proclaimed. “The coffee shop we’re sitting in would look the same in Berlin or New York – but getting here over a decade ago I felt like I’d arrived on a different planet. My first experience? Riding the express train from Warsaw to Lodz, I looked out the window and saw a drunk man lying in a ditch in the middle of nowhere. No one noticed – except me.” 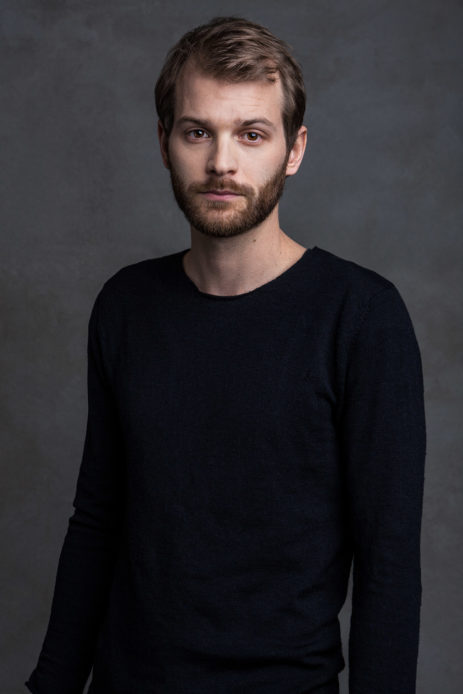 Von Horn was curious, maybe even fascinated by Polish reality. He decided to help a boy living in a children’s home that he’d met during his year zero course: “He played an episodic role in a student film and only spent two days on the set. I had the impression that we exploited and discarded him. Like a thing.”

Magnus started visiting the boy, took him to the movies, gave him a camera – but soon, jumped and robbed by the kid’s older buddies, he realized how naïve he was, how difficult it is to bridge the gap between two worlds.

A similar, but more successful attempt at reaching out is depicted in von Horn’s documentary Radek. The protagonist, his cinematographer’s next-door neighbor, was a thug and an ex-con. This streetwise man,  crude in word as well as deed, became the director’s guide to Lodz. “We became buddies, even though I didn’t speak a lot of Polish back then, which was hilarious,” Magnus recalled. “This film taught me a lot – both about Poland and people. I changed. I learned to trust.”

He found his subjects: anger, aggression, rage. All the emotions that stirred in Radek. But Magnus didn’t want to limit his research into violence to the marginalized communities. He returned to his roots: “Here it can’t be explained away by poverty, alcoholism, or parental abandonment. I decided to diagnose the darker side of the reality of Swedish middle class. I can’t give you any answers, but I wanted to at least ask the questions.”

Together, von Horn’s short Without Snow and feature debut The Here After, both depicting teenagers in Sweden, almost form a diptych. In the short film a tragic event takes place in front of a respectable middle-aged man’s well-maintained house. The director closely watches repressed emotions beginning to mount in this smoothed-over, politically correct society: superficial harmony comes apart at the seams, everyday interactions start to hurt.

This sensation intensifies in the feature The Here After, the story of a teenager returning to his hometown after serving time for a serious crime. The protagonist lives among the same people he knew before, in the same environment that drove him to extremes. While the movie laid bare the tensions lurking in seemingly normal interactions, the young criminal’s ordinariness was the most striking aspect of von Horn’s vision. He wasn’t really different from the other students in his local high school – they, too, could go too far at any moment.

“My movies are always based on honest self-examination,” Magnus von Horn says. “The thing that irks me the most about modernity is the ease of making unambiguous judgments; people know these opinions aren’t accurate”

Another of von Horn’s projects, The Word, also focuses on teenagers, their unhinged emotions, and crime. He didn’t want to make another movie just like it, though – he wrote the script, set in Poland, together with Anna Kazejak, who later brought it to the screen. But Magnus wants to go further.

“My movies are always based on honest self-examination,” he explains. “In my twenties I wanted to evaluate my earlier self; nowadays teenagers make me feel ancient – their consciousness, for example their approach to gender identity, is light years ahead of mine. But now I find it easier to understand myself in the first years of  my independent life.”

His films aren’t Swedish, Polish, or French, he emphasizes – they’re European. Von Horn wants to stay in Poland. He lives with his wife and daughter in the Powiśle neighborhood in Warsaw. He’s working on two other projects – one contemporary, set in Poland, the other a costume drama set in Sweden. “Aggression will be a common thread in both,” he laughs.

As our conversation draws to an end, I ask why didn’t he buy a ticket back North after graduation. “My coworkers, family, and loved ones are here,” he explains. “But I also feel increasingly comfortable with Polish directness, emotional openness, emotional expression. I missed all these in the land of my childhood. And what if I want a breath of Swedish air? We’re living in the 21st century – a  flight to Gothenburg is shorter than a train ride to Krakow.”

2008 The Rise and Fall of Ziggy Stardust (school etude)