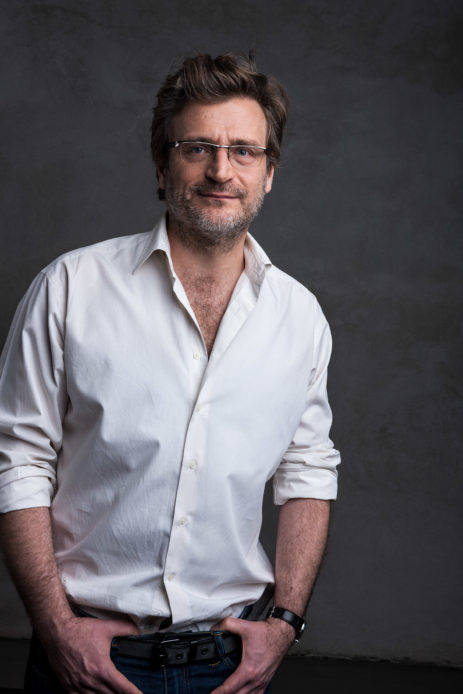 Director and screenwriter. Both his debut “Przystań” (1997) and later movie “The Third” (2004) were shown at film festivals in Poland and worldwide. Awarded with Eagle – Polish Film Award for series “Czas Honoru. Powstanie” (2014). Now his working on a biography of a legendary theatre director “Kantor. Już nigdy tu nie powrócę”.

Known for his delight in changing topics ever since his entry into filmmaking, Jan Hryniak always loved creating stories about artists. Therefore, his new film about the eminent theater director Tadeusz Kantor marks a return to his early passions

He was this close to never becoming a movie director – having gotten a degree in architecture at the Warsaw Technical University, Jan Hryniak seemed destined to spend his life over a drafting table. Architecture was a family tradition; “I’ve always been interested in image manipulation, but as I was making my first choices, “I felt it was too soon to become a filmmaker” – he explained many years later.

However, shortly after starting his studies Hryniak discovered that this profession and life weren’t right for him. He didn’t like spending endless hours hunched over drafts and waiting for tangible results… as well as the fact that they very rarely fully matched the architect’s vision. At that point he felt the time had come to go into movies, though he had yet to discover that cinema also  demanded an ability to compromise and find common ground – with the producers and more.

My work is my hobby – Hryniak says. He makes movies he would like to watch as a viewers

Hryniak made numerous student films during his studies at the Lodz Film School’s department of direction; in 1994, in addition to these practice runs, he started directing documentaries. One of them tracks the legendary American theater ensemble, The Wooster Group, and its longtime director, the charismatic Elizabeth LeCompte. Another, Hotel mistrzów, chronicles the creation of the National Sports Center in Zakopane, a training ground for Polish Olympic athletes. Even a brief glance at Jan Hryniak’s first steps in filmmaking reveals the impressive diversity of his interests; if any single one of these had to take precedence, it would probably be telling tales about artists. Seen from this angle, his newest movie – the still-unfinished Kantor. I Shall Never Return – is the logical continuation of the path Hryniak had chosen.

Even his earliest efforts indicated the birth of an unusual artist, one who wouldn’t cut corners for the sake of quick results. His feature debut, The Harbor, was produced shortly after Hryniak’s graduation from film school. The plot follows Karolina, played by Maja Ostaszewska, a student lounge monitor at a small-town school. She seems to have caught the eye of a visiting businessman from Warsaw, Rafał Królikowski’s Jan; the interest is mutual and Karolina longs for an opportunity to change her life. One of her school pupils, encountered by chance as she sets out to Warsaw to meet with Jan, decides to accompany his beloved teacher. Though the journey strips her of all illusions about Jan, it lets her keep her dignity. 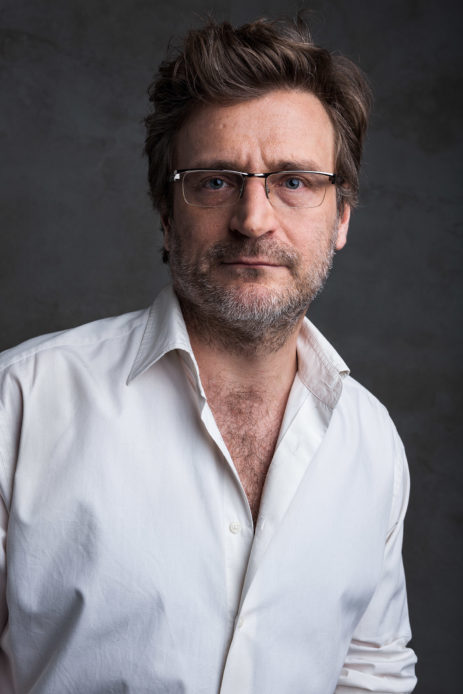 Hryniak emphasizes that he made The Harbor into a movie he’d personally like to watch – a joint effort of a group of peers, a story of the issues that matter to people in their late 20s. This energy radiates from the screen, even though the movie is modest, subtle, and eschews grandeur as it painstakingly shapes a portrait of the protagonist and her accidental young charge. The Harbor received several accolades at the young filmmakers’ festival in Koszalin, raising hopes and whetting appetites for Hryniak’s next film.

However, it took seven years and countless issues with the script and production before The Third was released. By that time Hryniak had already become an acclaimed author of ads and music videos. “My work is my hobby – though ads are commonly assumed to be ‘worse’, I can’t agree with this stance. Advertising can be an art – it’s rare, but it happens,” he explained. The Third was frequently likened to Knife in The Water, but while Polański’s drama had been Hryniak’s inspiration at an early stage of the shooting, only a trace of it remained in the finished product: “Five minutes of dialogue situations and twenty minutes set on a yacht,” he meticulously specified.

The Third tells the story of Paweł (Jacek Poniedziałek) and Ewa (Magdalena Cielecka), a young, well-off couple from Krakow spending their holidays on a luxury yacht. After their craft collides with a smaller boat, they take its owner (Marek Kondrat) on board. As they’re forced to return to Krakow, the stranger draws them into an odd, multifaceted game, revealing hidden grievances and tensions between the couple.

In “The Third” Hryniak gave his protagonists an experience unknown to his peers – a moment to reflect, to look at oneself and take account of one’s life

Hryniak designed The Third as a tale about his generation, obliviously losing itself while seeking even the merest illusion of success. He wanted to give his protagonists an experience unknown to his peers – a moment to reflect, to look at oneself and take account of one’s life.

For his next movie, Trick, Hryniak used a completely different setup, striving to bring pop crime thriller traditions to Polish cinema. Hryniak freely plays with these conventions as he follows a forger of dollar bills (Piotr Adamczyk) and his cellmate The Professor (Marian Dziędziel) during their escape from prison. The star-studded cast also included Karolina Gruszka, Robert Więckiewicz, Andrzej Chyra, and Jerzy Trela.

Czas honoru. Powstanie, Hryniak’s next production following Trick, turned out to be one of the most popular Polish TV series and won numerous awards. His latest film, Kantor, is planned for release in 2017.

Early 2018 will be centered around the premiere of Kantor. I Shall Never Return. The film entered the final stage of production after many financial and organizational hurdles. Several scenes have yet to be shot, including the Florence premiere of one of the most important plays in Kantor’s career, Wielopole, Wielopole, his seaside happening on the Baltic Sea coast, and his presentations in New York’s renowned La MaMa (to be recreated in Poland). Four, maybe five filming days in total.

This project is particularly significant for Hryniak. “I’m following Kantor from 6 years of age until his death during the preparations for Today is my Birthday. Two young boys portray him in his earliest years, then Borys Szyc takes over when Kantor turns 20,” explained the director, clearly thrilled to be working with this popular actor. “We’re neighbors and I’ve been watching Szyc in passing, discovering his resemblance to Kantor. Some people advised me against this choice, but they were wrong – Borys plays a genius and a monster, because the author of The Dead Class was both.

This film isn’t going to be a love letter to Kantor. A series of complex portraits of the artist has emerged from our countless interviews with people closest to him and those who’d met him only briefly; true, he was a man of enormous passion, but he also treated others instrumentally. His personality was extreme and we sincerely want our film to reflect it,” summed up Hryniak. The movie is centered around the premieres of The Dead Class and Wielopole, Wielopole as the peak moments in Kantor’s artistic and personal life. “Setting out from these turning points we’ll discover Kantor’s early life and later years in turn,” he adds. The movie will also star Agnieszka Podsiadlik as Maria Stangret, Paulina Puślednik, Małgorzata Hajewska-Krzysztofik, Jan Frycz, and Mariusz Benoit. This brilliant cast would be hard to match.

2016 Kantor. I Shall Never Return (feature film, in production)