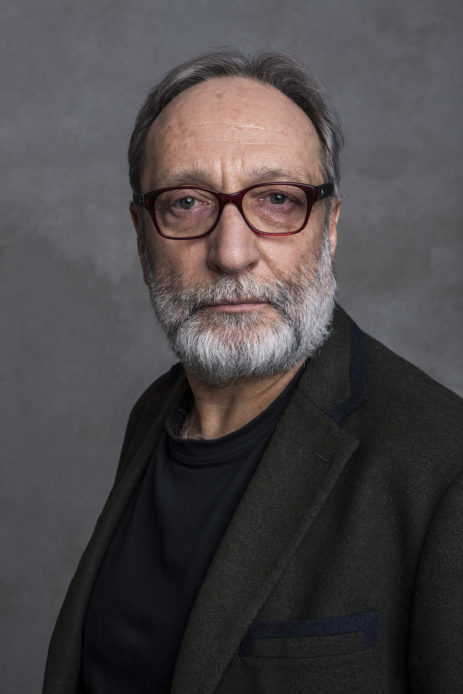 Director, screenwriter and producer. His biography of Ryszard Riedel, lead singer of band Dżem, “Destined for Blues” (2005) received Award for Longest Applause in Gdynia and was the biggest blockbuster of polish cinema on 2005. “Little Rose” (2010) brought him, among very others, Golden Lions in Gdynia and Silver St. George at Moscow International Film Festival for Best Director. His new film “Stars” about legendary Polish soccer player will premier this year.

Jan Kidawa-Błoński always emphasises his love for the classics. He often says that humanity has never created anything more beautiful than Greek temples

His cinema is usually described as “classical”. The construction is usually very precise, the climax is clear. It is easy to get enthralled by the story and forget that this just “just a film”. The images and characters from his movies stuck in our head and haunt for a long time, provoking us to ask ourselves crucial questions about life. In spite of appearances, Kidawa-Błoński’s films are not “safe”. It is a type of cinema that tackles questions about the blurred lines between good and evil, between black and white, a cinema that examines the grey territory of human behaviour. The fact that Kidawa-Błoński is a brilliant craftsman only makes his cinema more compelling.

Jan Kidawa-Błoński tackles questions about the blurred lines between good and evil, between black and white, a cinema that examines the grey territory of human behaviour

In his best film, “Little Rose”, Kidawa-Błoński is swiftly juggling the style of storytelling, from an elegant melodrama to a dark psychological thriller. It is set in the 1960s and tells the story of a young woman, Kamila Sakowicz (Magdalena Boczarska’s best role up to date), who starts a love affair with Roman Rożek (played very eloquently by Robert Więckiewicz). Kamila does not know that her lover is a Secret Service officer until he asks her to seduce the famous writer Warczewski (played by Andrzej Seweryn) and report to Rożek about his behaviour. Things get out of control when Kamila develops real feelings for the writer. “Little Rose” was loosely based on the history of Paweł Jasienica.

The film was both commercially successful and critically acclaimed, but Jasienica’s family did not approve of the film at all, which seems quite unjustified really. It is impossible to limit the artistic imagination of a filmmaker. It would be unrealistic to think that film based on the story of a famous person should be approved by their family. “Little Rose” provoked a public debate about those issues, even though it was not meant to revolutionise Polish cinema, only tell an interesting story. But maybe this is precisely why it turned out so provocative?

Kidawa-Błoński’s biggest hit, “Destined for Blues”, was also seen as provocative. The main character, Ryszard Riedel, the legendary frontman of the Silesia-based band. In the film, Kidawa-Błoński focuses mainly on Riedel’s way to the bottom. Riedel was played by Tomasz Kot, who not only took on his character’s physique, but also conveyed the particular determination. Kot’s goal is not to justify his character, but rather to understand his actions. In the background of the main plot of the film, we can see the Silesia from Riedel’s times, a very unique region in Poland that is a huge part of both Riedel’s and Kidawa-Błoński’s identity. He emphasised numerous times that among all his films, “Destined for Blues” feels the most personal to him. 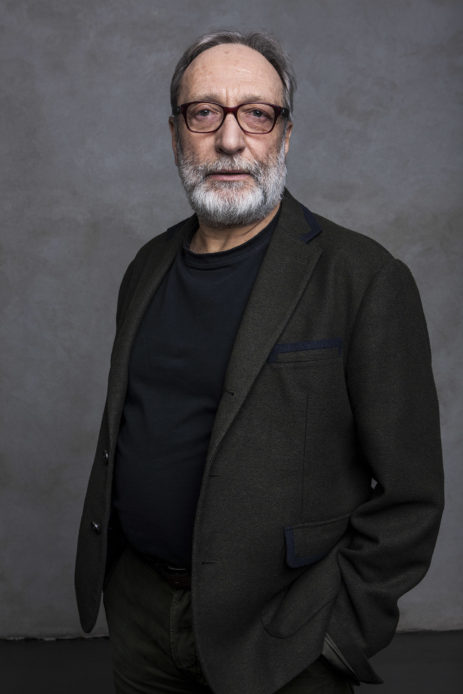 Today, Kidawa-Błoński is 63 years old, he was born in Chorzów, in a tenement house on Truchan street. Three years later, Ryszard Riedel was born in the very same apartment. Riedel’s father was the cousin of Kidawa-Błoński’s father, they were very close and were both model Silesian men – with a strong set of values and a deep faith in patriarchy. The only difference was that Riedel’s father was more strict than his. We could say that with “Destined for Blues”, Kidawa-Błoński has paid his debt to Silesia. Even though it was not his only film to be set there, “Destined for Blues” felt the most personal to him.

Before applying to film school, Kidawa-Błoński studied architecture at the Silesian University of Technology in Gliwice. He never followed a career in architecture, but he has always felt inspired by classical forms and always had the tendency to achieve perfect proportions in his films. He often expressed his disapproval of the fact that many filmmakers refuse to respect the Golden Rule, while architects, designers or photographers are usually faithful to it. That is why in his filmmaking he is always trying to respect it.

Before becoming a director he studied architecture.  In his films he has always felt inspired by classical forms and always had the tendency to achieve perfect proportions in his films

Soon after sterting his education in the Łódź Film School, he relocated to Moscow, where he went to Alexander Stolper’s masterclass at the Gerasimov Institute of Cinematography. One year later, he returned to Łódź, where his most important masters were Henryk Kluba and Andrzej Trzos-Rastawiecki. It was from them that Kidawa-Błoński learned the sense of observation, the ability oto objectify reality, to notice seemingly irrelevant small details. He graduated from film school in 1981, which made him a member of the so-called “lost generation” of cinema during the martial law. His debut feature, “Three Feet Under”, shot in 1984, was set in the 1970s, but had nothing to do with the cinema of moral anxiety. The film broke off with the image Silesia, a very unique, culturally and ethnically complicated region in Poland. The main character of the movie was Nowaczek (played by Jarosław Dunaj), a University of Technology student, who decides to take on a mining job. Many saw the references to Czech cinema and the metaphorical impact of the film: it can be seen as an image of the “Solidarity” movement being suffocated by the authorities.

Kidawa-Błoński’s next film was “Man Things” and was a proof of his fascination with history. The film told the story of the Greater Poland Uprising as saw through the eyes of a little girl. In “The Diary Found in a Hump”, Kidawa-Błoński came back to Silesia. Four years later he made “Virus” – a take on a classic American thriller, rejected by critics, who did not notice the director’s intention to make a pastiche of the genre.

We already discussed the most important films in Kidawa-Błoński’s career. “Destined for Blues” and “Little Rose” are the two movies that are most indicative of his cinematic style. “I like to watch people, to examine their behaviour, to push their limits. I like to watch people fighting the temptation to give into each and every single seven of the deadly sins” – this is Kidawa-Błoński’s creed. His more recent films are “In Secret” with another great role by Magdalena Boczarska and “Stars”, set in Silesia in the 1970s. The film tells the story of a talented football player from Górnik Zabrze, Jan Banaś (Mateusz Kościukiewicz).

Kidawa-Błoński definitely loves to take risks. When he wanted to open his own production house Gambit, he decided to sell the house that belonged to him and his wife, Małgorzata. In 1990, he decided to become the director of the Polish Filmmakers Association in order to help the film industry get through the challenging period right after the political transformations. The task proved to be extremely difficult, because Kidawa-Błoński wanted to unite the broken, confused Polish film world. A brave idealist, is he not?