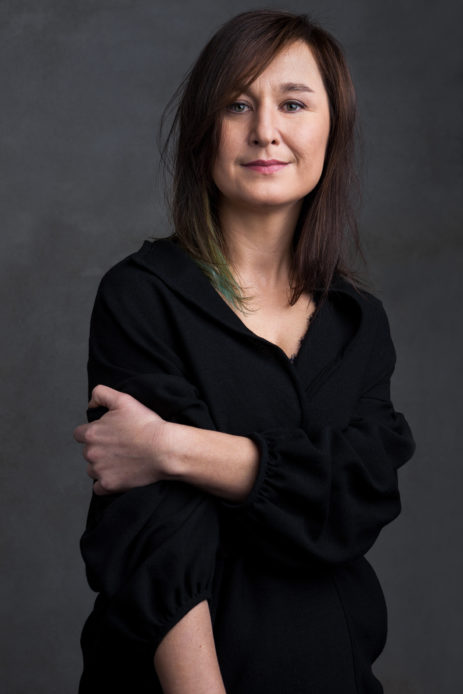 Director and screenwriter. Her short documentary “Hanoi — Warsaw” (2009) about Vietnamese immigrants in Poland won the European Film Award. In Great Britain she made “Flying Blind” (2012), awarded at Koszalin Film Festival for Young Cinema with Grand Prix and was shown at Edinburgh International Film Festival. Member of European Film Academy.

Katarzyna Klimkiewicz mostly works abroad, setting herself up as an observer and commentator on seemingly culturally alien phenomena. Her films prove that the division between local and universal art have become obsolete in our times

The artistic journeys of the author of Flying Blind  show that in the age of fluid modernity, creativity doesn’t have to be permanently tied down at one location. “Everything is a part of a greater whole. I see myself as a part of this greater whole,” Klimkiewicz said. Monika Talarczyk-Gubała, an eminent film historian and expert on women’s cinema, says the young director’s works should be considered from a transnational standpoint. “The subject matter of Klimkiewicz’s movies indicates a unique sensitivity and direction in the world, coupled with a sense of belonging to a greater whole; she tries to understand the social, economic, and historical factors that constantly knock this greater whole off-balance,” Talarczyk-Gubała wrote in her latest book on Polish cinema, recently published by Universitas.

The transnational character of Klimkiewicz’s works is reflected in their international appeal – they were very well-received in Berlin, Rotterdam, and Edinburgh, and her acclaimed short film Hanoi-Warsaw won a European Film Award.

The award-winning short Hanoi-Warsaw reflected a need to shed light on the everyday life of immigrants. “Their stories were shocking, but what was even more shocking was the fact that no one discussed them out loud,” Klimkiewicz said

The future filmmaker discovered cinema purely by accident. Her parents were trying to get their temperamental offspring under control and away from a bad crowd; that’s how Klimkiewicz found herself enrolled in an amateur film club at 16. This new passion led her to the Lodz Film School’s direction department, where she decided that the scope of her career would not be limited to Poland. During a student exchange program in Leeds, Klimkiewicz made Treading Water (1999), a school film that was her first international project. In hindsight, though, she says that she learned more about the profession by making short segments for a TV show about art than she did at film schools.

Her first major documentary, Labirynt Krystiana Lupy (2003), was also made for TV; this portrait of one of the most important Polish theatrical directors was filmed throughout the rehearsals to Clara’s Relationships based on the play by Dea Loher (Teatr Rozmaitości, 2003). Meeting Lupa was a powerful experience for Klimkiewicz. “It was an opportunity to take a close look at the creative process of an extraordinary artist. Our discussions had a tremendous impact on me; it was there that I first grasped the importance of intuition in directing. It’s good to leave a little room for adrenalin and uncertainty, to let yourself find the answers right there on the stage or set,” she recalled. 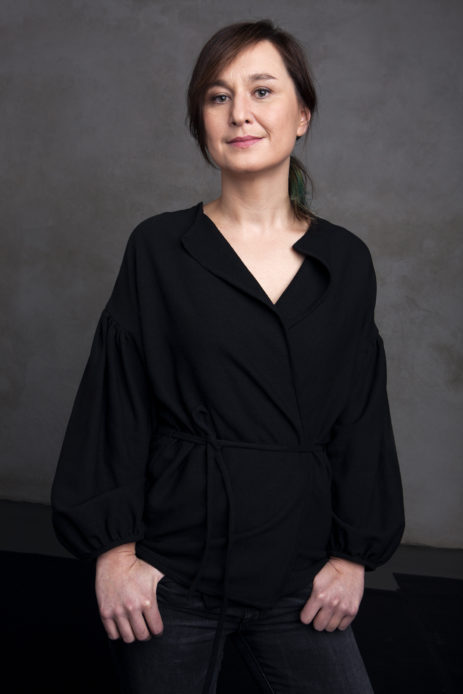 Following her intuition, Klimkiewicz set her sights on opportunities for creative development abroad. She met Andrew Friedman at the Berlinale Talent Campus in 2006. Working together launched Friedman and Klimkiewicz to international success as their short film Wasserschlacht. The Great Border War won the Berlin Today Award in 2007. The pair of young filmmakers set out to observe life in Friedrichshain and Kreuzberg. There’s a long-standing rivalry between these neighboring districts, once divided by the border between Eastern and Western Europe; their residents gather every year at the Oberbaum bridge to wage a ritual battle – Wasserschlacht, an absurd, often comical scuffle for  supremacy in the neighborhood. The directors regard these local squabbles with humor and irony, never picking sides in the famous conflict.

After producing Wasserschlacht, Klimkiewicz went to Amsterdam on a two-year grant from the prestigious Binger Film Lab. Her next movie, Hanoi-Warsaw, made after her return to Poland, was a career breakthrough: this entry to the Kino Polska TV station’s young talent contest went on to win the European Film Award for best short.

Hanoi-Warsaw was inspired by the traumatic experiences of Vietnamese immigrants who managed the difficult trip to Poland – their “promised land”. The protagonist, Mai Anh, is a young Vietnamese girl. It’s through her eyes that we watch the brutality, violence, and other indignities that illegal immigrants suffer at every stage of their journey.

“Many of their stories were profoundly shocking. I hadn’t realized that the experiences of Vietnamese immigrants would be so painful,” the director recalled in an interview. “I couldn’t believe that nobody talked about these issues. The events in Hanoi-Warsaw could have happened; I did my best to make the movie believable and realistic. Every situation depicted in the film could have actually happened.”

After Hanoi-Warsaw the author focused on the documentary short Nothing to Lose (2009). Travel, an important theme in Klimkiewicz’s works, is in the foreground of this Polish-Israeli coproduction. Following a pair of young Israelis wandering around the country with all their belongings, the author showed the living conditions of the people encountering her protagonists.

Her biggest triumph is the fact that she manages to put us into the shoes of her protagonist,” critics said about Klimkiewicz’s feature debut, Flying Blind, the story of a middle-aged British woman’s affair with a young Algerian student

Klimkiewicz owes the next great step of her career – her feature debut – to Hanoi-Warsaw. A British producer, Alison Sterling, saw the short at the Encounters festival in Bristol and invited its director to work on a collaborative project with the BBC. There, Klimkiewicz made Flying Blind, starring the award-winning Helen McCrory (Skyfall, The Queen). The Polish director chronicled the love affair of a mature, successful British woman and a significantly younger student from Algeria. Klimkiewicz used the storyline to strike up a dialogue with the tropes of the spy thriller genre, previously the sole domain of the male perspective. In Flying Blind, a woman sets the terms in a world dominated by men, demonstrating her independence every step of the way and setting the boundaries of her own intimacy.

“Klimkiewicz fluidly, effortlessly weaves with remarkable self-awareness between romance and political drama, two vastly different genres. But her biggest triumph is the fact that she manages to put us into the shoes of her protagonist,” wrote Screen Invasion’s Daniel Sarath in his review of Flying Blind. Klimkiewicz’s British debut was very well received in Poland: Flying Blind was a smashing success at the young filmmaker festival in Koszalin (Grand Prix for “definitely the best debut of the year” and journalists’ choice award).

A legendary Polish movie star will be the protagonist of Klimkiewicz’s next film.  “I find Kalina Jędrusik’s sex appeal and energy fascinating. She wielded them like a weapon, but in the end she became trapped by her public persona,” the director said.

A year later Klimkiewicz went back to the short form, co-creating La isla with Chilean director Dominga Sotomayor Castillo. Winner of the Tiger Award at the Rotterdam festival, this short film has an interesting backstory. Its two directors were brought together by the Copenhagen film festival CPH:DOX, whose mission is to connect creators across borders. La isla is an experimental work in the slow cinema genre. In this short film, inspired by Polish poet Wisława Szymborska’s poem about a car accident, the titulary island becomes the backdrop to a family gathering as three women – a mother, a wife, and a daughter – await the arrival of a man who’s an important part of their lives. The long wait morphs into emotional vivisection: reminiscing about their memories, they drift into a nostalgic contemplation of bygone times. The clever way of building – or rather, prolonging – suspense, leading eventually to an emotional breakthrough, is one of the more interesting aspects of this cinematic puzzle, along with its on-screen depictions of the titulary island.

Klimkiewicz is currently finishing the screenplay of her next film – her first entirely Polish production. The author of Flying Blind is planning to depict Kalina Jędrusik, a legendary Polish actress and sex symbol of the Communist era. “I won’t chronicle her whole life, the movie will only focus on one stage of her glamorous life. Jędrusik has a semi-mythical status in Poland; she was a living legend of her times. I’m fascinated by her power and sex appeal, the qualities that everyone saw as the essence of her personality. Jędrusik wielded them like a weapon, fiercely and consciously, but this sexy persona also kept her constrained. She was ahead of her times; the story of her life and her sparkling personality still remain fresh and relevant,” Klimkiewicz said.

2009 Nothing to Lose (documentary)