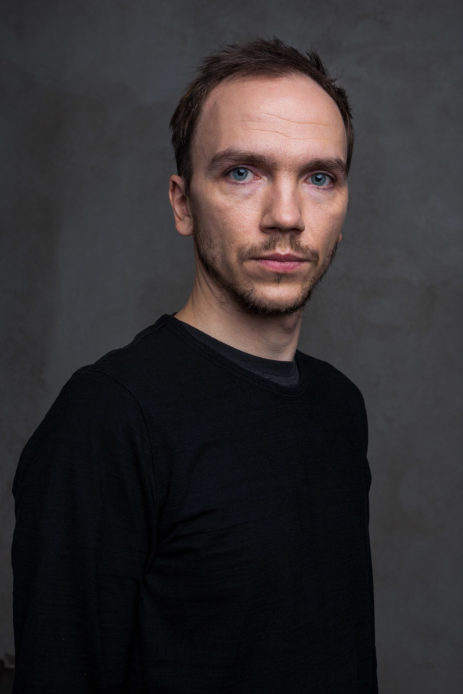 Author of one of the most popular movies in past decade, a big-budget story about Warsaw Uprising, “Warsaw 44” (2014). Nominated for Eagles Polish Film Awards for Best Directing and Best Film.  His debut “Suicide Room” (2011) was a box office hit and brought him Silver Lions, on of the most importatnt prizes in Polish cinema.

His films are like the music he uses on his soundtracks. Classic fugues mix with Scandinavian electronica, and pop hits mix with hip-hop

Struggling with extreme emotions, a teenager from “Suicide Room” tries to take his life as Chopin plays in the background, while the insurrectionists from “Warsaw 44” make their way through sewers to the beat of dubstep. But this wild mix of seemingly disjunctive styles and genres is guided by unwavering logic. After all, emotions can also be jagged, chaotic, and untamed. Especially when you’re dealing with young people, who are Komasa’s favorite subject.

He shows their emotional turmoil on screen. “By making films about teenagers, I feel like I’m kind of reclaiming that wonderful moment of suspension between childhood and adulthood for myself,” he comments. “It’s a time when you see reality so very clearly, as if it were cut out with a razor. Everything seems just so big, so important, and so painfully true.”

Although he was born in 1981 in Poznań, he was raised in Warsaw’s Praga district. A neighborhood into which the middle class hardly ever ventured in those days. A boy from an artistic family, the son of an established actor and a TV journalist, collided here with a completely different reality: “I was robbed on my way home from school almost daily,” he recalls. “Sometimes the same group picked on me twice a day. After the first time by the tram depot, they’d run away towards the train station. I got on my tram, and when I got off, we’d bump into each other again.”

Komasa quickly earned a reputation as one of the most talented artists of his generation. But he didn’t want to cut corners and take every project that came his way

He lost his wallet a couple of times, but gained a sensitivity towards social issues. When studying directing at the Lodz Film School, he felt most at home at classes conducted by documentarians: Dorota Kędzierzawska and Kazimierz Karabasz. And in “Ode to Joy” he observed Poland’s post-transformation inequalities in action.

This film was the first portrait of young people emigrating from Poland en masse. It consisted of three debut etudes: by Anna Kazejak, Maciej Migas, and Komasa. The director, himself quite deeply rooted in hip-hop culture, showed a contemporary misalliance. A rapper from the projects and a wealthy middle class girl. There’s a spark. But they are separated by everything: their lifestyle, aspirations, values, even the way they talk. In this energetic film, social divides become insurmountable.

Komasa earned himself a reputation as one of the most talented artists of his generation. But he didn’t want to cut corners and take every project that came his way. Especially since his eclectic imagination never pointed him towards simple, intimate films. 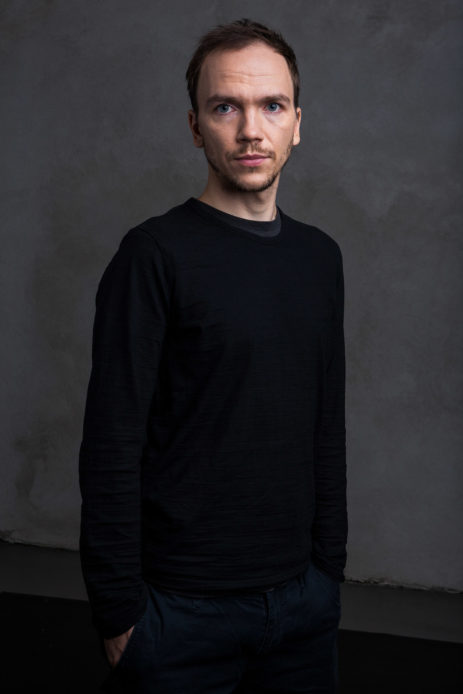 He learned responsibility, supported his family doing commercials. But another film was brewing inside him. In “Wysokie Obcasy”, a supplement to “Gazeta Wyborcza” dedicated to issues of social and gender equality, he read an article about a girl who committed suicide at 21. When he googled the name of her mother, his film popped up. The woman had worked on the soundtrack for “Ode to Joy”. He asked her to tell him about the tragic fate of her daughter.

“Magda lived in a comfortable house outside the city,” he recalls. “She had great, intelligent sisters, her father was a cameraman in the Television Information Agency, her mother only returned to work after she had raised her children. After high school, Magda was looking for her path. She started studying at the Warsaw School of Economics, then she dropped it to pursue sociology at the Warsaw University. She was involved in social activism, helping homeless children in Ukraine. Her doctors never diagnosed any mental disorder, and only prescribed her the weakest anti-depressants. At 21, Magda took her own life. I couldn’t help but ask her mother why. She replied: I don’t know.”

He wrote a hard-hitting script about a boy from a so-called “good family”. But your parents’ status can’t protect you from the pain of adolescence. The film’s protagonist becomes ostracized at school. He looks for acceptance in an Internet community, the titular “Suicide Room”. He gets lost in the reality created by this virtual group of people.

Komasa’s feature-length debut was another bulls eye. He was the first in Poland to talk about the dangers of growing up in a world in which online existence turns out to be painfully real. He made a quivering film in which everything is perched precariously on a knife’s edge. He reminded everyone about the mastery of actors Agata Kulesza and Krzysztof Pieczyński, made a star out of Kuba Gierszał, and attracted almost 850 thousand moviegoers. But once again, he didn’t allow himself to be swept up by the success.

His began his several-year-long slog with “Warsaw ‘44” – the high-budget tale about the Warsaw Uprising, Warsaw’s struggle against the German occupiers, but also against the Russians awaiting on the other side of Vistula. It was a tragic manifestation of inner freedom that cost a great number of members of young intelligentsia their lives.

He didn’t shoot a slick puff piece. He showed carnage. But he also showed people who couldn’t have made any other choice. Because that’s how they were raised, those were their values, it was in their blood. He faithfully presented the views of people who threw themselves at tanks with simple pistols and bottles of gasoline. And, once again, he made a film about youth.

“I was drawn to the story by universal values,” he said. “Revolution, an attempt to change the world, the courage to fight for your beliefs. The cry “I’ve had enough of being disrespected, having my dignity and my freedom taken from me, of that which I hold dear being ridiculed.” For me, »Warsaw ‘44« is a story about people who took up arms in order to stay true to themselves. And that’s what is so wildly important today. No matter the era, the spirit of resistance is always the same. In »Warsaw ‘44«, in today’s Ukraine, in the Syrian city of Homs.”

“Warsaw ‘44” was not a puff piece. Komasa showed carnage. But he also showed people who couldn’t have made any other choice

“Warsaw ‘44” started a debate. It was screened at the National Stadium on the anniversary of the Rising, with the uprising’s participants in attendance. Two million people went to see the film in cinemas. Not everyone was ready for the scenes that tell the heroic story using the language of pop culture. But that was precisely the strength of Komasa’s film. The insurrectionists’ hearts pounded to a modern beat.

While he was working on “Warsaw ‘44” The Warsaw Rising Museum became his second home. Somewhere along the way, he saw unique archival footage and suggested that it be made into a documentary film.The incredible documentary “Warsaw Uprising”. usues  footage shot by actual insurrectionists. The director worked hard to reconstruct the images and the dialogue. “We worked with an expert specializing in lip-reading, but also with a deaf-mute person,” said Komasa while working on the film. “Warsaw Uprising” was a phenomenal success – 600 thousand people saw it in cinemas, which rarely even distribute documentary films to begin with.

And Komasa? Once again, he didn’t jump blindly into the next thing. He doesn’t need to. He has his commercials, and he shot a season of the ambitious TV series “Krew z krwi”, starring Agata Kulesza. He is also developing further projects, including a historic film about Irena Gut-Opdyke. Except somewhere along the way – despite his youthful appearance – he stopped being Polish cinema’s wunderkind.

“That’s just how it goes,” he sighs. “I was 20 when my first child was born. Mere years after I ended up at an optician because I colored my contact lenses with a marker pen to look like the guy from Prodigy. And now? Another blink of an eye and I’m over 30, a father of two, bending over backwards so that my daughter doesn’t see me with a beer. And from time to time I catch myself having the camera operator pause on a shot showing the body of a teenaged actor. Because I know my skin will never look this young again.”