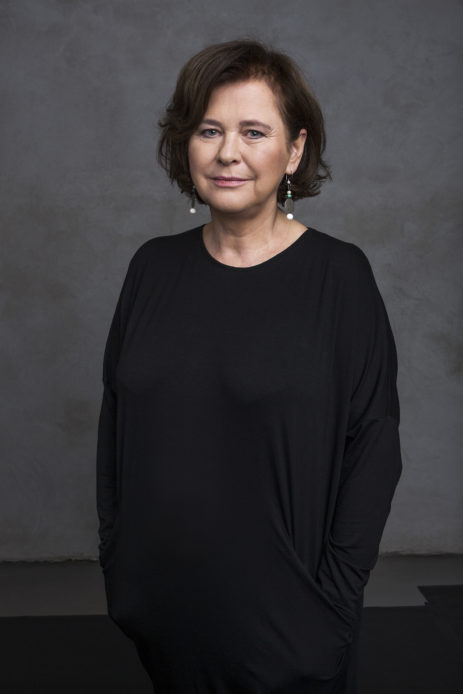 Director and screenwriter. Her short „1 — 1” (1986) won the Jury Award at Munich. For “Amok” awarded with Best Debut Director Prize in Gdynia. She is an author of many widely discussed documentaries and well recieved TV plays. Member of Polish Film Academy.

Filmmaking was her childhood dream – one of the movies that pushed her toward directing was Polański’s “Knife in the Water”. She also admires the works of Antonioni, Coppola, and Krzysztof Kieślowski; as she once said, “I didn’t study under Kieślowski, but he was my guru”

She has degrees in Polish philology and film direction, from the University of Warsaw and  the Lodz Film School respectively. Her student short, 1-1, starring Małgorzata Potocka and Dariusz Siatkowski, won numerous awards at festivals in Poland and abroad, including Krakow, Koszalin, Turin,  Bilbao, Oberhausen (five wins including the main prize and the FIPRESCI award,) and Nîmes (three awards, one of them for best direction.)

Koryncka-Gruz is a prolific documentary filmmaker, often tracking the lives of renowned artists: “Demoniczne” kobiety Witkacego (1995) about Stanisław Witkiewicz or Zbig (2000, recipient of the Krakow Film Festival award) about Zbigniew Rybczyński, author of the Oscar-winning short film Tango, ever seeking new ways to make and perceive movies. Three of her documentaries chronicled the achievements of Krzysztof Kieślowski; Koryncka-Gruz met Kieślowski while he was working on Three Colours: White. “Watching him work helped me shape my personal approach to directing. He put his body and soul into the film. Absolute involvement,” Koryncka-Gruz reminisced.

She also created poignant social documentaries – her heart-rending Bezprizorni was a close look at the lives of homeless children of St Petersburg: bounced around shelters, orphanages, and cold city streets, the kids hustle for money, often stealing or huffing glue.

Krzysztof Kieślowski. Trzy kolory (1993) is Koryncka-Gruz’s coverage of the Cannes festival; she also documented Kieślowski’s unusual encounter with Wim Wenders (Kieślowski spotyka Wendersa, 1994.) After the great director’s death Koryncka-Gruz produced the poignant Krótki film o Krzysztofie Kieślowskim (1996): “I took all the questions asked by the protagonists of his films and arranged them chronologically. The result was simply amazing – Kieślowski had been extremely persistently and intimately asking the very same existential questions from the beginning to the end of his career: Who are you? What do you want?,” the director recalled.

She also produced touching social documentaries, like Błota po wodzie (1998) about rural survivors of a massive flood in the Opolskie voivodeship. In 1996 she filmed Henia tamta i ta, a documentary based on Lidia Ostałowska’s article about Communist-era opposition heroine Henryka Krzywonos. Meeting Ostałowska spurred Koryncka-Gruz to make her next film, Bezprizorni (1997,) about homeless children in St. Petersburg: bounced between shelters, orphanages, and cold streets, the kids hustle for money and often steal or huff glue. “Out of all my works, this film was the most traumatizing,” the director said. “I realized I couldn’t fix the world with my camera, I could only accompany people in their suffering; I feel that’s not enough for me. There’s a line I don’t want to cross as a camera-wielding filmmaker.” 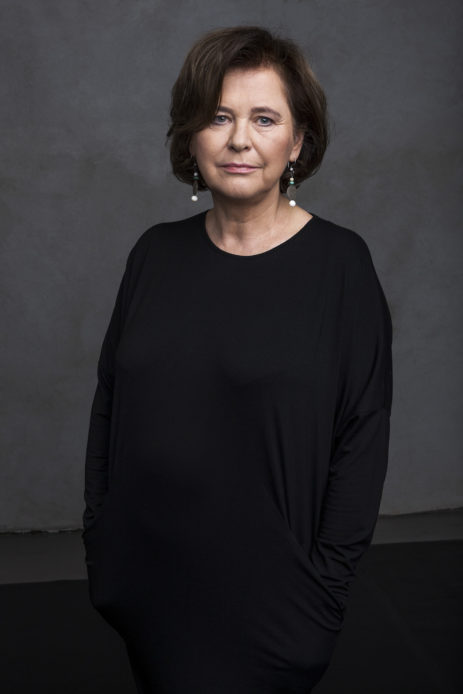 And so Natalia Koryncka-Gruz stepped away from documentaries, directing her feature debut in 1998. Amok tells the story of Maciek (Rafał Maćkowiak,) a young journalist tasked with making a radio piece on the Warsaw stock exchange: in its infancy at the time, but already stimulating public imagination with visions of fortunes growing and crumbling in the blink of an eye. The young journalist, initiated into the mysteries of the bourse by Max (Mirosław Baka,) a veteran broker, succumbs to this fantasy. According to a critic writing for the Film magazine, Amok, nominated to the Eagles in three categories and lauded as the best debut at the Gdynia festival, was a new voice in Polish cinema, showing “the dawn of a new time when someone’s profit is invariably based on someone else’s loss.” Koryncka-Gruz said she always tries to keep an eye on the zeitgeist: “The reality of these times first gave me the two protagonists, followed by the stage for their activities – the stock exchange. I think there’s something missing from the cinematic depictions of the period immediately following the 1989 regime change in Poland. It was a fascinating, cinegenic period of incredible successes and equally impressive failures. The actual life stories of certain people are basically a gold mine of ready, unused film scripts.”

Six years later Koryncka-Gruz filmed a 60-minute TV movie, Piekło, niebo (2004) – a surprisingly bright look at childhood sexual abuse. Following a young vicar (Bartosz Głogowski) as he prepares young Marta (Justyna Lorenc) to her First Communion and first confession, the director leads her protagonists – particularly Marta’s father (played by Jan Frycz) – to face their own transgressions and the possibility of forgiveness. “I’ve always felt torn between two rival tendencies struggling within me,” the director revealed many years later. “On the one hand, there’s understanding of human suffering; on the other, the need to create something bright and joyful. That’s why my movies alternate between shadow and light.”

“Amok”, her award-winning feature debut, was one of the first accurate portrayals of newly post-Communist Poland – a world where someone has to lose for someone else to gain.

Natalia Koryncka-Gruz devoted many years to directing TV series and plays: The Little Prince (1994,) Ewa Lachnit’s contemporary drama The Bread Thieves (2002,) or Inka 1946 (2006) based on the play by Wojciech Tomczyk. Portrayed by Karolina Kominek-Skuratowicz, the titular Inka, Danuta Siedzikówna, fought in the Home Army during World War II. Captured by Communist secret police after the war and falsely accused of killing the wounded, she was sentenced to death. “Inka was a victim of judicial murder and a smear campaign – they slanderously called her bloody Inka, even though she didn’t even carry a gun,” Wojciech Tomczyk recollected. “This isn’t a political play,” the director explained. “It’s the story of an 18-year-old girl caught up in history – partly due to her own decisions, partly by accident. A tragic character in the classical sense, Inka faced a terrible choice: she could live – or she could remain true to her values.”

Koryncka-Gruz didn’t make another feature film until 2014, when she produced Warsaw by Night. “Of course I wish I could make new movies whenever I wanted, but it’s not that simple,” she explained. “Marek Modzelewski wrote the script to Warsaw by Night in one month; financing the film took four years. When producers kept dropping my project, I ended up investing my own resources and starting a production company. I handled every stage of the process, including distribution.”

A subtle hint of Kieślowski’s influence can be observed in Warsaw by Night: the plot revolves around the entirely unrelated stories of four women (portrayed by Iza Kuna, Roma Gąsiorowska, Stanisława Celińska, and Marta Mazurek) who meet by chance in the titular night club. Their lives almost mirror one another like a set of alternative fates, amplified by a sequence where twin taxi drivers discuss bilocation. “Despite the physical presence of their loved ones, my protagonists are painfully lonely, tormented by questions about the nature of love, passion, and fidelity,” Koryncka-Gruz said in an interview. “That’s why they impulsively decide to experiment. Even though each of them constantly plays someone else, it  inevitably gets them closer to the truth about themselves.”