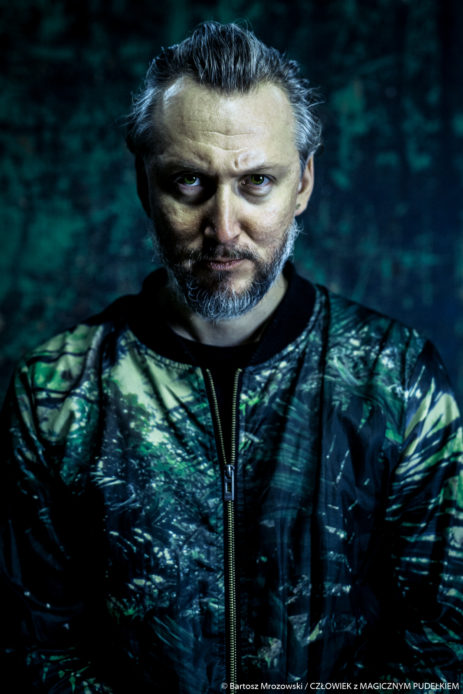 Director and screenwriter, for many years a prominent figure in polish independent film scene. For “Don’t Panic” (2007) awarded with Special Jury Prize at Gdynia Film Festival (Independent Section) and in Łódź. “The Girl from the Wardrobe” (2012), his professional cinema debut, won multiple awards, including Eagle for Discovery of Year. Currently he is working on sci-fi movie “Man from a Magic Box”.

He started out as a punk rocker to soon become an unquestionable icon of independent film. Today, he’s considered to be one of the most interesting figures in Polish auteur cinema. His moniker was inspired by U2’s leader Bono Vox. Here’s Bodo Kox in all his glory

Director, screenwriter, actor. Once an icon of independent film, today considered to be one of the most interesting figures of Polish auteur cinema. But he had known that he would become an artist long before he became fascinated with film. “I tried being a poet, but wasn’t good at it. I tried painting, but that was even worse” – he recalls in one of his interviews. For five years, he was in a punk rock band called Evviva L’Arte with his friends from grammar school. “I always wanted to be a rock star, to express myself on stage through music and lyrics. But I can’t sing, I don’t have the ear for that, so I did this spoken word thing instead,” he admitted. It was during his punk band period that he came up with his moniker, inspired by U2’s Bono Vox. The moniker which is now also on his ID, and – as he proclaims – “will be engraved on my tombstone”.

His first foray into directing was a film he made as a joke, “Crime, sorry” (2003) based on his short crime story about three detectives. On its set, he met Dominik Matwiejczyk, who would soon become one of the key figures in Polish independent film. Kox appeared in his film “Bolączka sobotniej nocy” (2003), and the following year in “Krew z nosa” (2004), for which role he received the Offskar – the Polish Independent Film award for Best Actor. “I started evolving towards film,” says Kox. “I found the perfect medium to express myself, because film has it all – words, images, and music”.

In his independent work, he balanced on the edge of experiment and provocative humor, loosely referencing films by Chan-wook Park, Scorsese, and Tarantino

Over the next few years, he made a dozen independent films – of varying length – that sometimes bordered on video art, including “Trrr” (2004), “Silverman” (2004), “The Look-Alike” (2006), or the multiple award winning “Marco P. i złodzieje rowerów” (2005) about the revenge enacted by an avid cyclist on people who stole his bike. He balanced on the edge of experiment and provocative humor, loosely referencing films by Chan-wook Park, Martin Scorsese, or Quentin Tarantino. He was inspired by comic books, because “comics are a sort of shorthand: simple images, simple text, simple adventure stories. And I use the same shorthand in my films, I paint everything using very broad strokes”.

“Don’t Panic!” (2007) is considered to be his official farewell with independent cinema. It tells the story of the kidnapping of a McDonald’s mascot. The film stars Marcin Dorociński and Teresa Sawicka, and the soundtrack was provided by the band Pustki. But already two years earlier, at the Gdynia Film Festival, when he was receiving awards for acting in two independent films: “Homo Father” by Piotr Matwiejczyk and “Ugór” by Dominik Matwiejczyk, he proclaimed from the stage: “Independent cinema is growing in strength. We’ll catch up with you!”. 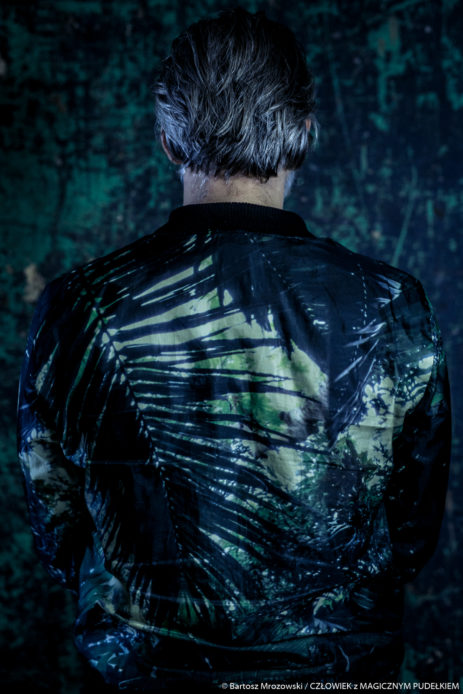 Bodo Kox started systematically implementing this plan. “There was always more intuition than directing in my films,” he would often repeat. “I didn’t come up, like most Polish filmmakers, through film schools. And when you’re on the outside of a group and have no contact with it, you don’t speak its language. I’m like a guy from a different country, who »speaks Polish with an accent«”. Still, he decided to give formal education a try, and in 2010 began studies at the Department of Film and TV Directing of the Lodz Film School (he had earlier gotten a diploma in Polish studies, specializing in journalism). There, he made the etude “Moon River” (2011) starring Maria Seweryn and Wojciech Mecwaldowski. He also took part in the “Ekran” workshops at the Wajda Film School: and it was Bodo Kox (together with Agnieszka Smoczyńska) who in 2016 accepted on behalf of the departed Andrzej Wajda the Lifetime Achievement European Film Award.

In terms of the so-called professional cinema, his feature-length debut (“I’ve already had three of these debuts in my life”) was “The Girl from the Wardrobe” (2012). “I wrote the script as a thirty-year-old, but made the film as a thirty-five-year-old. Five years is a lot of time for someone who is maturing. That period taught me humility” – explained the director. The project was shopped around various producers for a while before ending up at the Documentary and Feature Film Studios.

The titular girl (Magda Różańska) is living in her own world. When life overwhelms her, she hides in her wardrobe, seeing her room as a tropical jungle, the shop clerk as an exotic animal, and the youths in the courtyard as soulsucking zombies. And it’s not just because she smokes pot: Magda deeply believes in parallel realities and “multiverses”. Her neighbors are Tomek (Wojciech Mecwaldowski) and his brother Jacek (Piotr Głowacki) – the first one an autistic idiot  savant, the latter devoted to caring for his brother, which complicates his personal life.

“I hide in the wardrobe to escape reality, which tends to get to me sometimes,” says Bodo Kox. “Some people face their problems, others run away from them. I find solace in isolation when I feel exhausted”. He admits that cinema is also a means of escape for him: “The Girl from the Wardrobe” is a kind of contemporary, bittersweet fairy tale. About people treated as weirdos, but also about the need to be open to that which is different and not easily categorized. About metaphysical longings that can just as easily lead to drugs as to strengthening your relationships with others. But it’s also about everyday life that refuses to arrange itself into a great narrative, but instead evolves solely through small words, gestures, images, and anecdotes.

His latest film, “The Man with the Magic Box” takes places in Warsaw in 2030. “Time travel is a form of therapy for me,” says Bodo Kox

The success of the witty, funny, and melancholy “The Girl from the Wardrobe” was such that Bodo Kox became “a great hope of Polish cinema”. This was confirmed by awards – the director received, among other trophies, the Eagle for Discovery of the Year, an award for the best debut at the Cottbus festival, as well as special mentions in Rome, Budapest, New York, Chicago, Łagów, Tarnów, and Koszalin. “The reception of this film made me believe that I really could call myself a director,” said Kox. “But I also realized that I’m only just warming up, still searching for my language. And that I can start growing bolder on this quest.”

In 2015, Kox made his first production for TV Theatre – “Amazonia”, based on a play by Michał Walczak, starring Adam Woronowicz, Marcin Dorociński, and Jakub Gierszał. “I feel like I have to keep learning, and this is a great way to hone your craft,” explained the director. Also in 2015, he received in Cannes a special mention, as part of the Kieślowski ScripTeast Award, for the script of his latest film “The Man with the Magic Box”. During the workshop, he worked with the celebrated American script doctor and screenwriter Tom Abrams.

His current project, “The Man with the Magic Box”, takes place in Warsaw in 2030. “The world has gone through another trauma, we have terrorist attacks, rampant nationalism, constant invigilation and indoctrination,” explains Kox. But that’s just the background: the main protagonist is the amnesiac Adam (Piotr Polak). Just when his relationship with Goria (Olga Bołądź) is starting to take off, the man discovers in his apartment an old radio that acts as a teleport and transports him to 1952.

“Time travel is a form of therapy for me,” admitted the director when he was shooting the movie (which wrapped in December 2016). “I’d like to live somewhere else, so I escape into my imaginary worlds. I write scripts, and sometimes I even get to make them. That’s my escape.” “The Man with the Magic Box” is set to premiere in 2017.

2017 The Man with the Magic Box (feature film, in production)

2012 The Girl from the Wardrobe (feature film)