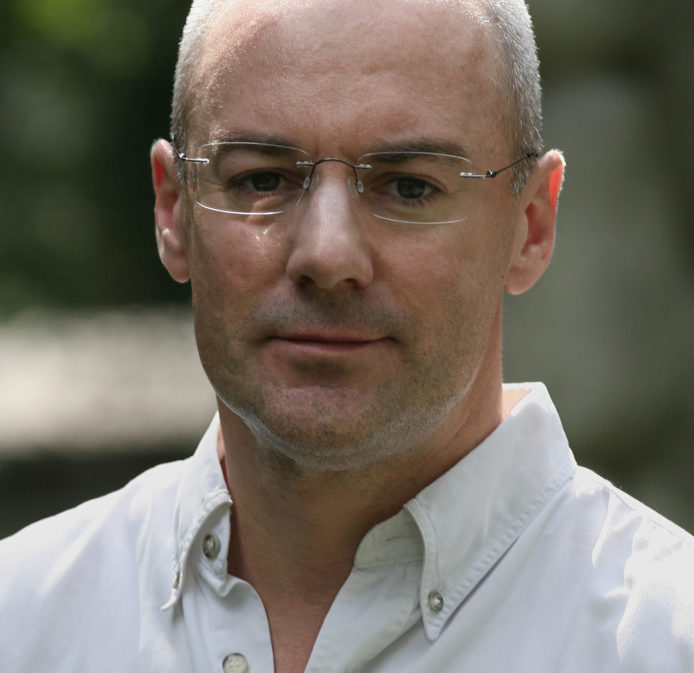 Before becoming a director he gratuated from Psychology Department. His short „Somthing Was Taken From Me” (1999) awarded in New York, Bologna and Łódź. For “Manhunt” (2012), movie based on family stories of guerrilla during World War II, he received Silver Lions and Eagle for Best Film.

Marcin Krzyształowicz has shot four full-length features and he has made a name in the Polish film world, one of the reasons being his fluency in various genres. He treats every film as a testing ground, a chance to learn a new dialect of the language of cinema

His “Eucalyptus” was the first Polish “perverted western” and was described as the most “trippy” film in the history of Polish cinema. His next film, “The End of Holiday” was an intimate, lw-key story with a touch of a good crime story. The notorious “Manhunt” was often seen as a brutal thriller, but in reality the film was an emotional story of crime and punishment, a morality tale with moments of true biblical value. His third film, “The Kindergarten Lady”, seemingly a comedy, turned out to be a nostalgic story about our longing for our childhood years. The film was a charming, Czech-comedy-like attempt to show the reality of the People’s Republic in a slightly more nostalgic light.

He treats every film as a testing ground, a chance to learn a new dialect of the language of cinema

Krzyształowicz’s cinema would definitely have been different if he had not graduated from psychology at the Jagiellonian University before going to film school. He comes from Cracow and openly admits that he would not be able to live in any other city: “I guess I should say that I’m just destined for Cracow”. Initially, Krzyształowicz was very serious about a career in psychology.

However, he has always had a love for cinema, ever since he watched French movies with his father on TVP 2 at 21.30. The passion for cinema made him go to a cinema studies course. This was the moment he felt that he would never escape, that he just will not be able to get rid of this virus. The natural thing to do was to apply to the Łódź Film School. Even though he was not admitted right away, but on the third attempt, he never gave up his dream.

Many years later he claimed that his failures learned him a great deal about cinema. When Krzyształowicz was in film school, his two professors – Kazimierz Karabasz and Lidia Zonn, pushed him towards documentary filmmaking. He immediately discovered the potential of watching the world around us with a camera. His first success came with the thirteen-minute short film “Something Was Taken From Me” won awards in New York, Sienna, Bologna, Zakopane and Szczecin. In the film, we could see that the young filmmaker was not scared to tackle challenging topics. The student film told the story of a Jewish woman and a gestapo officer set in Cracow. “Something Was Taken From Me” was not a documentary sensu stricto. Today, we would call it a fictionalised documentary – it combined interviews with the woman, fictionalised scenes and archival footage.

Krzyształowicz showcased his love for taking risks, or, as some would say, to pure madness in his feature film “Eucalyptus”. It was an extravagant pastiche of the western genre stylised for movies like “Rio Bravo”. Polish actors (Krzysztof Globisz, Leszek Zdybał, Adam Ferency, Dorota Stalińska, Renata Dancewicz and the director’s favourite professor from film school, Henryk Kluba) acted in German and English, Polish dialogs were read by the legendary voice actor Jan Suzin. The film was clearly meant to be a sophisticated joke, which was appreciated at the “Youth and Cinema”, where the film won the main award. Sadly, the movie did not go into distribution. Today, it is remembered as a curiosity, from time to time someone mentions the funny, eccentric western.

Krzyształowicz does not have fond memories about his next film, “The End of Holiday”. He wanted  to make a traditionally shot full-feature, but he does not like to go back to it. After “The End of Holiday”, Krzyształowicz started working for the commercial television TVN and became one of the main directors of various television series, like “On Wspólna”, “Exam on Life” or the Polish adaptation of “Ugly Betty”. Krzyształowicz treated directing TV series as a regular, daytime job. He appreciated the ability to work on his craft and  the comfort of having a steady pay check.

“Manhunt” was an emotional story of crime and punishment, a morality tale with moments of true biblical value.

Real success for Krzyształowicz came with the film “Manhunt”. The main dramatic axis was inspired by the real story of the director’s father, former Home Army soldier, who received an order to kidnap his friend, a snitch for the gestapo. Some real-life elements, as the nom de guerre “Otter” and some locations around Rytra in Beskid Sądecki were used in the film. However, it was no the realism that made “Manhunt” a brilliant film. Krzyształowicz managed to convey the emotional impact and the tension within the story. The movie’s style comes close to a thriller, but the director swiftly bends and plays with the genre. The film turns into a morality tale, a parable about crime and punishment. “Manhunt” tells the story of the eternal evil within every human. The actors, Marcin Dorociński and Maciej Stuhr, who were cast against their emploi, created beautiful roles. Especially Stuhr surprised both critics and wide audiences with a heart-wrenching performance.

Krzyształowicz himself called “Manhunt” his second debut. In his next film, “The Kindergarten Lady”, a nostalgic tale set during the times of the Poeple’s Republic in Cracow, Krzyształowicz wanted to emphasise that he is not attached to any one particular genre. Once again, he took a risk and once again, he invited brilliant actors on the set: Krystyna Janda, Agata Kulesza, Karolina Gruszka, Adam Woronowicz, Marian Dziędziel and Łukasz Simlat. Currently, Krzyształowicz is working on the fully feature-length version of the story from “Something Was Taken From Me”. This time, the main character will be the gestapo officer. We can be sure of one thing – it is definitely going to be interesting.

1999 Something Was Taken From Me (school etude)