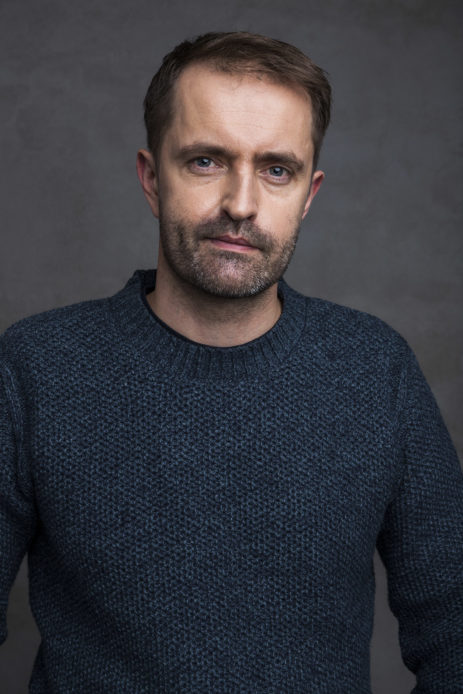 His first film “My Town” (2002) was chosen the best debut of decade at Koszalin Film Festival for Young Cinema and honored in Gdynia. Reception of his second production “Erratum” (2011) was even better — shown at festivals from South Korea to USA and awarded with Best Debut or Second Movie Award in Gdynia. Lechki also directs great TV series for HBO.

Marek Lechki’s films were born out of a long evolving passion. He comes from Wołów, a small town between Lubin and Wrocław, where he spent his childhood. After graduating from high school, he continued his education at the Cultural Management and Library Studies Institute in Wrocław. It was in Wrocław that he started to discover high quality cinema, which soon turned into a kind of addiction. The love for cinema originated Lechki’s first amateur films and since they gained recognition at film festivals, the natural consequence was to apply for the Krzysztof Kieślowski Faculty of Radio and Television at the University of Silesia.

Lechki’s cinematic masters proved to have a huge artistic influence on his own movies. His style was shaped by the poetic, metaphorical cinema of Andrei Tarkovsky, Elem Klimov or Witold Leszczyński

Lechki’s cinematic masters proved to have a huge artistic influence on his own movies. If we consider “My City” or “Erratum”, Lechki’s only two feature films up to date, we can easily see how his style was shaped by the poetic, metaphorical cinema of Andrei Tarkovsky, Elem Klimov or Witold Leszczyński. When we examine Lechki’s aesthetic, it should also come as no surprise that he was awarded  the Wojciech Jerzy Has Award. In his movies, Lechki demands a similar concentration, attention that the aforementioned great masters. Like them, Lechki does not, by any means, rush the plot in his movies. On the contrary, his movies are built upon minute details and intricately built storytelling constructs.

Lechki’s movies are told with a quiet, calm voice, in lower-case letters. “Art is about selfless acts of sharing. Of course only initially are they truly selfless, then comes the anticipation for the audience’s reaction. But first, there is the urge to share your sense of wonder and enchantment with the world” – said Marek Lechki in an interview with the monthly “Kino” in 2002, when he was only 27 years old and at the beginning of his artistic path. 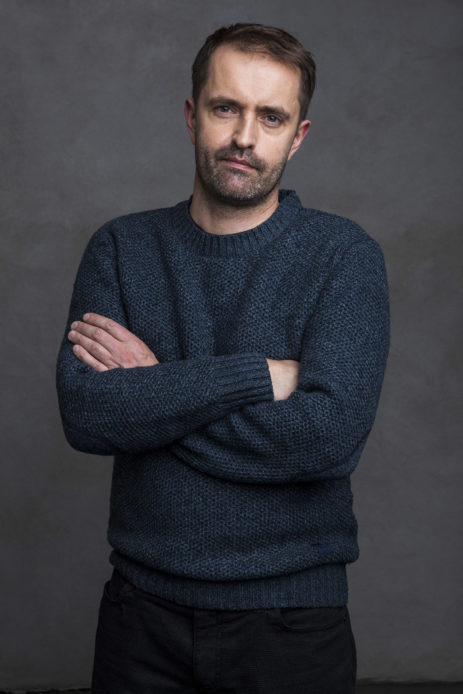 The style of Lechki’s movies was strongly influenced by his cinematic masters, however the plot itself is often based on Lechki’s own observations from his childhood backyard or his closest environment. “My City” would be a good example of that (the film was a part of a bigger project called “Generation”, other films within the project were directed by Artur Urbański, Maciej Pieprzyca or Iwona Siekierzyńska, so Lechki entered the world of filmmaking together with a strong group of other talented young directors).

The central point of the universe showed in Lechki’s movie is a block of flats on the outskirts of one of the cities in Upper Silesia (a region in Poland) seen through the eyes of the protagonist, the 25-year-old Stanisław “Goździk”. Lechki was upfront about the fact that the main character possessed a lot of Lechki’s own features. He also admitted to have lived in a very similar block of flats to the one shown in the movie.

“My City” was well received by the viewers, it won many awards, like the Special Jury Mention at the Gdynia Film Festival or the Super Jantar for the Best Debut Feature of the Decade at the “Youth and Film” Festival in Koszalin. The jury emphasised that despite his young age, Lechki has managed to find his own voice, characterised by a warmth and kindness towards his characters, but at the same time by an undoubtable touch of melancholy. Despite all that, the first viewers of the movie pointed out that the general message of the film was laced with a sense of hope. The emphasis on hope was something that set Lechki apart from the contemporary tendencies in Polish cinema, which, at that time, sought for exploring the darker side of reality rather than delving into the brighter side.

Lechki’s next feature, “Erratum”, nearly did not make it to the production stage. Despite the favourable opinion of the experts from the Polish Film Institute, Lechki struggled for a long time to gather all the necessary resources to start the shoot off. Finally, he decided to be the producer of his own movie, because he was well aware that the film was either going to be shot then or never. As he admitted in the interviews from that time, Lechki came close to giving up film directing during that period. “Erratum” could be seen as a movie about reconciliation and its natural consequence, redemption.

The thirty year old Michał (played by Tomasz Kot), an accounting office worker, comes back to his home town. He is travelling there for business, but he also wants to see his father whom he despises (a fantastic come-back by Ryszard Kotys). The protagonist wants to come to come clean about his life by going through a painful revisitation of his past. The film was called a morality play with an openness to life – which only goes to show that Lechki possesses a rare talent to talk about vital matters of life under the disguise of a story about the mundane.

One of the most poignant scenes in the movie shows Michał (Tomasz Kot) as he tries to gather up his courage to knock to his father’s door and renew their relationship. Lechki’s debut feature shows him as a mature artist, who stays true to himself and is constantly working on his cinematic style. His originality shines in the theatre play “Disease”, which Lechki considers the final part of the trilogy started by “My City” and followed by “Erratum”. The play was considered a conscious reference to the style of the cinema of moral anxiety. We can only hope that one day the play will be adapted into a movie or a theatre staging, with none other than Marek Lechki as the director.