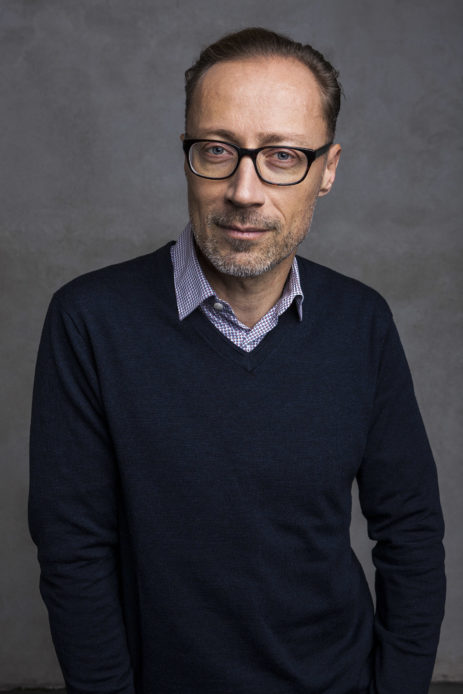 Writer and director born in Polish-French family. After graduating La Fémis film school he made several documentaries and short film. His full-lenght feature film “The Mole” (2010) won the Audience Award in Koszalin Film Festival of Young Cinema and was shown during the Montréal World Film Festival and Gdynia Film Festival. Decorated with Ordre des Arts et des Lettres by French Minister of Culture.

„Artists have an important responsibility now: they have to keep reminding us about the world’s complexity. About that fact that simple populist visions are always false and mustn’t be followed,” says Rafael Lewandowski. And that’s what his films are about. Both in his documentaries, and in his feature film “The Mole”, he shows people who cannot be pigeonholed

He is interested in clashes of cultures and the crossing of boundaries. Including internal ones. It’s in his blood. He was born in 1969 in Reims, in Champagne. His father, an artist, left his country for love – for a French student whom he met in Karpacz. “It wasn’t a dramatic escape,” says the director. “Thanks to the invitation from her family, he got a visa, left after graduating from university, and simply never went back. He remained a Pole for the rest of his life, but also fit right into the French society. In France, being a foreign artist is très chic.”

Rafael grew up knowing his roots. He visited Poland regularly, learned her tastes, scents, her atmosphere. He would visit his aunt Cela, who became his surrogate grandmother. “I saw the world on both sides of the wall,” he recalls. “The East idealized the West. The West demonized the East. But beyond the Iron Curtain there were also people who lived and loved. Life went on – it might have been more difficult at times, more gray, but it was normal. I watched it in the 1970s. After martial law, for six years I was barred from entering Poland due to my father’s work in France against the Polish communist regime. I think that’s when I felt the most Polish.”

In “The Mole”, he offered a fresh look at his homeland, and managed to talk about the pressing issue of lustration in a universal way

He participated with his father in demonstrations and campaigns for the victims of December. By the time he turned 18, he knew he wanted to make movies. He went to Paris, and pursued film studies at the Sorbonne, and then directing at La fémis. In his documentaries, he examines Polish history. “An artist should know where he is from,” he explains. “I had in me the French culture with its rational, Cartesian way of thinking. But I also had some of that Polish sensibility – our romanticism.”

In “Cela” he portrayed his aunt – the one whom he used to visit – a beautiful, older woman. He studied the way her biography was intertwined with the fate of her country, and showed a generation ravaged by history, war, and changing political systems. He conducted interviews with Holocaust survivors for the Steven Spielberg Foundation, and his “Cień na duszy” showed the set designer Willy Holt talking about his experiences in Auschwitz. 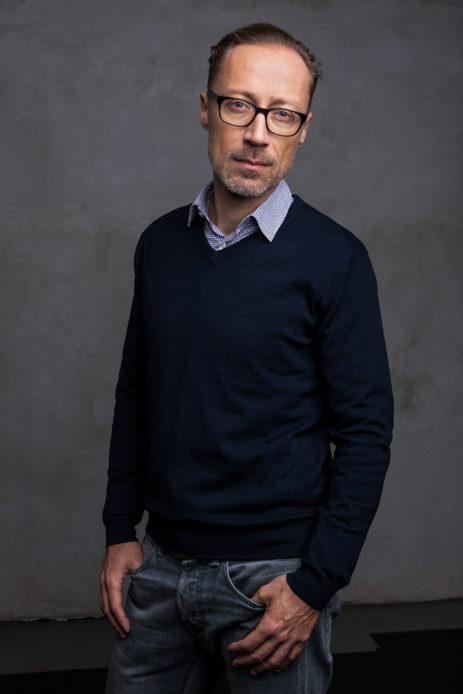 His country kept calling to him. “After film school, I quickly realized that I couldn’t ignore my biggest asset,” he said. “Kieślowski had died. Poland disappeared from French screens. And I had a sense that there was a whole reality there that demanded to be described.”

He moved to Warsaw. In “Children of Solidarity” he observed the clash of two generations: Solidarity activists, and their children who were raised in a different reality. He critically reviewed the myth that he himself grew up on, but also offered a diagnosis the present. I ask if distance has changed his outlook. “Yes, because I saw that some issues, difficult and painful as they may be, were not exclusively Polish,” he replied. “Major corruption, inflation, crises… Western nations went through the same thing. I didn’t have a Polish complex. Besides, thanks to my background, I wasn’t making films just for Poles, but instead tried to look for universal truths. I think I managed to do that with >>The Mole<<. I showed it at many festivals. Even if someone didn’t know Polish history, they understood the inherent tragedy and were able to relate to it.”

It was him, a half-Frenchman, who looked at Poland with a fresh set of eyes, and took on one of its most pressing issues. Media were flooded with stories about the lustration: sifting through people’s files, unearthing proof of collaboration. “In the US, when you have a big scandal, several months later someone goes on set in Hollywood to tell its story. It’s the same in France. And us?” he asks. “We just watch and wait. I don’t get that.”

He made a film about a former opposition activist who is accused of having worked for the secret police. The director didn’t take sides in the conflict, he was only interested in the moral dilemmas forced upon people in complicated times. He reminded us that there is no black and white. Judging the past using simple ethics is not just anachronistic, but also unjust.

An artist should know where he is from – declares Lewandowski – I combine the French rational, Cartesian way of thinking with Polish romanticism

That same year, in “Bye Bye Dublin”, he returned to the issue of emigration. “I feel like Poles see it as an escape, as ‘breaking out” of your homeland to go to a land of plenty. But I’m a child of the economic crisis. It happened when I was at school. That was when the golden age of French economic development ended. We constantly heard from teachers about the horrible forecasts, the hardship, the unemployment”.

He also portrayed artists, like the marvellous Jerzy Mierzejewski in “Sztuka milczenia”. But also in their lives, he found something that spoke to him. Like in “Minkowski | Saga”. “This famous conductor was born in France and seemingly had nothing to do with Poland anymore,” says Lewandowski about his protagonist. “Only in his forties did he feel an urge to learn something more about his Warsaw family. Fleeing the war, they left everything they held dear in Poland. None of them were alive anymore, but they left behind pain and longing, passed down from generation to generation.”

Lately, the group of émigrés captured by Lewandowski on film was joined by Zygmunt Lubicz Zalewski. This intellectual and independence activist spent most of his life in France. The film “Z dala od orkiestry” tells the story of his life.

Lewandowski himself grew into his father’s homeland. He has a son here, Anton, who is bilingual and whom his father wants to raise as a European. He still doesn’t care for the foul weather between the end of February and April. He wishes Poles would loosen up and act warmer towards each other in everyday life. But he feels at home here. He likes Warsaw’s cultural life, somewhat more limited than its Parisian equivalent, but far more accessible. Here, you can just go into the philharmonic and buy tickets without having reserved them months in advance, and then on your way home you might come across a jazz or rock concert. Most of all, he is fascinated by the fact that the world is changing every day.

“My French uncle counted money in millions of francs,” he recalls. “In the currency that predates not only the euro, but also the denomination of 1958. And Poland? In 1996, I had a hard time buying batteries in downtown Warsaw. Now I live in a modern European city. I don’t know how I will explain to my son what it’s like to spend 5 hours in a queue just to buy toilet paper.”