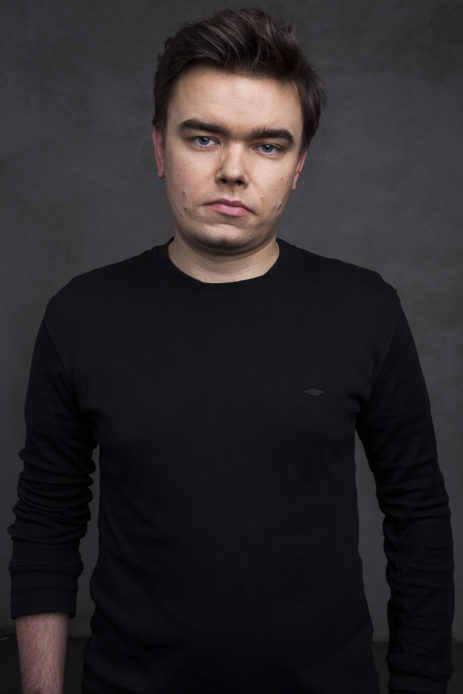 One of the most promising Polish directors of young generation. His debut “The Last Family” (2016) story of legendary painter Zdzislaw Beksinski family was described as „the most mature debut of last years” and won dozen awards all over the world. Earlier Matuszyński made
an HBO produced acclaimed documentary “Deep Love” .

„Increasingly often our musings on reality are constrained to the 140 characters of a tweet, or the 160 characters of a text message” – says Jan P. Matuszyński. “I fear that if nothing changes, my currently three-year-old son will never experience a real, profound conversation. And that’s what I’m looking for in cinema. As it turns out, I’m not the only one”

His first feature film, “The Last Family”, garnered enthusiastic reviews and was seen by 500 thousand moviegoers. In Gdynia, it received the Golden Lions – during the 2016 edition of the festival, which was dominated by young filmmakers. As many as 7 from the 16 competition entries were debuts.

“I don’t feel as if we’re speaking with one voice as a generation,” stresses the director, “but we are united in the fact that we grew up during the heyday of VHS rental stores, where films starring Van Damme or Schwarzenegger stood right next to the works of Greenaway, Lynch, Herzog. This left us with a conviction that cinema can be democratic, so today we want to reach both the fans of Jason Bourne, and the underground filmmakers of Korea.”

He was born in 1984 and raised in an intelligentsia family. His mother was an academic, his father a TV journalist and publisher. Supposedly both of them had once dreamed of an artistic career. Life had other plans, but they instilled in their son a respect for the arts.

“Confrontations were celebratory in my house. Mom often traveled to England and brought back dozens of VHS tapes, we also went to the nearby »Kosmos« cinema daily and discussed the latest premieres,” recalls Matuszyński. “My parents didn’t impose any limitations on me. They had no problems with taking me in 1994 to see »Pulp Fiction«.”

He was 10 when he decided what he wanted to do in the future: “I liked watching those movies and figured that making them would be even more fun,” he laughs. “For three days I dreamed of being an actor, then thought: Why do that, if I could be a director instead?”

He pursued his dream unwaveringly. He got into a film discussion club, read, watched, participated in a film knowledge contest. As he admits, often at the expense of his high school curriculum. He had one goal: after graduating high school, in the same year in which the Lodz Film School rejected his application at the first stage of the recruiting process, he was accepted into the Department of Radio and Television in Katowice. It was there, during his sophomore year, that he met Kacper Fertacz, his cinematographer. He shot his first etudes. But things weren’t always rosy: “At times things were really fun in Katowice, but I sometimes missed having a dialogue, and a sense of community. Everyone did their thing, competing, as if cinema was a race you could win. Plus, I felt additionally excluded, as I didn’t smoke, wasn’t particularly fond of vodka, and didn’t live at the dorm” – he recalls. 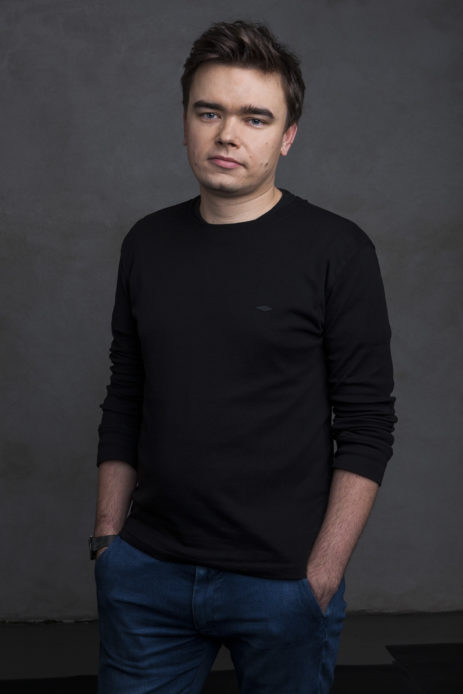 After graduating, he enrolled in a documentary seminar at the Wajda School and finally found what he was looking for: a dialogue. “These long conversations in the Nissen hut on Chełmska really shaped who I am today.”

He knew what sort of films he wanted to make. Already in his etude “Together”, inspired by an article on euthanasia, he portrayed two people who have to confront death, disease, their own deficiency, and weakness. “I’m interested in protagonists whose perception of themselves clashes with reality” – he explains.

He stays true to these topics. For “Deep Love”, he was approached by a producer, Marta Łachacz. It was she who found the film’s protagonist, Janusz Solarz. His passion was scuba diving. A severe stroke left him partly paralyzed, but he didn’t want to stop diving. Matuszyński followed his attempts with a camera crew. Even though he knew that one day Solarz might not return to the surface. Or could return in an even worse condition.

“That is why, not just for ethical or legal reasons, the scene at the notary public was so important to us,” says the director. “In it Janusz, who can’t speak, and therefore has limited contact with the outside world, clearly expresses his will. Knowing the dangers, he consciously decides to pursue his passion. Because he can’t live without it.”

But Matuszyński showed something more. Just as important in the film is Asia, Solarz’s partner, who awaits him on the bank. “Deep Love” turns into a beautiful, ambiguous story about love, understanding, and respect for other people’s decisions –  one that also features a subtle examination of the fine line between fascination and egoism.

Matuszyński’s ability to examine various aspects of human relationships was also on display in “The Last Family”. The film shows the painter Zdzisław Beksiński and his family between 1977 and 2005. The director created a painful chronicle of death punctuated by the suicide of his son Tomasz, the funerals of his mother, mother in law, wife, and the murder of Zdzisław himself. But it is also a record of life, filled with nuances, eschewing simple tricks and judgments. “I was annoyed by how easily people pigeonholed this artist,” explains the director. “The press was content with a catchy phrase: The Beksiński Curse. The disconnect between Zdzisław’s life and his myth was staggering.”

Matuszyński looked for a script for his debut for four years. Now he is once again beginning a search for a subject and a text

Matuszyński made a film about the contagiousness of psychological problems, about being unable to talk about feelings, about all the unspoken problems that poison into everyday life. But also one about love that is difficult to express and shines through in subtle gestures. About depression and fear for someone you love. About art, the act of recording and filtering the world through the lens of your sensibility.

The main scene-stealers here are Andrzej Seweryn and Dawid Ogrodnik. But, just as was the case with Joanna in “Deep Love”, Matuszyński took a particularly close look at the person who was seemingly overshadowed by the men – Zofia Beksińska, the wife and mother (played excellently by Aleksandra Konieczna) who does everything to make this household function in some way.

The film was showered with awards and invitations to festivals. Jan P. Matuszyński was declared a revelation of Polish film. But he’s not exactly someone who thrives in the limelight. I asked him if his introverted nature didn’t get in the way of his work. “I’ve reconciled myself with the fact that I don’t make a good first impression, and look in photos like a glum lurker or a surly thug,” he says. “I don’t fight it, because there’s nothing worse than a fake, cultivated smile. My producers are the charmers, I’m more at home in the night, shooting footage at minus 13 degrees centigrade in a forest in Bieszczady.”

That is precisely where he is working on “The Border”, an HBO TV series. But he underscores that he doesn’t want to throw himself blindly into further projects and rush his next film: “I’m annoyed by this pressure. I devoted 95% of 2016 to work. I need to slow down a bit. I’m reminded of Janusz’s words: I sleep five and a half hour a day, and the rest is all work.That’s what he was saying before he had a stroke.”

Matuszyński looked for a script for his debut for four years. Now he is once again beginning a search for a subject and a text. I half-jokingly asked if this great director, who revels in having his protagonists grapple with suffering, death, and emotional disconnect, will ever make a cheerful film about kindness and the poetry of everyday life. “But that’s precisely what »The Last Family« is about,” he responds. “About the incredible things that can happen every day in a cramped flat in a communist era housing project. Is it really that glum?”