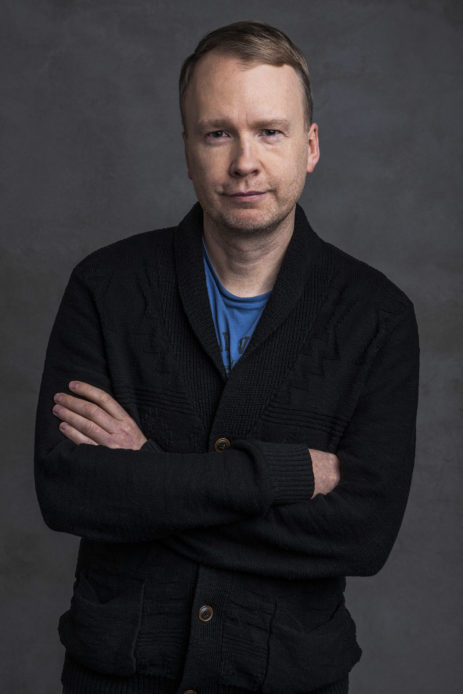 In his debut “Daas” (2011) he recalls Jacob Frank, Polish-Jewish mystic and self-proclaimed prophet. The movie was universally hailed in Poland as one of the most original debuts of the past few years and granted in Koszalin and  Andrzej Munk Award given by Lodz Film School. Currently he is working on “Werewolf”, a story of kids survivors from Gross-Rosen death camp.

He graduated in directing from the Department of Radio and Television of the Silesian University, and from the Wajda School, but his background is also in architecture: and indeed, one of the defining characteristics of his films is the brilliant and deliberate use of space

But spatial and script logic is intrinsically tied in Panek’s films to the dominant theme of the intangibility of reality, the murkiness of the world. And its mysteries – chief among them being the mystery of the human mind and psyche.

After graduating, he got his start directing music videos, such as the Yach award nominated “Gnijący świat” by T. Love or “Warszawka” by Bohema. “It was an excellent opportunity to enter an interesting industry and learn my craft,” – he recalls. His first film was “Męczeństwo Mariana” (2008), produced for TV as part of the “30 Minutes” program for debuting directors, about the titular Marian (Mateusz Grydlik), a young religion teacher who decides to move to the country and teach at a local school.

He got his start directing videos, for example for T. Love and Bohema. Today he sees it as an excellent way to learn one’s craft.

At first, Marian appears beset from all sides by increasingly absurd suspicions: first that he’s gay (“there’s something feminine, delicate about you” – suggests the school principal), then that he’s a pedophile, and finally that he kidnapped one of the students. But the features of the world in which Marian has found himself start getting blurry: shocking situations and bizarre occurrences (such as the comatose father of a local shop owner concealed behind a curtain) grow increasingly frequent. Maybe it’s just a twisted dream of a man on the run from something, who even though he studied Polish and theology, would now “rather be a garbage man”? Maybe he really is – as he claims – plagued by a strange light that looks like a UFO? Or maybe – as a girl from the local store suggests – Marian is suffering from schizophrenia?

As is usually the case in Panek’s films, there is no clear answer, although the title of his next film, a short, could offer a clue. “My Poor Head” (2009) was made as part of the Dekalog 89+ cycle. It’s not the world that can’t be figured out, but the human brain – suggests the director. Even if – as in “My Poor Head” – its condition seems understandable: After the death of his wife, a father (Mariusz Bonaszewski) suffers a mental breakdown that turns into acute depression. He lies in bed for weeks on end, barely eating and barely talking. The only person who fights for him is his teenaged son whose teacher (Adrianna Biedrzyńska) threatens that if his father doesn’t come to the school, she will initiate proceedings to strip him of parental rights.

The son tries to save the situation, forcing his father to get cleaned up and leave the house. But Panek’s film, awarded the Golden Bear for the best short film in Dresden, shows mainly that rationality and adulthood are illusions – mere roles that we start playing and for which we can one day “forget our lines”. It’s no coincidence that in the two moments in which the boy and the father’s entire future is decided, the teenager focuses mostly on the teacher’s cleavage, and the father compliments her on her beauty. By seemingly switching roles, they prove how alike they are. 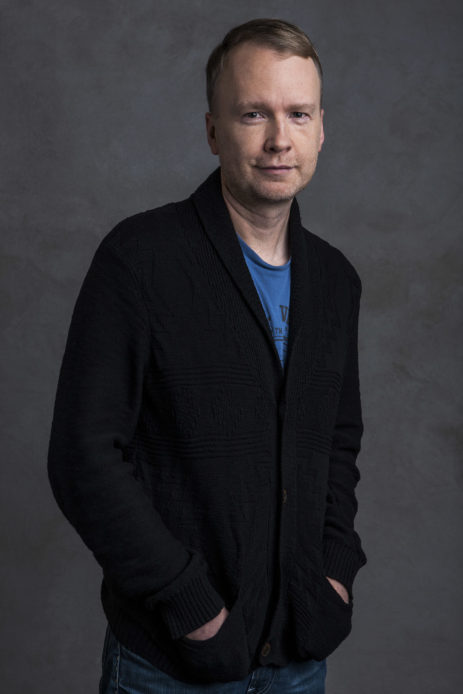 For his feature debut “Daas” (2011), he chose events related to the 18th century philosopher and mystic Jakub Frank, who saw himself as a new messiah, heralded the end of all government and religion, encouraged Jews to get christened and give away their money, and was at the same time on surprisingly good terms with the rich and powerful of his time. He amassed quite a few followers, and was one of the most colorful characters of the religious transformations of the 18th century.

Jakub Frank (Olgierd Łukaszewicz) and various colorful events from the life of Frankists (“we sold everything, we burned the Talmud in the streets, we shared our wives with each other and lied in courts”) are just a springboard though. The most important character is Jakub Goliński (Andrzej Chyra), who had once unfalteringly believed in Frank, but has since abandoned the sect, lost his wife (she became Frank’s lover) and money, and now demands that the man responsible for his misfortunes is thrown in jail. This will be decided by Henryk Klein (Mariusz Bonaszewski), a court counselor loyal to the Emperor, who is trying to gather evidence and conduct an investigation into Frank’s case, but keeps bumping into obstacles. As if Frank was protected by some higher powers.

The relationship between the two men – the “informer” and the “investigator” – is quite unusual in “Daas”: they know each other only through letters, come from different social backgrounds, and have extremely different temperaments. But they end up being surprisingly alike – both of them lose their women, are prone to worshipping individuals, and feel a strange mixture of respect, shame, and fear towards Frank. As if he were a power they don’t understand but cannot ignore.

“Daas” turns out to be deeply inspired by “Saragossa Manuscript” director, Wojciech Jerzy Has, and is akin to a hypnotic dream journey

Even though “Daas” is quite modest for a historical film, it turns out to be deeply inspired by Wojciech Jerzy Has. It’s akin to a hypnotic dream journey – the timeline is choppy, with echoes of particular phrases and images returning throughout the film. But the excellent, simultaneously sparse and painting-like cinematography of Arkadiusz Tomiak, underscore the fact that it’s not that the film events that walk a fine line between reality and fantasy, but rather we ourselves are unable to separate one from the other.

Panek’s signature themes also feature prominently: rationality clashing with metaphysics, strange events (e.g. a suddenly resurrected bird) which can just as well be a miracle as a hallucination and auto-suggestion, or the motif of the body. It might seem that the director is not interested in documenting history. Though the actors are all in period costume, wear wigs and stockings, and the plot was inspired by real events, “Daas” becomes a thoroughly contemporary film, because it is rooted in the modern notion that the world is unknowable. The characters get lost in this reality, but so does the audience. Except that they are gradually becoming aware of being lost: the footing provided by a system of values and a social order – the director seems to suggest – must be rediscovered time after time, because what seems right and constant today will one day again devolve into a pipe dream.

“Daas” was universally hailed in Poland as one of the most original debuts of the past few years. The film received four awards at the Koszalin Debut Film Festival, and Adrian Panek received, among other accolades, the Janusz Morgenstern “Perspective” Award “for the most promising debut and for showing great potential”, the Andrzej Munk Award for the best directing debut, the Special Jury Award during the Tarnów Film Awards, and was nominated for the Eagle (Discovery of the Year), and Paszport Polityki.In 2016, Panek made the TV series  “Komisja Morderstw” in Wrocław. True to his style, in each episode the policemen from the Unsolved Cases Division try to crack a mystery that leads them to historic, often several decade old secrets.

But above all, he was preparing his next history-inspired film “Wilkołak” about children who upon their release from the Gross-Rossen concentration camp end up in a temporary children’s home set up in an abandoned palace in the Owl Mountains. The nearby woods are home to a pack of starved camp dogs that were trained to track and kill escaped prisoners, and now fight with the children for survival.“It’s a story about being touched by evil. About people who were reduced to a bestial level and are now trying to return to human form” – says Adrian Panek.