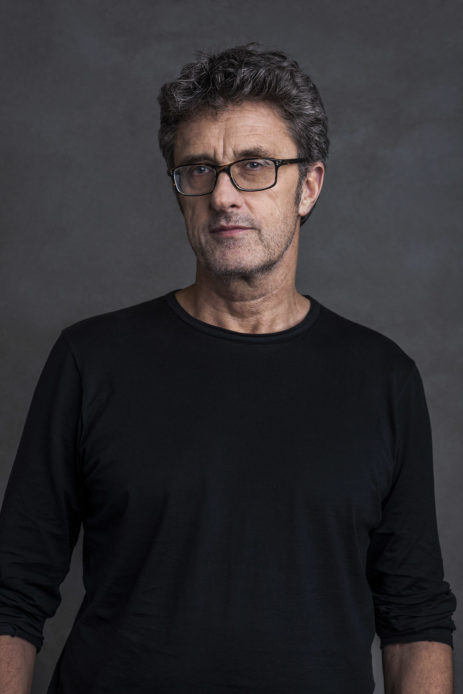 The first Polish production
to win an Oscar for best foreign film, Pawlikowski’s “Ida” was also named Best Film by the European Film Academy. Pawlikowski, an Oxford graduate and author of numerous BBC documentaries, also received a BAFTA for his earlier movie, “My Summer of Love”

He has lived in many places, including England, Germany, and Italy, and speaks in six languages, having absorbed the world, its people and cultures. Maybe that’s why his cinema is never simple, clear-cut, detached

I’m not afraid of risk – says Paweł Pawlikowski. – I sometimes think that I turned my life into an experiment. Making a black-and-white film, in Polish, with (internationally) unknown actors, also seemed like professional suicide.

But the suicide attempt failed. “Ida” became one of the biggest success stories of post 1989 Polish cinema. Maybe the biggest. It received, among other accolades, the Oscar for the best foreign language film, and a nomination for Łukasz Żal for best cinematography, as well as Five European Film Awards. It was distributed in over 40 countries, and received awards at 60 international events. It is a triumph of subdued and reflection-based cinema in which against the backdrop of Poland’s troubled history, the director tells a story about fundamental, universal dilemmas, asks existential questions, intently studies the human psyche, argues with God, and talks about crises of faith – but also about the need for love, music, life. Thus returning, after many years, to his roots.

“The 1960s were my childhood. I remember the sounds, the songs, but also the types of people who lived then. The police officer, the Jewish intellectual, the young jazz saxophone player” – said Pawlikowski. He was born in 1957, and raised in an intellectual family in Warsaw. His mother loved ballet, she was a dancer. The director remembers watching her perform from the firemen’s room on the third floor of the Syrena theatre. Later, due to health issues, she changed professions and became an English professor. His father was a doctor. “They both had this flair,” recalls the artist. “They were always in motion, something was always drawing them in, intriguing them.” 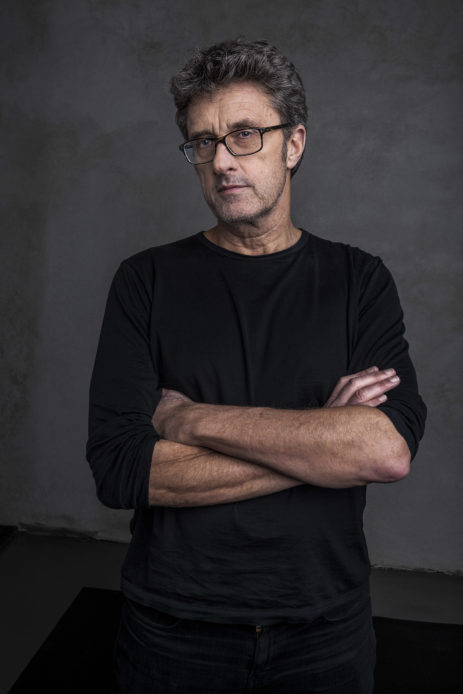 As a fourteen year old boy, he arrived in England with his mother. And although he dabbled in music, writing, photography, and was even doing a PhD in literature, his future was decided when he ended up in 1986 at the BBC. The legendary broadcaster that instilled a love of film in, say, Ken Loach, Stephen Frears, or Alan Clarke.

“The corporation was like a gentlemen’s club back then” recalls the director. “It was divided into small desks that had full control over their modest budgets. You’d write down a contract on a table cloth during a long, wine-soaked lunch, and were on a plane to some exotic location within a week to make a movie.”

It’s a fascinating chapter in his professional life. He used his camera to discover Russian culture, which is very close to his heart. He showed Russia through the lens of literature – his father’s favorite Yerofeyev, but also Dostoyevsky, Chekov. His “From Moscow to Pietushki: a Journey with Benedict Yerofeyev” won an Emmy and Prix Italia, and also received a special mention from the Royal Television Society and a Grierson Award. But there’s a certain humor and lightness to his films as well. As is the case with “Dostoevsky’s Travels”, a documentary, almost comedic tale about the grandson of the great writer who is a tram driver – about his encounters with the West and his dream of owning a Mercedes. Or in the unnervingly current, surreal “Tripping with Zhyrinovsky” about a riverboat trip with Vladimir Zhyrinovsky, but also about the end of democracy, her absurdities, and about populism.

His fate was sealed, when he started working at the BBC in 1986 – the legendary broadcaster that instilled a love of film in Stephen Frears, Ken Loach, or Alan Clarke

In the Balkans, Pawlikowski shot “Serbian Epics”, a visual and musical poem, in which he reflected on the mechanisms of social memory and the creation of national identity. He interviewed, among others, Radovan Karadzić. He was also offering, on a deeper level, a reflection on his childhood homeland. “I felt too awkward, I lacked the confidence and self-awareness to approach the topic of Poland creatively,” he recalls. “I was scared of talking about it freely, lest I make it look bad. That’s why I found a different way of addressing its issues.”

Today, Paweł Pawlikowski’s documentaries seem even more current. They are available on his website (http://pawelpawlikowski.co.uk/).

But he was still drawn towards feature films. “I was absorbing the outside world,” he says. “And at one point, I decided that it was time to take a dive towards the within.” That’s what his films are like. Britons saw him as one of the chief voices to engage with traditional English social realism. But whether he is talking about an immigrant in a refugee camp (as he did in his debut “Last Resort” from 2000), about two girls who grow close during a hot summer (“My Summer of Love”), or two juvenile thieves from the suburbs of Halifax (“Twockers”), he focuses, with Slavic lyricism and an eye for the absurd, on universal issues, on the quandaries and paradoxes of the human soul, on his protagonists’ internal contradictions, on their craving for home, love, and the absolute.

Because for Paweł Pawlikowski, the endgame is not cinema itself, but the world which he discovers through his films. “There are directors who only feel at home on the set,” he says. “I’m like a zombie there. I don’t live for movies.”

In 2006, he was making “Poskramianie bydła”, a dark comedy based on a novel by Magnus Mills. He had already shot 60% of the material. Then reality came knocking in the most tragic of ways. His wife died. For a long time, the director couldn’t come to terms with this loss. He wrote a script about saying goodbye to a loved one, but never shot it. “It was too personal, too literal,” – he explains. But he poured that painful experience into “The Woman in the Fifth”. This story about an American writer who tries to find his wife and daughter in Paris, stars Ethan Hawke and Kristin Scott-Thomas. Pawlikowski made a film about an ailing mind, about descending into madness, about grief, and about the inability to accept one’s fate.

He was looking for a solid bedrock, wanting to plant his feet in a world that he knew and remembered. After a picture filled with formal experiments and storytelling innovations, he wanted to make something simpler. Though not necessarily on a simpler subject. With “Ida”, he returned to his home country, and to the 1960s. In stark black and white, Pawlikowski charts the life of an orphan raised by nuns who decides to take up the habit. But before she does so, the Mother Superior has her learn the truth about herself – about her Jewish heritage. And learn about the life she is about to reject, a reality more painful and more complex than anything she’d known inside the cloister walls.

The director told a story about our identity. He created multi-dimensional characters who, when faced with their own past in a time of social upheaval, shortly after the cataclysm of the Second World War and the turbulent 1950s, have to discover who they are and what really matters to them.

Currently Pawlikowski is preparing his next “Polish” project – this one far less subdued. Good. Today, when politics is filled with extreme emotions, we need people like him. Men who have seen their share and know that life offers no easy solutions.

1990 From Moscow to Pietushki: A Journey with Benedict Yerofeyev (documentary)