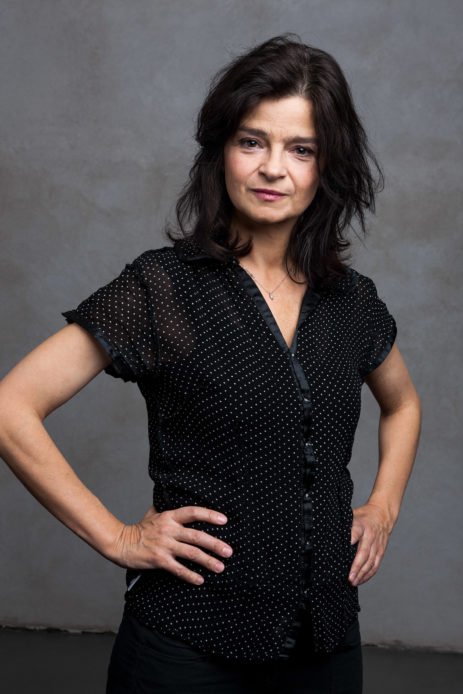 Her 1995 student film, “Lady”, was nominated to the Student Oscar, while “My Roast Chickens” (2002), part of the “Generation 2000″ film series, brought Siekierzyńska an award for best director in Koszalin. She successfully directed “Kobro” at the New Theatre in Lodz; her screenplay about the famous painter Katarzyna Kobro won the main award at HBO’s Script Pro screenwriting competition.

She admits that meetings Krzysztof Kieślowski in Film School made a huge impact on her artistic choices. Even though initially Kieślowski was very critical towards her ideas, he eventually became the supervisor of her film “Lady”, which was nominated for Student Acamedy Award

We all remember very well how Filip Mosz (played by Jerzy Stuhr), the main character from “Camera Buff” by Krzysztof Kieślowski, was mad about filming the world around him. He desperately wanted to record everything he saw because he believed that it would make the world a better place. Sadly, he lost his battle, it turned out that filming can actually do harm. In the emotional final scene of the movie, Filip turns the lens of the camera onto him and starts filming.

In Siekierzyńska’s feature debut, “My Roast Chickens”, the story is a bit similar. The film made part of the project “Generation 2000”. The main character, Magda (Agata Kulesza) is coming back with her husband and their son after spending 5 years in Canada.

Main character from “My Roast Chickens” has a lot in common with director. She goes on a documentary filmmaking course to, as she says herself , “start a dialog”, but not with her potential audience, but with herself

The family has to start a new life together. Magda feels that life is slipping from her hands. She is not sure whether she loves her husband, Wojtek, as much as she used to. She is not sure who she wants to be in life. She goes on a documentary filmmaking course to, as she says herself , “start a dialog”, but not with her potential audience, but with herself. Magda starts to shoot scenes from her everyday life, Wojtek becomes the main character in her movie. After coming back to Poland, he could not find a job, so he opens a booth with roast chicken. The business is doing quite well, but Wojtek is ashamed, he feels ridiculous. When Magda’s footage destroys her relationship with Wojtek, she decides to quit shooting to movie. Her gesture – only seemingly opposite to the one shown in “Camera Buff”, conveys the same message. 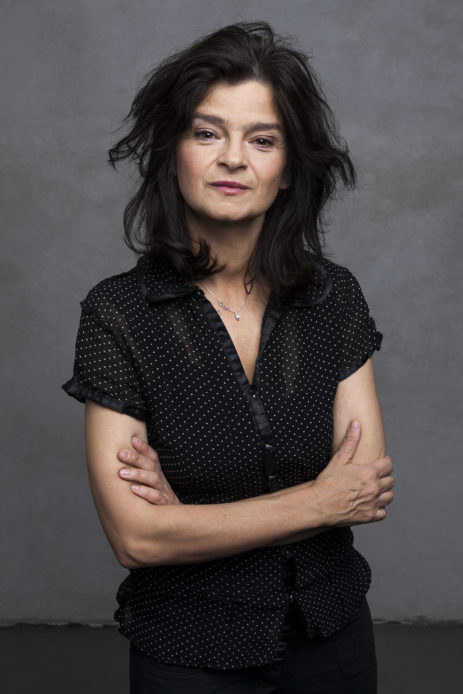 Iwona Siekierzyńska comes from the Tricity (an area on Pomerania, consisting of three cities, Gdynia, Sopot and Gdańsk). Before going to the Łódź Film School, she graduated from psychology at the University of Gdańsk. She does not really like to talk about herself, so we can only suppose that the background in psychology turned out to be helpful in building the characters in her movies. Siekierzyńska has also lived in Canada, for a much longer period of time than the couple in “My Roast Chicken”. A huge part of the dialogs in the film Siekierzyńska probably heard or said in real life.

In film school, Siekierzyńska shot numerous short films, both feature and documentary. One of the films, the three-minute “Adventure of the Points Operator”, she co-directed with her colleague, Greg Zgliński. The main character of the film was played by the notorious professor from the Łódź Film School, Henryk Kluba. In another of her school films, called “Nihilists”, she was watching a typical Polish family preparing their Christmas dinner. In the short documentary “Encounter”, Siekierzyńska interviewed young catholic pilgrims who traveled to see Pope John Paul II during his journey to Poland in 1997.

Without a doubt, her best school film was the 14 minute-long “Lady” (Polish title: “Pańcia”). The main character in the film is a thirteen year-old girl. One day, when she is coming back from walking her dog, she sees the priest who is in the midst of the sacrament of the anointing of the sick. For the girl, it is love at first sight. Siekierzyńska said later that in the first draft of the screenplay, the girl was supposed to fall in love with another girl, not with a priest. But Siekierzyńska’s goal was not to cause a scandal. She wanted to make a film about unrequited love, about a feeling that cannot flourish because of the circumstances.

Siekierzyńska consulted the movie with Krzysztof Kieślowski, who eventually became the supervisor of the film. Siekierzyńska admits that her meetings with Kieślowski made a huge impact on her artistic choices. At that time, Kieślowski has just finished shooting “Three Colours: Red” and publicly said that he was going to give up film. During his first meeting with the group of students, Kieślowski said that he agreed to be their teacher on one condition – that they were going to be willing to give him something back in return. Siekierzyńska said herself that even though Kieślowski was very critical towards her idea initially, he asked her to send him the script. After he criticised her version of the sex scene between the priest (played in the film by a famous author of animated movies and live-action features, Piotr Dumała) and the girl, Siekierzyńska re-wrote the whole screenplay. Eventually Kieślowski took her and two other young directors under his wings and “Lady” became one of the most successful student films in the history of the Łódź Film School, it was nominated to the Student Academy Awards.

Siekierzyńska admitted that certain moments in her movie are weirdly “Kieślowski-esque”. In “My Roast Chicken” the artistic influence of her master is what elevated the movie to a whole other level. There is a brilliant sense of looking at reality, an immense empathy towards the characters, an attention to detail, an ability to add meaning into the most mundane little event. After “My Roast Chicken”, all the next movies were Siekierzyńska’s sensitivity exam of sorts.

She has not made a new film in quite some time. After graduating from the Łódź Film School, she decided to go to the Andrzej Wajda School. During her education there, Siekierzyńska made a touching documentary “Obcey” about the theatre troupe Personal Affairs Bureau with mentally disabled actors.

Right now, Siekierzyńska is working on a feature film adaptation of the same idea. She has always been active in theatre – one of her biggest successes was her staging of the play “Kobro” by Małgorzata Sikorska-Miszczuk, the story of the tumultuous relationship between the Łódź-based artists, Katarzyna Kobro and Władysław Strzemiński as seen through the eyes of their daughter, Nika. The intimate theatre piece struck with the same values as her films – the intensity of emotions and the focus on characters. On the opening night, she admitted to being fascinated with Kobro’s story and emphasised that the story had huge cinematic potential.