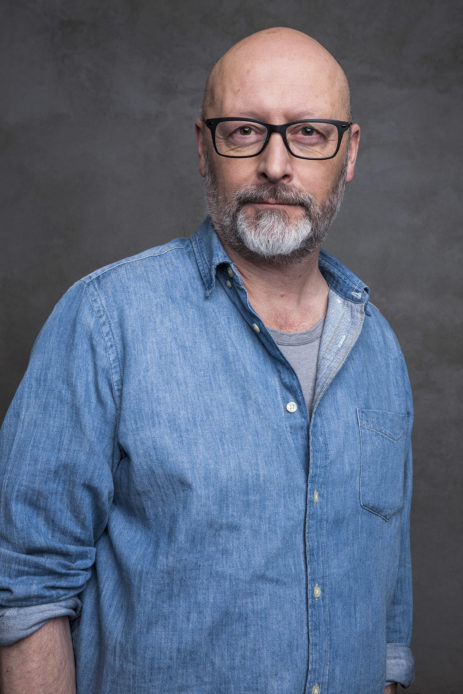 One of the most important Polish directors of the last decade. All of his movies were both critical and box office successes. Smarzowski won numerous awards, including the main prizes at the Gdynia festival, Paszport Polityki, and the Eagles. His latest production, the period drama “Hatred”, was one of the most discussed movies of 2016. Smarzowski is a member of the European Film Academy.

Some call him a brutalist. His camera doesn’t shy away from grime and violence. But sometimes we need some shock therapy from the silver screen. And Smarzowski remains thoroughly honest in his application of it. He doesn’t distance himself from his protagonists, doesn’t talk down to them. His films are not about “them”, but about “us”

„This is Poland, here the human factor is king!” – proclaims a drunk driver to a police officer in “Traffic Department”. And Wojciech Smarzowski, one of the best contemporary Polish directors, makes movies about that human factor. Time after time, he hits the nail on the head, always striking a nerve. Regardless of whether he is showing a country wedding, a crime from the 1970s, the difficult fate of Masurians after World War II, contemporary Warsaw, or the Volhynia atrocities.

Some call him a brutalist. His camera doesn’t shy away from grime and violence. But sometimes we need some shock therapy from the silver screen. And Smarzowski remains thoroughly honest in his application of it. He doesn’t distance himself from his protagonists, doesn’t talk down to them. His films are not about “them”, but about “us”.

“I myself was raised in a »Dark House«” – he said after the premiere of that film. He doesn’t peddle his memories in interviews, even though he’s been through a lot. “We all had difficult childhoods” – he quotes Hłasko to cut off such questions. He was born in 1963 in Korczyn, and spent his youth in Subcarpathia. He grew up in Jedlicz, a small town of 5000 kept afloat by a nearby oil refinery. At the local cinema “Nafta” he developed a fascination for moving pictures. And when it was time to dodge the draft after high school, he ran straight for them: enrolling in the Education and Culture School in Krosno, followed by a year-long stint studying directing in Cracow, and finally arriving at the Department of Cinematography of the Lodz Film School.

Time after time, he hits the nail on the head, always striking a nerve. Regardless of whether he is showing a country wedding, a crime from the 1970s, the difficult fate of Masurians after World War II, contemporary Warsaw, or the Volhynia atrocities

He trained by shooting commercials and music videos, but realized that rather than stand behind the camera, he’d like to tell his own stories. It was a difficult time. The industry didn’t have money, there was no system of financing, it was very hard to catch a break. He made “Malzowina”, starring Maricn Świetlicki, independently, with hardly any money at all. This quivering, alternative punk film is a prelude to the Smarzowski cinematic universe. It takes place in a flat in which a writer is trying to finish his novel. The outside world enters the picture filtered through the walls, in the guise of the neighbors’ rows, a commotion in the stairwell, or a friend arriving on the doorstep with a bottle of vodka.

Since that debut, Smarzowski has remained faithful to his co-workers. His crew calls him “Smarzol”. Or simply “Wojtek”. He walks around in a baseball cap and cargo pants. They say he hardly ever raises his voice, never gets mad for mistakes. He also has a number of favored actors. They are Marian Dziędziel, Arkadiusz Jakubik, Bartłomiej Topa, Jacek Braciak. But also Marcin Dorociński, Agata Kulesza, Maciej Stuhr. They are his partners in dissecting Polishness. He makes important films. Because, as he often says, “it’s wasteful to even pull the camera out for something trivial”. His work explores two avenues: contemporary life, and Polish history, which he scans for the roots of our current dislocated morality.

Even though Smarzowski doesn’t cater to the audience in anyway, his films attract a lot of moviegoers. “Traffic Department” – over a million. “The Mighty Angel” – nearly 900 thousand. “Hatred” – 1.4 million

He went back to World War I twice, and both of those films became vital statements in Poland. In “Rose”, he showed love in inhuman times. He examined the difficult identity of the inhabitants of Masuria, where the tide of history mixed people, languages, and influences. The film shows a Home Army soldier who witness the rape and death of his wife at German hands. The man ends up in the home of an equally battered woman. And suddenly, amidst all the turmoil and suffering, something happens between them. They try to weather the storm together. And give shelter to other disenfranchised people – a family of repatriates from the East, which has lost everything. In the end, that family ends up taking the female protagonist’s home. There is no place for sentiments in the post-war upheaval. 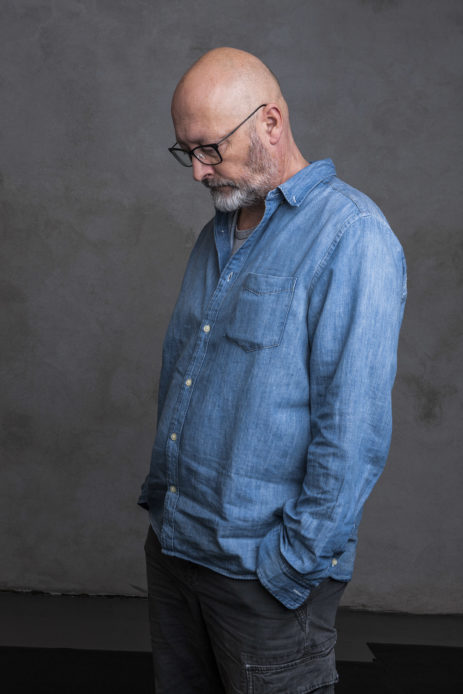 “Rose” and “Hatred” could have been a diptych. Trying to fill in the blanks in Polish history, Smarzowski showcased the slaughter on the Eastern borderlands. But he didn’t afford himself the luxury of easy judgments. He didn’t show merely the Ukrainians killing their Polish landlords. He found cracks in the myth of multicultural Poland – conflicts that had been fanned for decades until they erupted, buoyed by nationalisms. The film also shows Polish revanchists. The director decided to forego any titles that would inform us about the time and place. This film wasn’t meant as a political or educational tool, even though obviously it sparked a debate in the country. It is a universal reflection on the influence of ideologies and stereotypes. On nationalism and hatred.

The closest he got to contemporary Poland was “The Dark House”. Late 1970s. A bestial murder, and a chilling look at a society completely deprived of all values, trust, and respect for other people. The legacy of communism, with which we are grappling to this day. Because when Smarzowski settles accounts with the past, he doesn’t merely tell stories of times gone by. His films also help us understand the world outside our window. The one from “The Wedding”, in which the country festivities act as a perfect showcase of all our greed, primitivism, and boorishness; the one from “Traffic Department” about corrupt police, but also about sexism, racism, and intolerance; the one from “The Mighty Angel”, based on the book in which Jerzy Pilch takes stock of his alcoholism. Because yes, Smarzowski’s protagonists often drown in a sea of vodka. They get wasted and have mechanical sex, cause each other harm, blow the last of their salaries. Get lost in a drunken haze.

Maybe they’re running away? From the reality in which only money matters, and is used by village leader Wojnar from “The Wedding” to buy respect and obedience. From the aggression lurking in every gesture and the distrust resulting from the collapse of various bonds. From human relationships drained of empathy and instead filled with chauvinism, violence, and abuse. Because in the words of a policeman from “Traffic Department”, “A hard dick has no conscience”. From themselves, from opening up to another person, from failing to live up to their own aspirations, as in “The Mighty Angel”.

Smarzowski keeps adding new chapters to his treatise on Polish mentality and cardinal sins. He talks about the most pressing issues

With each new film, Wojciech Smarzowski paints another section of the same landscape. We see the same characters time after time. The priest who tried to get PLN 1500 for his church from the village leader in exchange for acting as a go-between in a car smuggling operation in “The Wedding” goes on to make a deal with the police who stop him for drunk driving in “Traffic Department”. The song to which wedding goers simulated sex on the dance floor at the fire station also opens the police party in “Traffic Department”. Smarzowski keeps adding new chapters to his treatise on Polish mentality and cardinal sins. He talks about the most pressing issues.

But somewhere at the bottom of all these cruel, sometimes even off-putting films, we find a glimmer of hope. Because without hope there would be no catharsis.  And maybe that is one of the reasons why Poles are eager to listen to his diagnoses.

Smarzowski’s name has become a brand, and even though he doesn’t cater to the audience in anyway, his films attract a lot of moviegoers. “Rose” – 400 thousand, “Traffic Department” – over a million. “The Mighty Angel” – nearly 900 thousand. “Hatred” – 1.4 million. Moviegoers that turn to cinema for an honest conversation about society, history, mankind. One conducted without kid gloves. Because patriotism isn’t about making puff pieces. And Smarzowski, a very Polish director with no interest in making huge blockbusters in Hollywood, has every right to steer away from the romantic vision of Polishness and to show our open wounds on the big screen. To shine a light on everything we need to work through in order to move on.