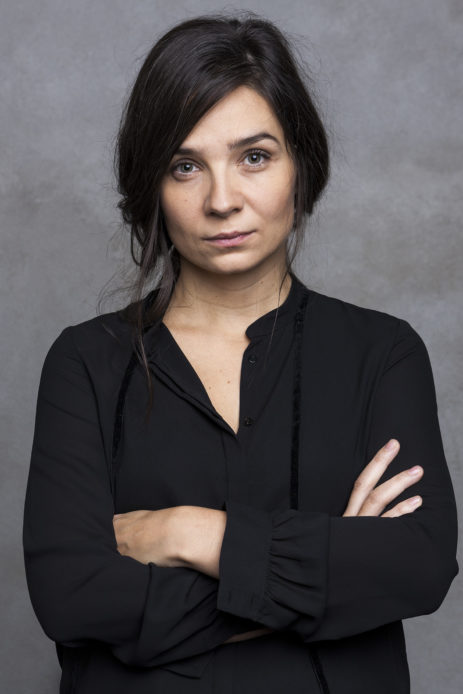 Smoczyńska’s “The Lure”, a horror musical, turned out to be one of the highest-regarded contemporary Polish films both in Poland and abroad: it brought her the Special Jury Prize at Sundance and the Polish Eagle award. She will be the first female filmmaker to have her work published in the prestigious Criterion Collection. Smoczyńska is currently working on her second feature, “Fuga”.

Her first feature was considered one of the most interesting Polish debuts in recent years, and Indie Wire called it “the best gothic musical about man-eating sirens ever made”

Her feature-length debut came late, when she was 35. But what a debut it was: her “The Lure” has received several dozen awards at festivals all over the world, including the trophy for the best debut at the Gdynia Film Festival, and a Special Jury Prize for Unique Vision and Design at the Sundance Film Festival. “It is a film that truly captured our imagination: we couldn’t get it out of our heads” – said the Spanish film critic Fernanda Solorzano during the Sundance Film Festival award ceremony. But before “The Lure” came to be, industry movers and shakers had serious concerns. “This could be something amazing, but it could just as well end up being lowbrow porn” – said one of them.

First she took on art history, then culture studies – and to this day she dazzles us with the diversity of her interests, fascinations, and associations

Smoczyńska had dreamed about making films since high school, but she didn’t want to study directing right away. First she took on art history, then culture studies – and to this day she dazzles us with the diversity of her interests, fascinations, and associations. When she finally got into the Radio and TV Department to study directing at the University of Silesia in Katowice, she saw herself helming documentaries or feature films with standard narratives. Like the award-winning, both in Poland and abroad (e.g. at the “Circucito Off” Short Film Festival) “Kapelusz” (2003) based on a story by Kazimierz Brandys about the twisted relationship between a father and his terrorized son. “I have a soft spot for this film” – remarks Smoczyńska today. “But when I see how it was edited, when I see its pacing, I feel like I was only just starting to learn the language of cinema”.

In 2005, she made a documentary called “Artykuł 567” about Sławomir Sikora (whose story had previously inspired Krzysztof Krauze’s “The Debt”). She also began what would end up becoming a long and fruitful collaboration with Robert Bolesto, who went on to write scripts for her short films “3 Love” (2004) about the tragic finale of a text message acquaintance between a girl (Roma Gąsiorowska) and an older man, and “Aria Diva” (2007) about the fascination born between a mundane housewife (Gabriela Muskała) and an opera diva (Katarzyna Figura). Bolesto had previously mostly worked in theatre, this was his first foray into film; today he is one of the most interesting figures in Polish screenwriting (“Hardkor Disko”, “The Last Family”). But his defiant style and original dialogue were on display even then. Take for example this one: “What do you do in general?” “I’m a serial killer of women.” (“3 Love”). 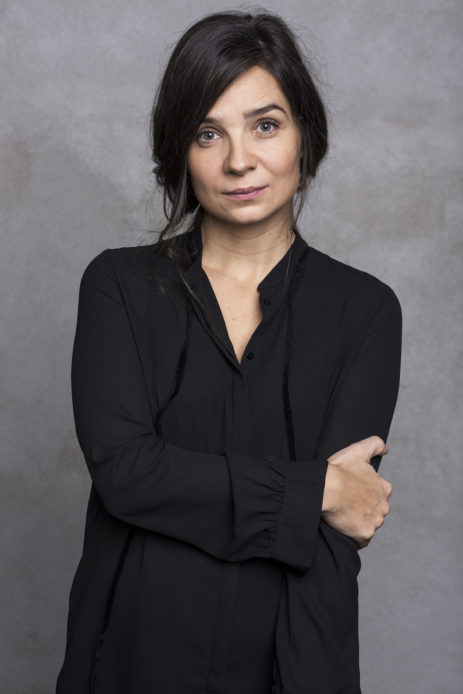 “Aria Diva” – which was based on the story “Ariadne on Naxos” by Olga Tokarczuk, and received, among others, the Silver Lajkonik and the Golden Dragon at the Krakow Film Festival – had a brave, queer slant, but also expressed the director’s anxiety about reconciling a filmmaker’s professional fulfillment with family life. At the time when Smoczyńska finished high school, few women in Poland tried enrolling – and were accepted – into directing departments. When she graduated, people told her it was not the right time to start a family – but she soon gave birth to her first child.

She had several ideas for a debut, but failed to secure funding for any of those projects. She worked on TV, learning her craft, but at the same time felt a growing desire to go against the current. “I had this idea to destroy everything that was safe and predictable. To deconstruct it. And I guess out of that rebellion, »The Lure« was born”.

Smoczyńska’s film is part musical and part horror, with elements of a romantic story and a fairy tale. A fairy tale tinged with grim parody and terror, pathos and perversion, daring humor and melancholy. No wonder it was hailed as one of the most interesting Polish debuts in recent years, and Indie Wire called it “the best gothic musical about man-eating sirens ever made”.

“Aria Diva”  had a brave, queer slant, but also expressed the director’s anxiety about reconciling a filmmaker’s professional fulfillment with family life

The idea is indeed eccentric: two beautiful sirens – with giant tails that appear and vanish upon coming into contact with water – emerge from the ocean to sing, dance, and generally become the main attraction of a local nightclub. They seduce, lure, and sometimes brutally punish people. No one questions anything about this premise: neither the fact that the sirens speak Polish (“We learned it on a Bulgarian beach), nor that, unlike regular women, they have “Barbie parts” between their legs.

We’re at the glittering Adria, in the homespun Warsaw of the 1980s, where nightclubs constituted a truly unique micro-universe. On one hand palaces of kitsch and dreams of the American dream, on the other –places that drowned in vodka in which suppressed instincts could finally come to the fore, and the thick air spoke of something so primal as to be almost physiological.

Smoczyńska knew that reality inside out: her mom had for years run a nightclub in Szklarska Poręba with her sister. “The backrooms, the waiters, the musicians, the coat check… that was my world. I didn’t have a playground. I had cocktail straws, vacuum cleaners, and secret hideouts” – recalls the director. But it was also the world of Zuzanna and Barbara Wrońska of the band Ballady i Romanse (their mother, Janina Wrońska, was a nightclub singer, and even makes a cameo appearance as the barternder Janka).

It is precisely the unusual, seductive, melancholy music of Ballady i Romanse that serves as the main mode of communication for the film’s protagonists. “We didn’t want it to be people singing »I’m going to the loo« or »I ’ve brought fresh flowers«, it was about going deeper. Talking about emotions through songs” – explains Zuzanna Wrońska.

“I was constantly in contact with the author of the music and lyrics” – recalls Robert Bolesto. “We kind of worked like they say the Broadway people do: I’d show her the outline of a scene and ask for a song, other times an already completed song would inspire a scene in the script.” The film was also co-created by the actors – from the “I Feel Love” crooner Kinga Preis, Jakub Gierszał, Andrzej Konopka, Zygmunt Malanowicz, Magdalena Cielecka, and Katarzyna Herman, all the way to the sirens themselves: Michalina Olszańska and Marta Mazurek. For the latter two, the past two years have marked something of a professional breakthrough: Mazurek played Anne Fontaine in the French-Polish production “The Innocents”, and Olszańska is taking work in Czechia (“I, Olga Hepnarová”, “Muzzikanti”), Russia (“Matilda” by Aleksey Uchitel), and USA (the upcoming “Dead Burt”).

“The Lure” will also be released on DVD in 2018 as part of the Criterion Collection – the most famous classic film imprint in the world. Smoczyńska will be the first female director to be included in the series

“The Lure” was noticed by over a dozen of festivals all over the world, and its success caused “Variety”, along with the Sydney Film Festival and European Film Promotion, to name Smoczyńska one of the Ten European Female Filmmakers to Watch. The film’s originality lies in the fact that it’s quite open to interpretation. Some see it as an allegory of the initiation of young girls into the world of superficiality, delusions, and everyday compromises. Others see it as a symbolic tale of female objectification. Still others see “The Lure” as a “grown-up fairytale” about loneliness and lack of fulfillment, but also about the inscrutable strangeness of our world.

Smoczyńska remains on a roll. On 1 February, the prestigious IFC Center in New York hosted the official premiere of “The Lure”, which will be distributed in the United States by the prestigious Janus Films (who had previously distributed, among others, Paolo Sorrentino’s “La Grande Bellezza”). “The Lure” will also be released on DVD in 2018 as part of the Criterion Collection – the most famous classic film imprint in the world. Smoczyńska will be the first female director to be included in the series.

But for Agnieszka Smoczyńska this is, obviously, just the beginning. In December, she begins shooting “Fugue”, a film on which she had worked on for years with Gabriela Muskała. The great actress (“All Winter Without Fire”, “These Daughters of Mine”) will star, but also wrote the script. Muskała and Smoczyńska were inspired by the true story of a woman who didn’t know anything about herself – they found her and talked to her, and eventually also wove other people’s stories into hers. “My film isn’t about the condition, but about the question: can you stop loving your close ones by forgetting them? Do we also forget our feelings?” “Fugue” is set to come out in 2017.