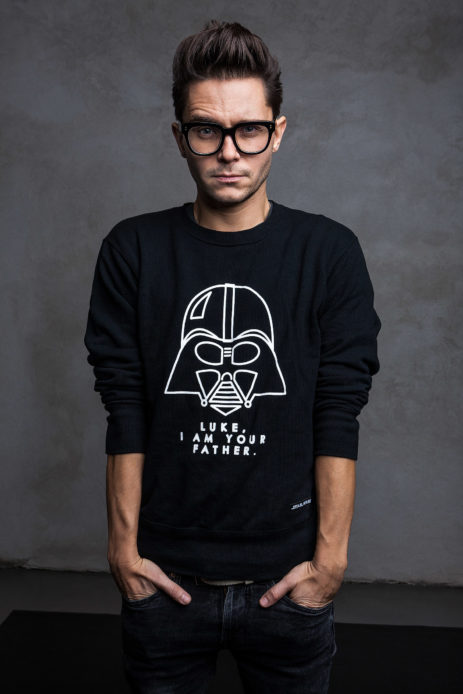 The international career of this screenwriter and director is developing along an interesting trajectory for a young Polish filmmaker. Wasilewski won the Silver Bear in Berlin for his script to “United States of Love” (2016); the movie’s five awards at the Gdynia festival also included the prize for best direction. His earlier film, “Floating Skyscrapers” (2013), won awards in Gdynia and Karlovy Vary.

Tomasz Wasilewski chased so persistently after his dreams that he soon became one of the hottest names in Polish cinema. He comes from the young generation, he does not feel like an outsider in in the West. He uses his work to deal with the extreme sensitivity and pain he carries inside him

In 2012, a guy without any film school diploma surprised audiences with his independent, low-key feature debut “In The Bedroom”. Today, Tomasz Wasilewski is known as the author of three very well received movies, the winner of the Silver Bear at the Berlinale and the European Film Award nominee for the script to “United States of Love”. Wasilewski feels great at film festivals, he comes from the young generation, he does not feel like an outsider in in the West. With a trendy hairdo, a blue jacket with a golden print, he oozes with nanchalant unpretentiousness in front of the photographers. He acts cool and collected, is friendly and open to everyone around. That is maybe because he uses his work to deal with the extreme sensitivity and pain he carries inside him.

Wasilewski is interested in emotions in cinema. He tells stories about people who got imprisoned between contradictory feelings, who search for intimacy, who are in the process of exploring their sexuality. This is what Wasilewski himself has to say about his cinema: “I love characters who are broken, damaged, who are unable to adapt”. He sets his films both in contemporary times and in the past. “In The Bedroom” and “Floating Skyscrapers” were set here and now, but in “United States of Love”, Wasilewski revisited the time when he was a child.

In his films he tells stories about people who got imprisoned between contradictory feelings, who search for intimacy, who are in the process of exploring their sexuality

Wasilewski was born in 1980 in Toruń, but he spent his childhood in “the last concrete block of flats in Inowrocław”. Wasilewski’s father, a helicopter pilot, served at the local unit. It was a conservative, traditional universe: the military housing project, a public school and the church. Mothers took care of children, because every morning the men would go to work. Wasilewski admitted that the first time he met someone from a broken family was in high school, it was a girl whose parents got divorced. 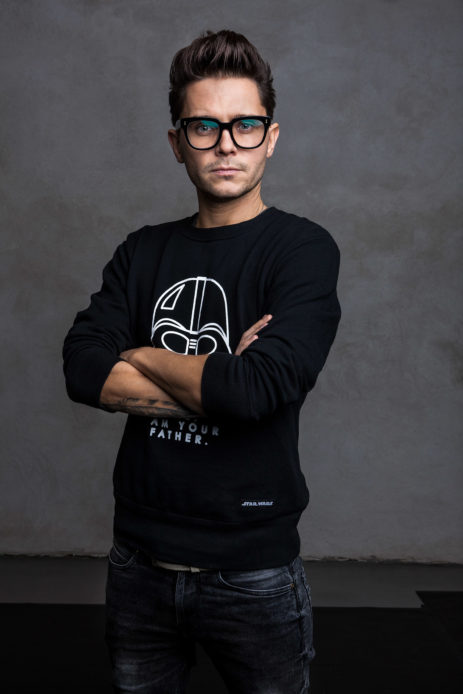 Wasilewski looked at the times of political transformation through the eyes of a small-town kid. In his memories, there is no place for politics, for the explosion of hope after 1989. In his universe, the symbols of the new times were first satellite dishes, thanks to which people could watch exotic TV ads of the Bounty chocolate bar on the German channel RTL, the television series “The Thorn Birds” and the Turbo chewing gum. Wasilewski had a neighbour who won the title of Miss Poland and spent her free time washing her award, a Fiat Punto. Wasilewski also loved spending time in his local video rental shop, maybe that is what made him decide that he was going to become a filmmaker.

Wasilewski was 17 when his family moved to Warsaw. He took a number of jobs – he handed out leaflets, sold popcorn at a movie theatre, worked as a night watchman. He eventually went to the Film and Television Academy in Warsaw and got admitted to the production department in the Łódź Film School. His next dream – to explore the world – brought him to New York. Being there made him realised how much he had to give up: “Instead of studying at a legendary film school, I was getting up at 4.00 AM to work at some second-rate restaurant. I did not have what it takes to persevere, but I promised myself then that I was going to return to Manhattan on my own terms one day.”

Wasilewski came back to Poland and slowly gained more and more experience. He worked as an assistant with Aleksandra Konieczna, Agnieszka Glińska, Maciej Kowalewski. He also worked as Małgorzata Szumowska’s assistant on the film “33 Scenes from Life”. He made a living writing a television series. In his free time, he was writing his own script to “In The Bedroom”.

The film is an intimate story, made with the help of Wasilewski’s friends, with almost no budget at all. This small movie got into the Karlovy Vary International Film Festival in 2012. Polish cinema was at the beginning of its good streak, it was slowly breaking through in the art-house and festival world.  “In The Bedroom” tells the story of a woman who, after leaving his husband does not have a place to live so she tricks strangers into taking sepoforics and spends nights in their houses. Things start to complicate when one of the men turns out to be immune to the medication. Wasilewski made a film about two people who are equally lonely, who long and yearn for something. The two brilliant roles were played by Katarzyna Herman and Tomasz Tyndyk.

The dream to be a director became reality. Wasilewski embarked on a festival tour, the press called him “a hope” and “a promising newcomer” of Polish cinema. In his next feature, “Floating Skyscrapers”, Wasilewski remained faithful to his usual topics – people who suffer from extreme loneliness and who are not able to express their feelings.

The main character of “Floating Skyscrapers” is a young swimmer who has been in a relationship with his girlfriends for two years, but he one day he falls in love with a man. Wasilewski watches from up-close this love triangle and tells an intimate story about lust, desire, sensuality and jealousy. He depicted in a beautiful way the particular sadness that we feel when our beloved one leaves us for someone else. Wasilewski told a story about the moments in life when it is difficult to stay genuine without hurting anyone.

He is prized for his unique collaboration with actresses. “United States of Love” turned out to be a true paean of praise of women

It was with “Floating Skyscrapers” when Wasilewski returned to New York on his own terms, when the film got into the Tribeca Film Festival. “In The Bedroom” was based on the role of Katarzyna Herman, “Floating Skyscrapers” – on the brilliantly constructed character of Marta Nieradkiewicz. But “United States of Love” turned out to be a true paean of praise of women.

Back in Inowrocław, Wasilewski grew up surrounded by women. When his father left for work to the United States, Wasilewski stayed with his sister and their mother. “Back then, I thought that women did not have any troubles, only recently have I realised just how dramatic their life choices can be”.

Wasilewski put the contradictory, complicated emotionality on the big screen. The childhood memories in the camera of Oleg Mutu, the star of the Romanian new wave, became bleak. Wasilewski focused on showing the hopelessness that was in the air in post-Communist Poland. He showed the archaic relationships patterns, the brutality of raging patriarchy. The world in Wasilewski’s film is violent, it destroys everything that is subtle and fragile.

Each of the four main characters has her own wound. One of them is a young girl who has big dreams and takes part in beauty pegeants while waiting for her boyfriend to come back from working in teh West. Another character is in a loveless marriage and fantasises about a passionate love affair with the local priest. The third main character is an elementary school principal, who is in a complicated relationship with a doctor from the local hospital. The fourth main character is an elderly woman who longs for intimacy and has a hard time accepting her own sexuality. Four autonomic, yet connected plotlines, four characters played brilliantly by Marta Nieradkiewicz, Julia Kijowska, Magdalena Cielecka and Dorota Kolak. The four women pass each other on the hallways of their apartment building or on the way to the church. The most important thing that connects them is their longing for intimacy.

“United States of Love” toured film festivals both in Poland and around the world, and was awarded the Silver Bear for the best screenplay at the Berlinale. An important topic in Wasilewski’s film was  post-Communist Poland. He reminded us about the values we forgot about on our way to the free market. He reminded us that we lost our sensitivity on the way to the brave now world. Sensitivity is what pushed Wasilewski towards filmmaking in the first place. When I asked him about the melancholia in his films, he immediately fell into a pensive mood: “I don’t know, I guess that’s just my type of sensitivity – my most powerful tool in filmmaking”.