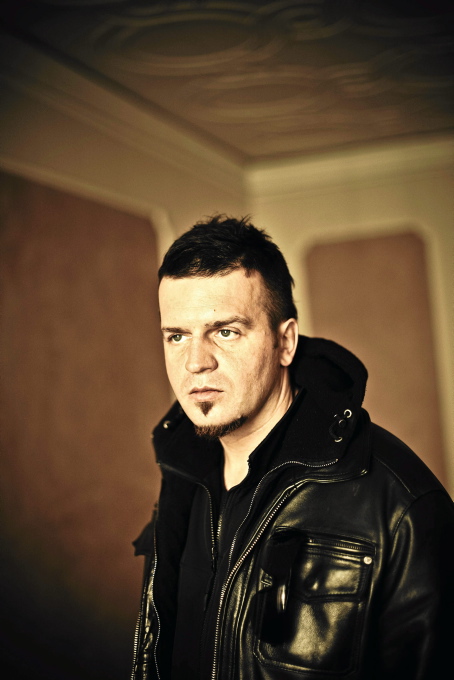 Each of his films was more intense and captivating than the last, starting with the international success of his excellent student film “Magnet Man”. His feature debut, “My Flesh My Blood”, did very well at the Koszalin film festival. His next film, “The Christening”, won the Silver Lions in Gdynia, and his last production, “Demon”, delighted the audiences at the Toronto festival. Wrona was a member of the European Film Academy and sat on the board of the Directors’ Guild of Poland. He died in 2015.

His output is modest in number, but he is rightly considered to be one of the strongest personalities to emerge from Polish cinema in the past two decades. A director with a clearly delineated, singular style that can be summed up with one word: intense

He was born in Tarnów as the son of famous spirit healer Stefan Wrona. His relationship with his father – a mixture of oppression and fascination – has marked him for the rest of his life. It was reflected in his award-winning etude “Magnet Man”. The director intended it to be a documentary on his father, but ended up with a compilation of various genres and cinematic techniques. Next to scenes with actors Ewa Kasprzyk and Zdzisław Wardejn, we see clips from his home archive, as well as animated sequences. The film wowed audiences the world over, showcasing its author’s unbridled imagination and his fearlessness in pursuing his vision. It made a big splash at the Tribeca Film Festival, organized by Robert De Niro, where it impressed Martin Scorsese himself.

School etude “Magnet Man” made a big splash at the Tribeca Film Festival. Another one of Wrona’s short films, “Telefono”, was noticed by master of contemporary cinema – Pedro Almodovar

Another one of Wrona’s short films, “Telefono”, was noticed by another master of contemporary cinema – Pedro Almodovar. This perhaps isn’t surprising, as the short, which is based on the ending of “Patty Diphusa”, staged in Poland as an Ewa Kasprzyk one woman show, is de facto addressed to the author of “Kika”. Almodovar liked “Telefono” so much that he included it in the Spanish-language DVD box set of his films.

These recommendations indicate that right from the start we were dealing with a remarkable talent. Marcin Wrona had always been interested in a career in film. He pursued film studies at the Jagiellonian University, publishing an academic book in the process. Wrona is remembered at his alma mater as a true maverick with incredible knowledge and passion. He also impressed his professors at the Department of Radio and Television of the Silesian University, where he would return years later as a devoted lecturer. His education continued at the Wajda School, and finally at the Binger Film Institute in Amsterdam. It was said that he was overly ambitious. He always wanted more.

His three completed films were eagerly pegged as “The Trilogy of Evil”. In the first one – “My Flesh My Blood” – a boxer (Eryk Lubos in a memorable turn) must end his career following a severe injury. Expecting to die soon, he decides to leave something behind at any cost. He marries a Vietnamese woman, but it soon turns out that she is pregnant with someone else’s baby. However, the protagonist doesn’t cast her aside, but instead decides to ensure that his wife and her baby will be provided for. Wrona himself called “My Flesh My Blood” a film about maturing, about turning from a boy into a man. He admitted that there’s a lot of him from that period of his life in it. He had turned 30, started thinking about a wife and children. So he found a way to put those longings and emotions on the big screen.

“My Flesh My Blood” proved that Wrona was a fully developed director with his own unique style. Critics adored the visual aspect of the film, the dynamic editing, the jumpy narration. They also pointed out that Wrona managed to delve deep into the Vietnamese community in Poland, which is usually off limits to outsiders.

His next film, “The Christening”, was a real event. It appeared in cinemas several months after its author’s directing debut,  but made an incomparably bigger splash and became immensely popular. Wrona skillfully utilized the staffage of thriller films, but acute observers quickly discovered that there’s more to the story than meets the eye. Some even saw “The Christening” as a retelling of the Biblical story of Cain and Abel. The two main characters are played by Wojciech Zieliński and Tomasz Schuchardt.

A young man is sentenced to death by a crime organization that he has betrayed. He asks his friend, who is currently serving in the military, to take care of his wife and child. But the soldier doesn’t realize what really put his friend in this predicament. The film chronicles the ensuing game for his soul. It shows that everyone is marked by evil to some degree, that it is an intrinsic part of human nature and simply cannot be excised. And that it is stronger than our instinct to do the right thing. Wrona’s protagonists have moments of goodness, but find it difficult to resist the evil lurking in their soul. The whole world is evil, because it brings out the worst in people – and does so very successfully.

“Demon” can be interpreted as a tale of collective amnesia that has descended on Poles who, unwilling to revisit dishonorable chapters of their history

“Evil is alluring,” Wrona would say. It was a key theme of his work. It also comes to the fore in his last film, “Demon”, one of the best to be shown at last year’s Gdynia Film Festival. It is loosely based on the play “Przylgnięcie” by Piotr Rowicki, but is more witty and refreshingly grotesque than the source material. Inspired in equal parts by the classic drama “The Dybbuk” by S. Ansky and “The Wedding” – both Wyspiański play, and Smarzowski’s film – it freely combines horror with comedy, sometimes even farce, to create something truly unusual. The groom at a wedding is suddenly possessed by the dybbuk of a Jewish girl who died (or rather: was murdered by Poles) in that spot many years ago. Something that was meant to be a celebration for the whole village now takes a turn towards catastrophe.

“Demon” can be interpreted as a tale of collective amnesia that has descended on Poles who, unwilling to revisit dishonorable chapters of their history, decided instead to erase them, much like Wrona’s revelers try to disregard the events of the previous night. We could also point out the excellent acting by Illkay Tiran, Andrzej Grabowski, Agnieszka Żulewska and Adam Woronowicz, or applaud Wrona’s genre chops. Not shying away from difficult subjects, his last film is the work of an artist fulfilled. The realm of cinema holds no secrets for him anymore.

The motif of evil was to return in his next film, whose main protagonist was to directly experience it in his life. But Wrona never got to shoot it. His last work is the Television Theatre production “The Four of Them” (based on a play by Gabriela Zapolska) which won the Two Theatres Festival in 2016. The play, which talks about the timelessness and omnipresence of human stupidity, featured terrific star turns by Małgorzata Kożuchowska and Artur Żmijewski. It wasn’t Wrona’s first encounter with Zapolska’s oeuvre – he also directed an excellent, coldly analytical version of “the Morality of Mrs. Dulska” starring the fantastic Magdalena Cielecka. Wrona’s six productions (including Pinter’s “The Collection” and Broda’s “The Flaw”) made him one of the most interesting authors of television theatre of the last decade. We can only imagine what other plays he would have taken on after “The Four of Them”…

When he died, one day after the Gdynia  premiere of “Demon”, people tried shrouding his premature death in various legends. Like the one that Marcin Wrona was a lone wolf, striding through the world with his hood drawn over his face, just like he did in Gdynia. Or that it was all because the Gdynia Festival didn’t appreciate “Demon”, even though it had received accolades at other such events around the world. Or the perhaps most bizarre one: that Marcin Wrona meticulously staged his own death. Add to that hypocritical self-accusations – “How could we have been so close and never notice anything?” Over a year after Wrona’s passing, we can examine his work from a bird’s-eye view. We can try to encapsulate his incredibly consistent output in some sort of synthesis and appreciate the artist’s iron discipline. Which doesn’t change the fact that it’s difficult not to get choked up when watching “The Christening” or “Demon” today. The director’s death marked these films in a new way. He used to say that he’d always been obsessive about film, but with time he realized that sometimes you have to let go. We miss him terribly.