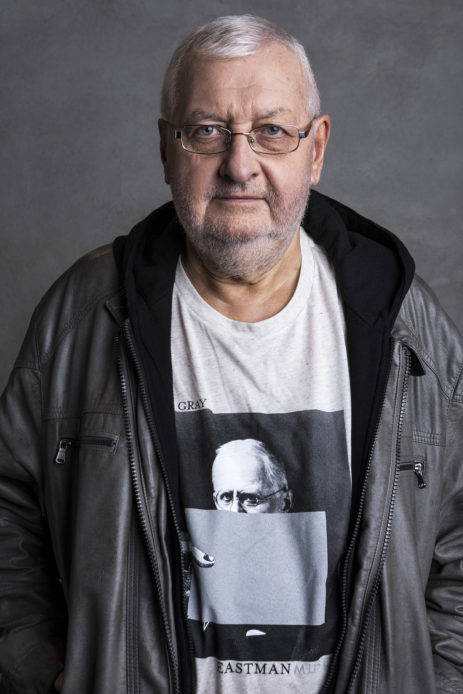 He broke through to the audiences with “Promotion” (1974), winner of the Special Jury Prize in Gdynia. “Pokój z widokiem na morze” (1977) brought him a Silver Leopard at Locarno, while “Lake Constance” (1985) went for gold. “Mother of Kings” won the Silver Bear in Berlin and the Golden Lions in Gdynia. Recipient of the Gold Medal for Merit to Culture – Gloria Artis, Zaorski is a member of the European Film Academy.

“Cinema, the Magic Vehicle”, this is the title of a legendary compendium of the history of cinematography. I think the author of the movie version of “The Mother of Kings” sees cinema like this, too – as a vehicle endowed with extraordinary capabilities that nullify geographic and temporal barriers

You can ride it to the neighborhood of excellent postwar prose, like the abovementioned Mother of Kings inspired by the writings of Kazimierz Brandys or Lake Constance based on a Stanisław Dygat novel, go further back in time to Siberian Exile, or steal a peek behind the scenes of Polish football in Soccer Poker. You can use dramatic conventions to search for the truth about Polish economic migrants in Happy New York scripted by Edward Redliński, or keep up with new technologies in the guise of a comedy thriller.

He calls himself a professional director capable of telling any yarn in a professional fashion. The richness and diversity of his accomplishments are a testament to this claim. And that’s not the extent of his abilities – he perfectly grasped the language of television plays, creating numerous critically acclaimed works that were well-received by TV viewers.

He helped bring one of the first Polish soap operas to life, assembling the cast of Złotopolscy and directing over a dozen episodes of the series. His documentaries merge his two greatest passions – cinema and sport, primarily football. Though he knows Polish television inside and out, he didn’t hesitate to take charge of it when then-Prime Minister Jan Krzysztof Bielecki offered him the job at the brink of the 1990s. Two periods of professional activity – in Communist times and in post-1989 democratic Poland – collide in the portfolio of this eminent director, interweaving and casting an enigmatic light on one another.

Janusz Zaorski will turn 70 in 2017. It could be said that he inherited his love of cinematography from his father, Tadeusz, who was the deputy minister of culture and art in charge of Polish cinema in the 1960s. Those were dark times, but Tadeusz Zaorski earned the respect of filmmakers. “He considered himself the custodian of cinema and held creators in great esteem,” says Janusz Zaorski and reminds us that his father stood up for filmmakers in 1968, which resulted in accusations of philosemitism and, ultimately, his dismissal. For his son, however, Tadeusz Zaorski became living proof that it was possible to remain decent in the bygone regime, even in the challenging world of cinematography, even while holding public office. 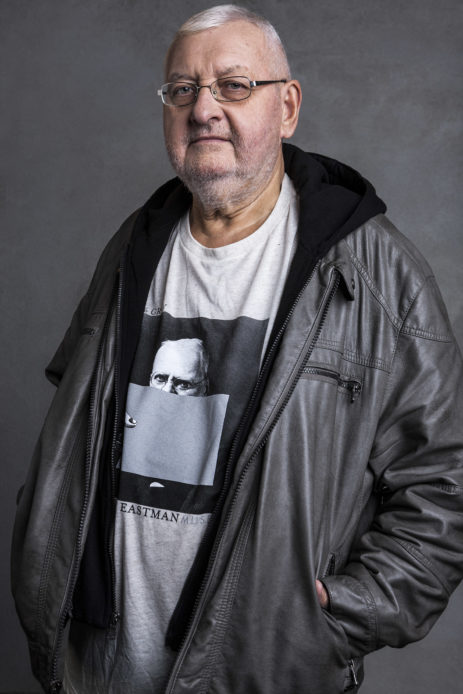 Barely out of his teens – at 22 – Janusz graduated from the Lodz Film School’s direction department, having already worked as assistant director in East Germany and visited the UK for an internship. Even back then he was intent on accumulating as many experiences as possible. He earned his professional stripes under the guidance of Janusz Morgenstern, who invited him to work on the TV series Kolumbowie.

Other great artists of his and slightly older generation – Krzysztof Zanussi, Antoni Krauze, Edward Żebrowski, and Wojciech Marczewski – were making their movies at that time as well, connected by threads of invisible energy passing between them right under the surface, even if their philosophies of art diverged and their films were vastly different. The guru of Zaorski’s youth – and, indeed, his whole lifetime – was Tadeusz Konwicki, who worked as the literary manager of Pryzmat, Kadr, and Kraj filmmaking groups. Zaorski learned Poland from Konwicki’s books, seduced by the writer’s metaphysics. He once staged a radio drama based on Konwicki’s last published book, Czytadło.

In his TV debut, Na dobranoc, Zaorski played with the conventions of action movies. In Run Away Nearly he showed the odyssey of a boy trying to understand his own immaturity and determine his current place in life while traveling across Poland. His first adaptation of Edward Redliński’s prose, Promotion, told the story of a youthful idealist returning to the village of his birth and trying to civilize it by any means necessary. This wasn’t his only collaboration with an acclaimed writer – he co-wrote the script to Partita for a Wooden Instrument with Stanisław Grochowiak and filmed it a year after Promotion. Zaorski always had an exceptional ear for literature, setting him apart from other directors and hinting at his intellectual background. No matter where he’s working or what kind of movies he makes, he still remains true to his heritage.

His works, lauded at the preeminent artistic festivals in the world (twice in Locarno, once in Berlin), are nevertheless accessible to wider audiences – Zaorski
is the author of one of the most widely watched films in the history of Polish cinema

Pokój z widokiem na morze was his initial foray into the “cinema of moral anxiety” movement, which culminated in the disquieting Dziecinne pytania. His friend Tomasz Zygadło gave him the script to this film; it was filmed in 1981 and the finished product bears the mark of its time. One of the most political movies in Zaorski’s career, it was produced by Film Unit X. Zaorski mentioned the many friendships he’d made in this group. Working, reading scripts, drinking vodka together – it all added up to a unique atmosphere.

Zaorski’s masterpiece, The Mother of Kings, was created in Film Unit X (and Wojciech Jerzy Has’ Rondo Film Studio, which allocated half of its budget to its financing). He had been fighting to make this movie for years, presenting his projects to every new official in charge of cinematography and facing rejection time after time. The shooting started in November 1981 and, despite the period of martial law introduced several weeks later, was completed in 8 months. The Mother of Kings was then shelved for several years; by the time of its first public screening in 1987 – initially only one print had been released – the movie already became a legend. The viewers couldn’t decide which scene moved them the most, which portrayal – apart from Magda Teresa Wójcik’s performance of a lifetime as the titular mother of all mothers – was the most memorable.

However, capturing the spirit of Brandys’ novel was Zaorski’s most notable accomplishment in this movie. He showed a simple woman standing up to the system, keeping her dignity until the end in spite of her failures. The times of Hitler and Stalin in Poland, as well as the shackles of Communist oppression, are reflected in Łucja Król and her four sons. This movie encompasses both the suffering of an individual and the strength of a national metaphor – and is intentionally free of pathos. It is indeed a masterpiece worthy of every award.

Janusz Zaorski is an eclectic director. He frequently emphasizes that his movies are meant to be watched, not to shore up his own ego. Lake Constance proved him to be an excellent translator of Dygat’s prose into the cinematic language. In The Baritone, scripted by his friend Feliks Falk, Zaorski explored the concepts of thrillers, brilliantly guiding his cast headed by Zbigniew Zapasiewicz. However, Soccer Poker  – a tale of fixing national league football matches – remains his most successful foray into the realm of popular cinema. Leading man Janusz Gajos was wonderful as Referee Laguna, accompanied on screen by a number of real-life football players, but these weren’t the only factors which made it one of Poland’s greatest box-office hits of the late 1980s.

It wouldn’t be right to demand constant excellence after so many great accomplishments. Zaorski often says that his latest movies aren’t as good as his best works, even though they usually do well at the box office. His technical skills remain enviable, as well as his openness to the world and sensitivity to people and subjects. Generations, his documentary made for the anniversary of the Feature Film Studio in Wrocław, was screened at the 2016 Gdynia Film Festival. Fragments of fifty movies made at the Wrocław studio were arranged to reflect not just the history of that particular place and that particular cinema, but the history of Poland itself. The documentary premiered to thunderous applause. Even though Generations may indicate that Janusz Zaorski is finally ready to glance at the past, we can be sure he’ll find a way to surprise us again.

1974 Give Us This Day Our Daily Bread (TV feature film)