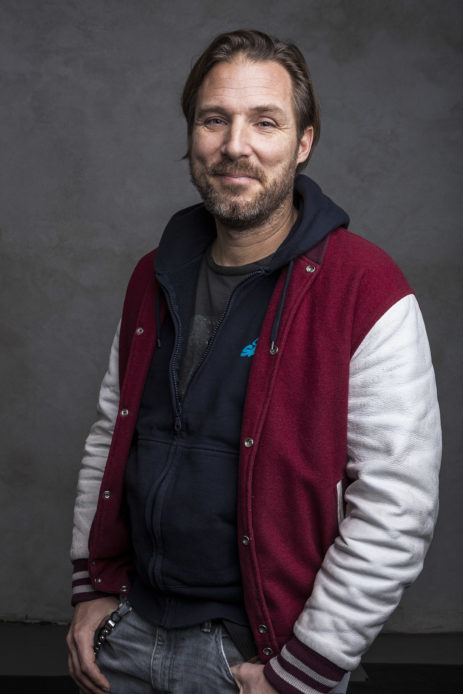 Director, screenwriter, and producer, recipient of the Gdynia festival’s Silver Lions and the Paszport Polityki award. His adaptation of Dorota Masłowska’s novel “Polish-Russian War” (2009) was one of the most discussed films of that decade. His earlier production, “Chaos”, won the Grand Prix at Poland’s largest young filmmakers’ festival. He is currently working on “Birds’ Speech”, based on a screenplay written by his recently deceased father – Andrzej Żuławski.

Unpredictable and bold. The author of the revolutionary “Polish-Russian War”, based on one of the most original and acclaimed works of Polish literature in the last few decades. His films are a blend of the professional skill of a veteran director and the anarchist energy of an experimental filmmaker

He’s the son of Andrzej Żuławski and Małgorzata Braunek – one of the most extravagant, individualistic directors of the last five decades and a mesmerizing actress. This had to leave a mark. Now, after his father’s death, Xawery decided to shoot his script. To fulfill Andrzej’s last wish? I doubt it – this seems to be a personal and artistic duty.

Xawery Żuławski’s features show that he quickly found his easily recognizable style and goes all in, risking rejection. Much like his father, Xawery is stubborn; he doesn’t let go of a project until he completes it. The title of his debut, Chaos, still comes to mind when we encounter his movies – but now this chaos is harnessed on all levels: the idea, the decision to shoot a particular movie, the photography, and finally the editing. Watching his films we can’t shake the feeling that there’s method in this madness and nothing happens by chance. 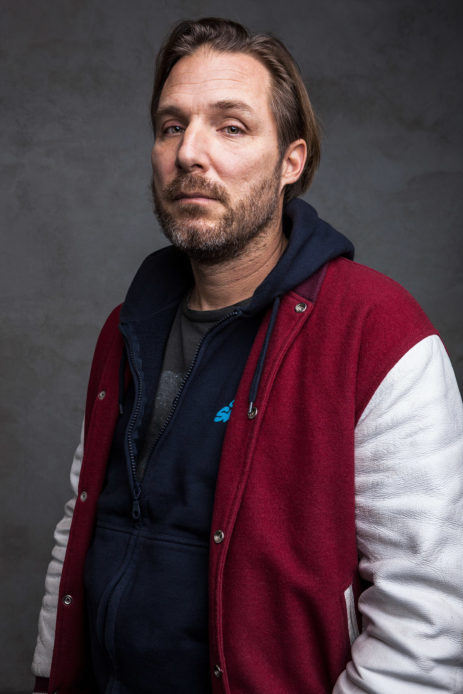 He grew up in a household where cinema was of utmost importance. Wanting him to experience life in a free country, his parents took him to France at 12. Xawery stayed in Paris for four years, studying first at an international school, then a French one. He spent his days off at a Polish school, catching up on the syllabus so that he could keep up with his peers after returning home. He missed Poland terribly – the country gave him space to indulge in his passions, like punk music. On the other hand, living in the West was a great shock to the teenage Xawery. As he recounted years later, “Back then it stank in Poland and smelled nice abroad – literally.” Eventually he returned to attend a renowned high school in Warsaw. To his father’s surprise, Xawery set his sights on studying film direction at the Lodz Film School.

At the Film School it soon became clear that Xawery preferred to stay off the beaten track. He would shoot student films, but didn’t like being lectured on filmmaking by teachers mentally stuck in the 1960s; banding up with like-minded colleagues, he demanded access to artists still working in the field. Krzysztof Kieślowski and Piotr Szulkin were among the directors invited to speak at the Film School; Żuławski owes the most to his encounter with the latter. Instead of asking the students about the lofty ideas behind their future oeuvres, the director of The War of the Worlds: Next Century began his lecture by ordering the attendees to swap out every lens. “We were snotty little film students and he gave us a lesson in humility,” Żuławski concluded.

Working as assistant editor on his father’s Blue Note gave Xawery some filmmaking experience before he started school. He struck up a close friendship with two other students, Mariusz Front and Artur Urbański, and appeared in Front’s feature debut, Double Portrait, in a group of students discussing the protagonist’s movie on the terrace of Palace of Culture and Science. The fierceness of that debate resembled their heated real-life discussions. Some time later, as Xawery was working toward producing Chaos, Urbański hired him as assistant director of his Bellissima. 15 years in similar jobs (starting from assisting Mariusz Grzegorzek in Conversation with a Cupboard Man in 1993) taught him all the ins and outs of film sets, revealing almost all their secrets, while work in advertising gave him insight on many aspects of movie-making professions. Though he worked for one of Poland’s preeminent ad companies, PZL, headed by Kot Przybora and Iwo Zaniewski, he chose to focus on photography instead of directing clips. He didn’t want to direct films that weren’t entirely his own. However, this job gave him numerous opportunities to meet directors and cinematographers employed by PZL, both Polish and foreign. He learned from them as much as he could about the craft.

Xawery didn’t graduate from Lodz Film School because the dean of the direction department, Wojciech Jerzy Has, rejected his idea for a thesis film. Instead of pleading his case, he decided to craft his debut by his own means. An entire decade had passed before his idea was finally realized. In the meantime, Xawery worked on the photography team in his father’s Fidelity and shot a number of ads, but Chaos was always on his mind. The process of making Chaos – broken up by searching for financing and producers – took five years. The finished product divided critics and audiences as soon as it appeared on the silver screen.

He calls himself an orthodox fan of graphic novels. He used comic book aesthetics to craft his own cinematic language in “Polish-Russian War”

Chaos follows the lives of three brothers, each having chosen a different path: the first one works in a corporation, the second wants to be his own boss running a market stall, while the third shrugs off commonly accepted norms, leaning toward punk and alterglobalist subcultures. Their stories let Żuławski paint a broad picture of modernity. Paying no mind to detractors, he joins the public debate after his own fashion and points out its hollowness, contrasting it with the earnestness of his filmic statement. This was noticed even by his harshest critics, who emphasized the passionate storytelling of Chaos, the camera trembling with emotion. The movie received two awards in Gdynia, as well as the main special award at the Młodzi i Film young filmmakers’ festival in Koszalin. Some have also noted its subtle parallels with Andrzej Żuławski’s directorial debut, Third Part of the Night.

Xawery’s father first saw Chaos on its first night and admitted he was deeply moved. He advised his son with his second movie, Polish-Russian War, based on Dorota Masłowska’s famous novel. Much like its literary predecessor, the film was proclaimed a new voice in Polish art. Intentionally hammy and cartoonish, set up like the frames of a comic, it shows the director’s quest for a cinematographic language equivalent to Masłowska’s prose, which was absolutely revolutionary in contemporary Polish literature. This form of expression was already familiar to Xawery, because he considers himself a devoted fan of graphic novels.

Quentin Tarantino, Abel Ferrara – these names are the first to come to mind when you try to compare Xawery Żuławski’s style of direction to a foreign creator

He quite accurately interprets Polish-Russian War as a tale about the power of imagination, both the protagonist’s (Strong, brilliantly portrayed by Borys Szyc) as well as the storytellers’. Therefore, the movie screen shows the protagonist’s drug-fueled escapade, filled with assorted hallucinations, as a funhouse mirror reflecting contemporary Poland as a whole. Żuławski populated his sets with an excellent team of young actors and, chiefly, actresses accompanying Szyc: Roma Gąsiorowska, Maria Strzelecka, Magdalena Czerwińska, Sonia Bohosiewicz, and Dorota Masłowska in an autoironic cameo as herself electrify the screen with rebellious experimentation. Even though Polish-Russian War was produced eight years ago, its power remains undiminished. It also stands as the sole – so far – example of a Polish director creatively developing their inspiration with the works of filmmakers like Quentin Tarantino or Abel Ferrara.

Polish-Russian War brought its author the Polityka Passport Award and numerous other prizes, but remains his last finished feature film. Żuławski also has several TV series under his belt; he considers Krew z krwi, filmed for HBO, his best work. He had dedicated Polish-Russian War to his father, whose script he’s planning to film. What will it be like? Impossible to say – Xawery Żuławski is one of the most unpredictable artists in Polish cinema.