The Polish Filmmakers Association (PFA), Poland’s largest organisation uniting the industry’s professionals, has been tirelessly upholding the interests of filmmakers and the filmmaking community ever since 1966. The Association’s activities are sweeping in scope, ranging from protecting filmmakers and the filmmaking professions, via collective copyright management, to promoting and disseminating film culture in Poland and film production. 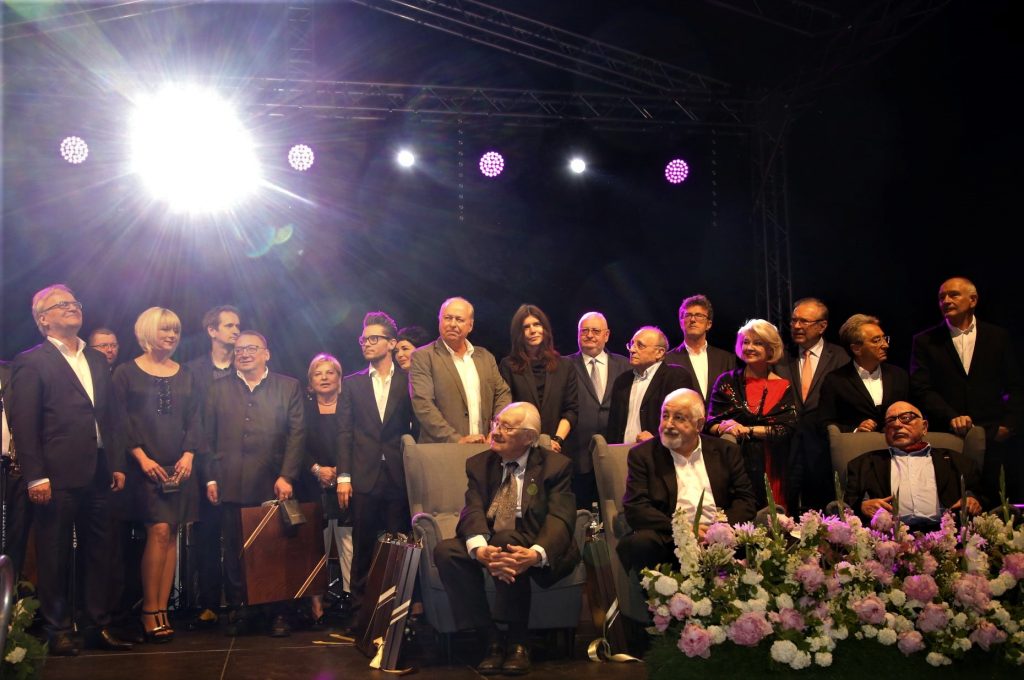 Jacek Bromski is the President of the Polish Filmmakers Association (PFA) and Karolina Bielawska and Dariusz Gajewski are the Vice-Presidents. Here and now, the Polish Filmmakers Association (PFA) has some one thousand, eight hundred members. They come from every profession in the business; there are feature and documentary directors, cinematographers, animators, editors, screenwriters, make-up artists, production and costume designers, art directors, set designers and decorators, composers, sound directors, operators and editors, special effects experts, stunt artists, actors, production directors, producers and specialists from the creative and technical-creative film sector, along with film critics, historians and commentators. The Association’s fundamental and foremost task is to protect the industry’s professionals and the filmmaking professions. The organisation’s greatest worth is its members, which is why protecting and supporting them is one of the primary purposes underlying its activities. This applies, in particular, to those at the start of their professional careers and seniors. One of the benefits members can avail themselves of is the Polish Filmmaker’s Association Artists’ Retreat in the picturesque, central-eastern town of Kazimierz Dolny.

For many years now, the organisation has engaged in the fight for favourable legislation which accords with the interests of our country’s cinema and protects its artists. The involvement of the Polish Filmmakers Association and, above all, its President, Jacek Bromksi, made it possible to secure changes to the copyright laws and played an extensive role in the passage of the Cinema Act onto the statute books. It was on the strength of that act that the Polish Film Institute was founded. The PFA, together with the Polish Audiovisual Producers’ Chamber of Commerce (KIPA) and other social and professional organisations, became the Institute’s foremost partner, participating in its most important initiatives. The Association was involved in the work on the system of experts and constructing the operational programmes, on establishing the regional film funds and on the amendments to the Public Media Act and the Copyright Act. 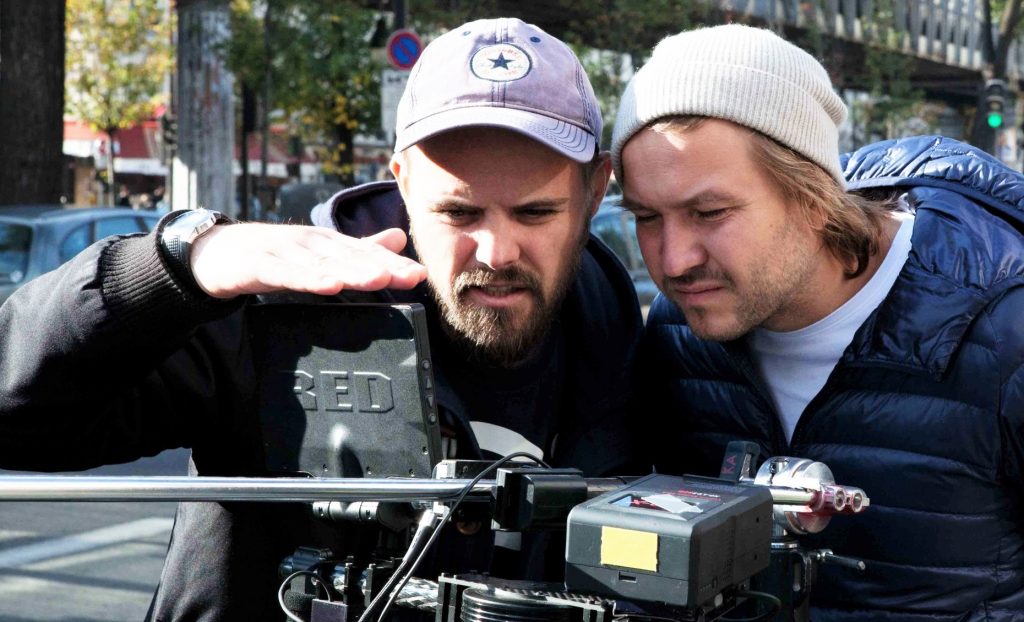 In 2013, the PFA, in conjunction with other organisations, founded the Creative Poland Association, which works for the development and protection of Polish culture, science, scholarship, creativity and innovativeness. Creative Poland aims to disseminate and ensure equal access to cultural works and to protect the moral and material rights arising from creative works, including scientific and scholarly works, artistic works, literary works, journalistic works and innovative works. At present, the greatest challenge facing the Polish Filmmakers Association, Creative Poland and every single cultural community in Poland is combating media piracy, a fight which also encompasses political acquiescence on that front. The Association continually collaborates with the most important state institutions on legislative processes, sharing its knowledge and experience and acting as a consultant on legislation at both the national and European levels.

The Union of Audiovisual Authors and Producers (ZAPA), which operates within the structures of the PFA, is one of our country’s most effective collective copyright management organisations. It protects the rights of directors, screenwriters, cinematographers, production, costume and art designers, sound engineers, editors and producers of audiovisual works and is the first organisation of its kind to have obtained the ISO 9001:2008 quality management certificate. 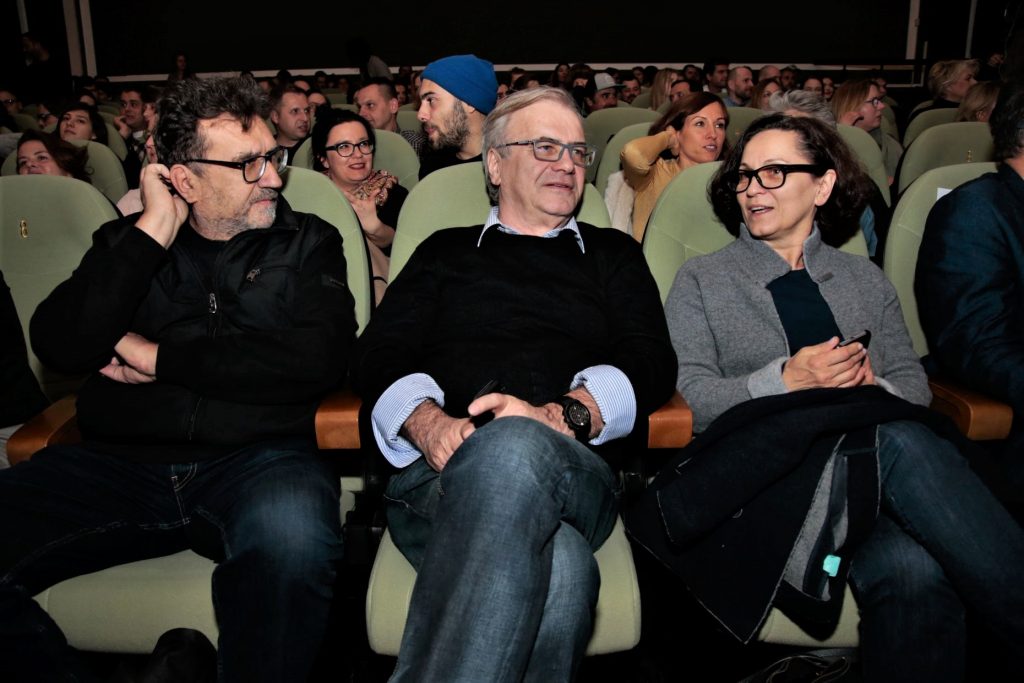 Munk Studio, another of the organisations which operate within the structures of the Polish Filmmakers Association, is the only film producer in Poland with the primary task of supporting young artists, particularly those making their debut. The programmes it runs to this end include three devoted to shorts; 30 Minutes, which focuses on features, First Documentary and Young Animation. To date, dozens of shorts have been made under their auspices. There are two more programmes, as well; 60 Minutes and Full-Length Feature Debut. Munk Studio’s productions have won awards at Poland’s most important festivals, with Gdynia to the fore, and they have toured the world, from Clermont-Ferrand to the Palm Springs and the Sundance. They have even garnered not only two European Film Academy nominations and a European Film Award, but also IDA nominations and a place on the Oscar shortlist on more than one occasion.

The PFA is one of the chief organisers of the Gdynia Film Festival, a member of the event’s Organisational Committee and one of the bodies funding the Pomeranian Film Fund, which is the festival’s producer. Ever since it was founded in the nineteen seventies, the festival has hosted the Polish Filmmakers Association Forum, a key meeting of film artists, where the most crucial problems facing the cinema community are discussed. The Association is also a co-organiser of the Krakow Film Festival and the Koszalin Youth and Film Debut Film Festival, which is currently flourishing under the PFA’s guiding hand. 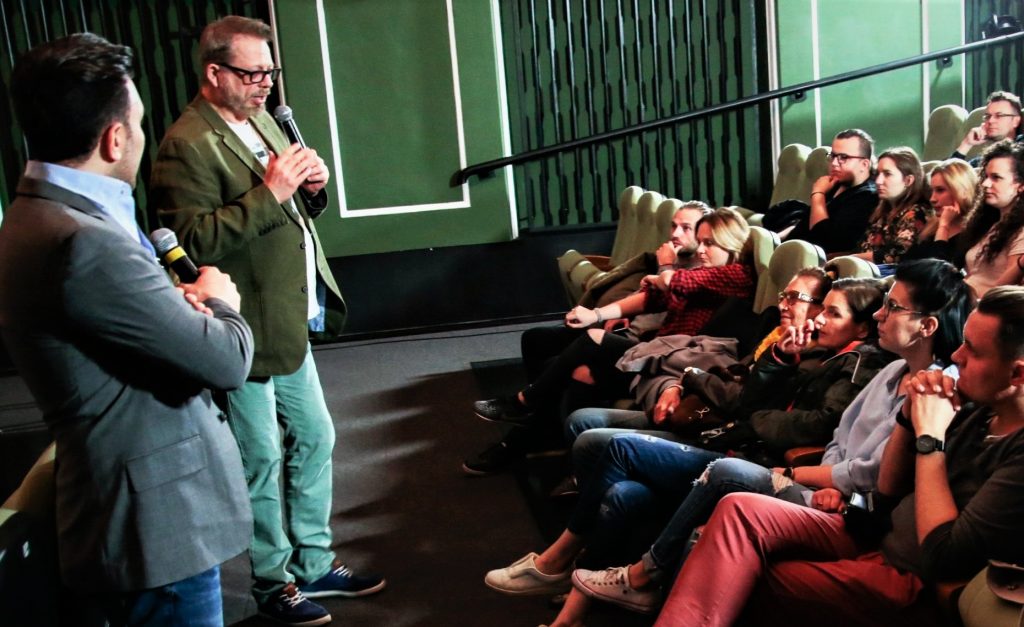 The Association runs one of the oldest and most beautiful cinemas in Warsaw; Kino Kultura. Located in the very heart of the city, on the ancient Royal Route, at 21-23 ulica Krakowskie Przedmieście, it offers a programme of ambitious Polish and world cinema. The Kultura is a member of the Europa Cinemas network and the Arthouse Network and it enjoys enormous popularity as a venue for block screenings, festivals, jubilee celebrations and film industry conferences. Its superb restaurant is the number one spot for social and professional get-togethers amongst filmmakers, an address that stands as natural meeting point for the community. There are two auditoriums; the Kultura seats two hundred and thirty-four and the Rejs seats sixty. Both boast state-of-the-art equipment and are adapted to digital projection.

Polish Film Promotion (PFP) also functions within the structures of the Polish Filmmakers Association. PFP collaborates closely with the Polish Film Institute and other representatives of Poland’s film industry. Its brief is to work for the cohesive promotion of our country’s cinema in the international arena. With a remit which includes comprehensive PR services, it is responsible for running publicity and information campaigns concerning Polish filmmakers’ participation in international festivals. Polish Film Promotion is also involved in building the Polish Cinema brand, which will provide a distinctive umbrella for every sphere of Poland’s audiovisual industry and serve to promote Polish cinema all over the world. 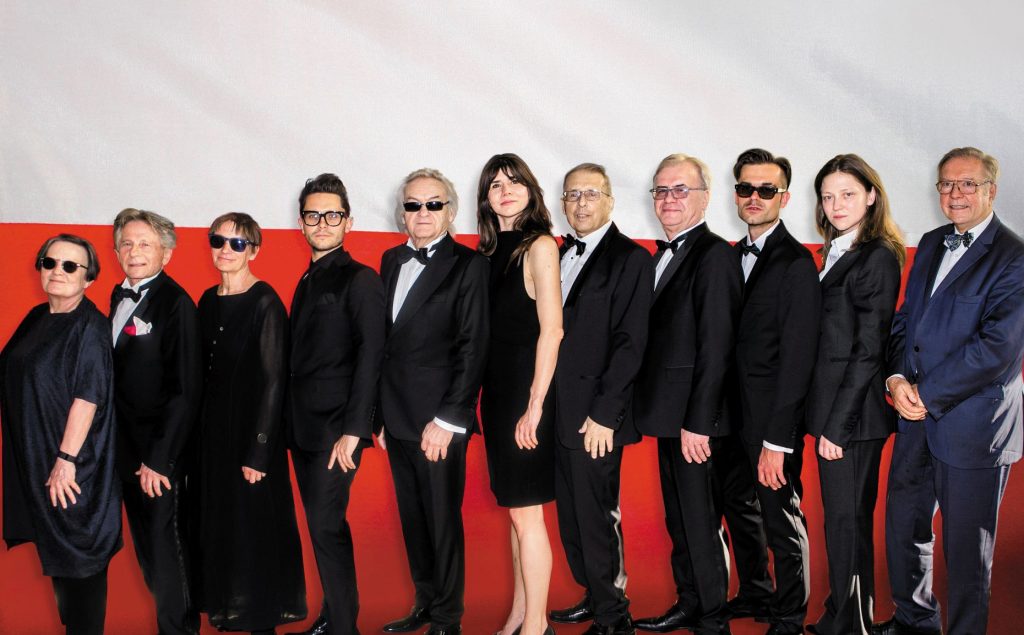 As part of its comprehensive view of the film market, the Polish Filmmakers Association is also involved in supporting distribution. In this area, the focus is twofold; the emphasis is on promoting Polish cinema both at home and abroad and on the dissemination of film culture throughout society. These activities are carried out under a programme created specifically for the purpose, A System for Supporting the Distribution of Polish and European Films and Cinema Classics. Distributors of films falling within the three categories identified in the programme’s very name and with running times of no less than sixty minutes can apply for support from the programme. Applications can also be submitted for a group of shorter films where the total running time is an hour or longer. In addition, the screening of the works in question will mark their premiere in Poland.

The PFA publishes “Magazyn Filmowy” (Film Magazine) and runs the www.sfp.org.pl website. Together, they excel as a platform for discussion about Polish cinema and source of information on the Association’s activities. Interviews with outstanding figures of Polish cinema, reports, accounts of events of vital importance to the community, coverage of film festivals, announcements of Polish film premieres, reviews of newly published books and newly released films and DVDs, current box office news, technological innovations, major industry events, crucial changes in the law and facts relating to the activities of public institutions can all be found in the magazine and on the website. 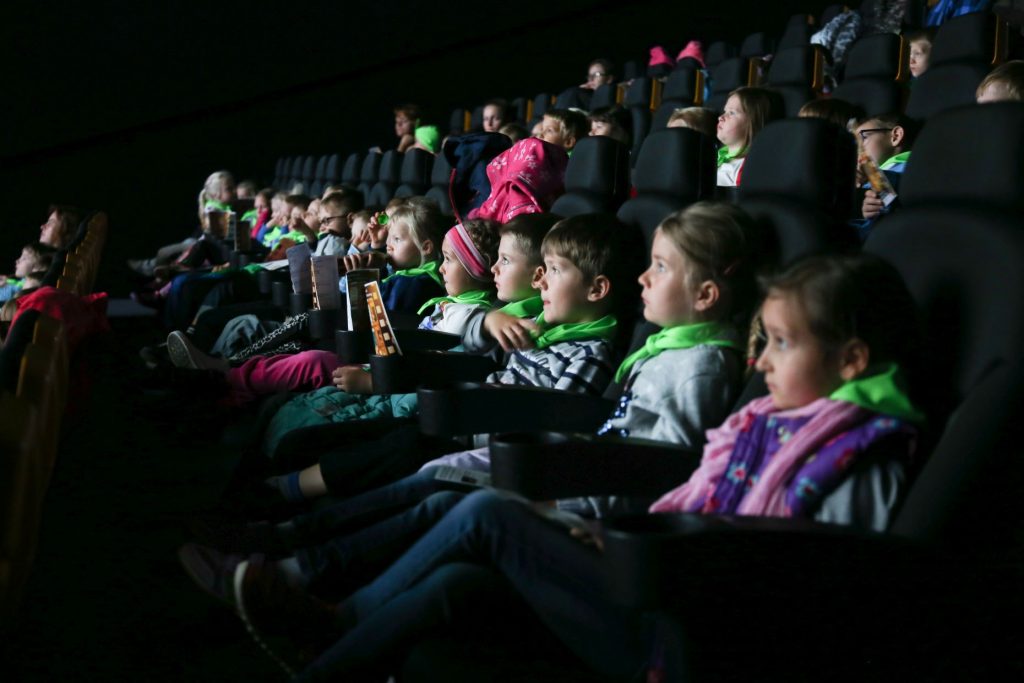 The PFA launched its Polish Cinema For Young Audiences programme in 2004. It serves to introduce Polish cinematic works for children and young people to audiences both at home and abroad. Thanks to these efforts, Polish films have been seen by youthful cinemagoers all over the world, while the Gdynia for Children section of the Gdynia Film Festival and the accompanying programme of workshops attract thousands every year. Those audiences and participants also include the disabled, since the PFA was one of the very first institutions to promote the concept of cinema without barriers, offering audio description and signing.

The Polish Filmmakers Association Awards have been conferred since 2007, making their way into the hands of representatives of numerous filmmaking professions, going not only to directors and cinematographers, but also to those whose work, albeit just as essential, may receive less publicity; in other words, sound engineers, editors, art directors, set designers, costume designers, production directors, authors and critics. The Association’s awards are presented for a lifetime’s achievement. The people who receive them have shaped the face of Polish film, even though it frequently happens that their work has been swallowed up by the shadow of big names. The members of the Association’s Film Critics’ Circle and the Polish Section of the International Federation of Film Critics (FIPRESCI) also confer their own awards, the Golden Reels. The latest award which the PFA has had a significant hand in instigating is the Prospect. Dedicated to the memory of Janusz ‘Kuba’ Morgenstan, it is intended for debuting and young filmmakers. 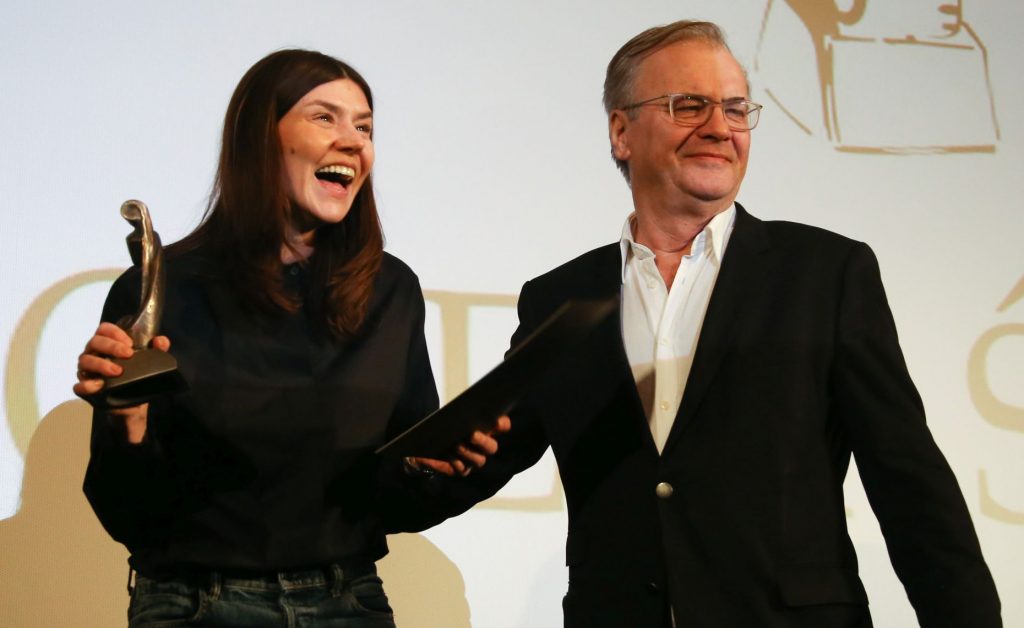 Widely know around the globe, the Polish Filmmakers Association is a leading film organisation in Central and Eastern Europe and a member of the world’s most important audiovisual organisations, such as FERA, AIDAA, CISAC, AGICOA, FIPRESCI and CIFEJ.

For more about the Polish Filmmaker’s Association, please visit: