That Had to Be Shown

A mother (Agata Kulesza) and her son Marek (Grzegorz Palkowski) are looking for a warm place to stay before the coming winter. They’ve recently been evicted from an apartment in downtown Warsaw. Now the mother loses her bed in one homeless shelter after another, because she refuses to abandon her dog “Koleś”, and there’s no place for him in them. The son studies law by day, and works at a carwash by night. He sleeps in his girlfriend’s parents’ garage. The only place where the mother feels comfortable is a squat. There, she meets friendly people, including her former student, finds something to do, and starts to slowly regain her composure after the loss of her job and home. But then Polish Independence Day rolls around, and with it a nationalist demonstration. The squat in which she had been staying becomes the target of right-wing militants.

The assault on the Przychodnia squat took place on 11 November 2013. The over 20 minute long sequence of the attack, and the nationalists’ march through the streets of Warsaw, were shown using mostly documentary footage. Pogrom, civil war, lynching – those are your first association upon seeing these scenes. And yet. It really happened. Here and now. While most of us stayed passive and silent. 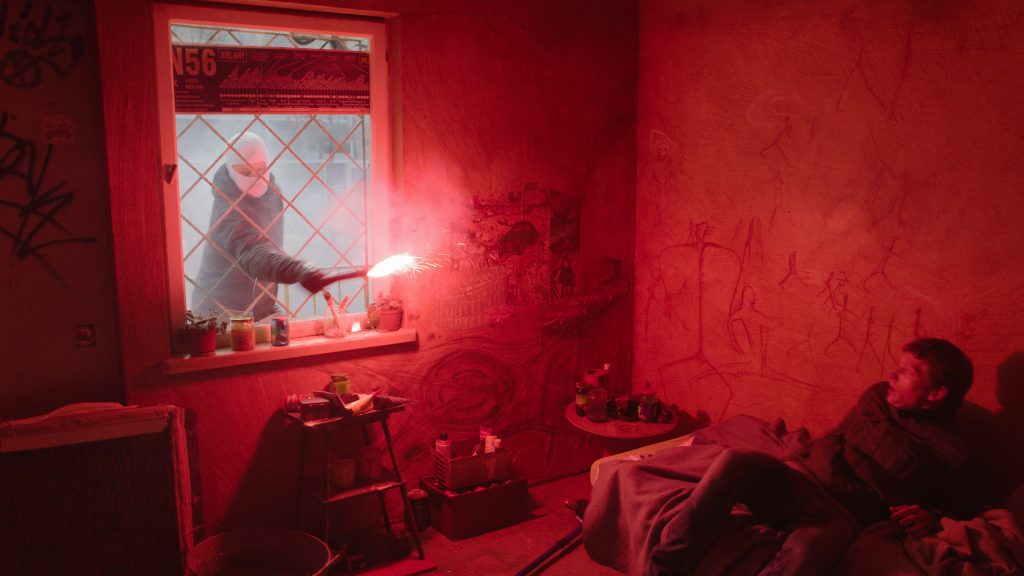 Magdalena Żakowska: What were you doing with a camera in the streets of Warsaw on 11 November 2013?

Andrzej Jakimowski: We were shooting footage for a film about the rising tide of nationalism in Europe. That year, we also shot in London, Berlin, Poznan, and Dresden. It wasn’t just Warsaw.

Why the sudden about-face? You ended up making a movie about a family that loses its home following an eviction, set against the backdrop of the assault on the Przychodnia squat.

The nature of nationalism is slightly different in practically every European country. I couldn’t find the common denominator necessary to show people where it all came from without resorting to simplifications or lecturing them on history. It’s a topic fit for a massive book, not a feature film. But what happened in Warsaw was very striking. Especially if you consider where it happened. It’s downtown Warsaw, which is currently somewhat depopulated, full of abandoned tenements whose inhabitants were evicted. I know this area inside out. I’ve lived here, I shot documentaries here, studying people’s family histories going back several generations. For example, next door to the squat is Wilcza 32 St. I made a documentary about that house – that was where Ola Prószyńska was raised, the girl who went on to star in “Squint Your Eyes”. Looking at the Independence March outside her windows, I also see the history of this neighborhood and of the people who have lived here and continue to live here. This knowledge gives me a slightly broader perspective. That’s why the assault on the Przychodnia squat, seen within this context, is a very striking event to me. It’s this nexus of various phenomena. It might be too bitter a pill to swallow – some people aren’t able to – but it can’t be watered down.

Did you witness the attack on Przychodnia?

Yes, I saw it up close. And we didn’t just document the attack, we have a lot of drastic, brutal footage from that whole year. We didn’t use most of it in the film because we didn’t want to celebrate these sort of images. I was much more shaken by the sight of a mother with her child, whom I couldn’t film for the documentary in 2013. But I put a similar girl in the March in 2016. 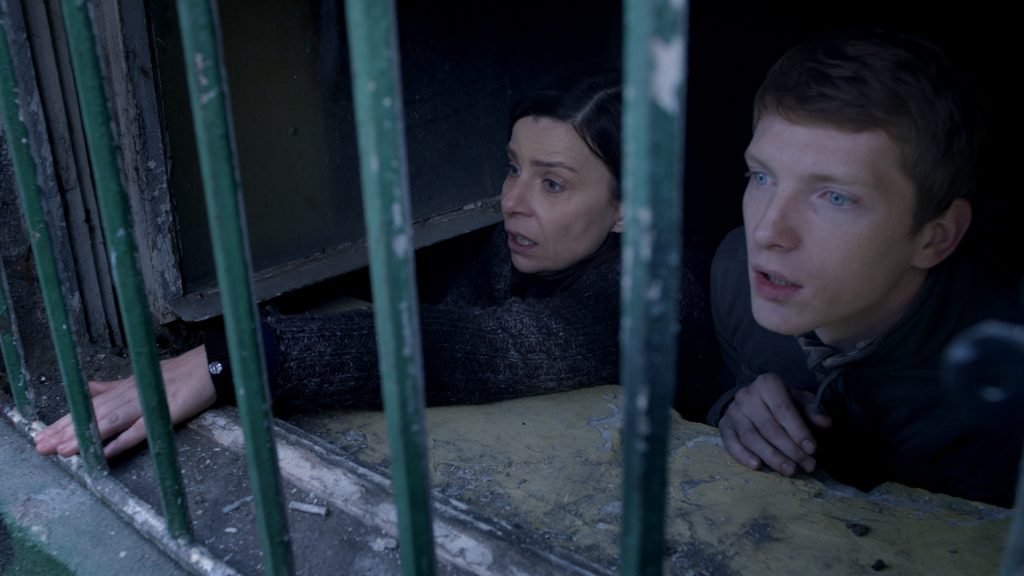 You showed enough to make us feel the power of this nationalist fever with clearly neo-fascist roots.

I’d be careful about using these labels. We’re not showing extras, but real people and their emotions – you just can’t describe that with words. Words are not enough. Of course, in the March sequence, we will hear many slogans chanted by the crowd, but those slogans don’t encompass all the emotions that these people are feeling. There’s still a lot of other emotions, even though we’ve already run out of words.

In your film, during the March on 11 November, two friends find themselves on the opposite sides of the barricade – Marek and Krzyś. They come from the same tenement house, and work at the same carwash in the evenings.

They’re both surprised, they didn’t expect to see each other on opposite sides. Marek is no squatter, much less an Antifa activist. He found himself at the squat because of his mom, but then again, people who are evicted from houses in downtown Warsaw do find themselves at squats from time to time. And Krzyś Is no ordinary hooligan, much less a fascist militant. The daily grind and specter of eviction have eroded his sense of self-worth and trust in the social contract. The slogan “Pride, pride, national pride!” resonates with him. He gladly participates in the brawl, because someone has finally pointed him at an enemy, so he can vent all his anger and frustration. These people hate their “enemies”, but they don’t know them. They’re surprised when they can suddenly look them in the eye.

A meeting between a patriot and a nationalist?

Those words again. Words versus words. They stir our emotions and blur our vision. You can see things much more clearly if you take a step back. Words are useful, indispensable if we want to capture an abstract concept. I was recently asked after a screening about the difference between patriotism and nationalism. I responded that nationalism can’t do without pointing out enemies, while patriotism doesn’t need them. Our great patriots did not harbor hatred towards anyone. The word “hate” allows us to showcase the difference between two nebulous terms. 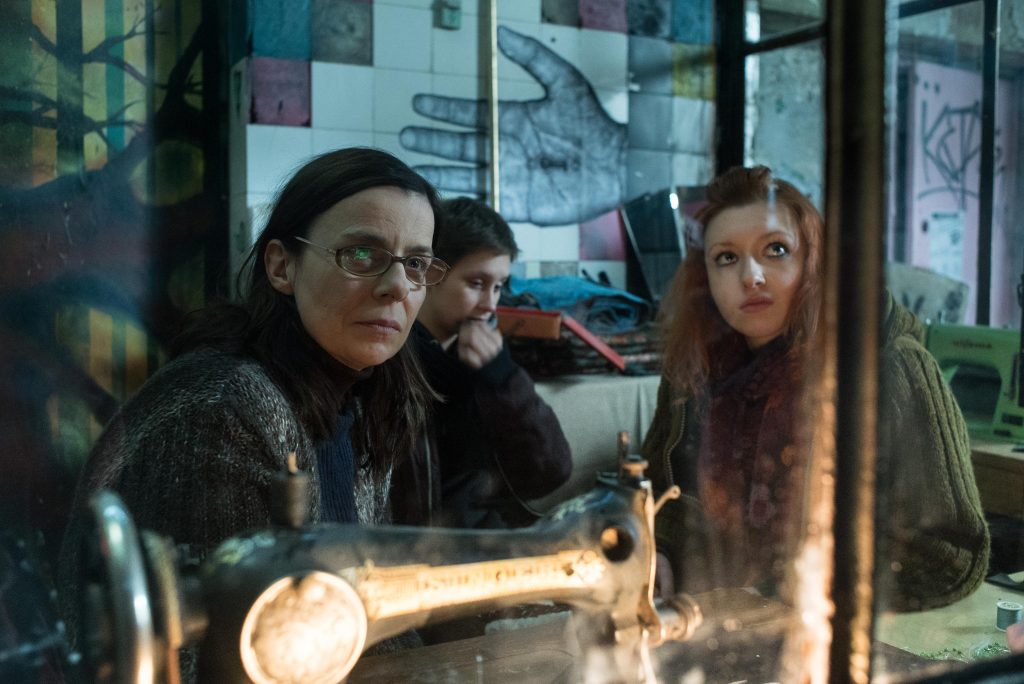 How did you get your hands on the footage shot from the crowd of attacking nationalists?

The best footage was shot by Tomas Rafa [a photographer and filmmaker who does research on the problem of extremism in Poland, Czechia and Slovakia, as part of the “New Nationalism at the Heart of Europe” project – ed.] Tomas is an extremely talented cinematographer. He can shoot anything he sees, and he sees more than most people. That’s how he is able to be at the center of events before everyone else arrives. Tomas has no survival instinct, much like many war correspondents. And he actually did shoot in warzones on occasion, for example in Sloviansk. When we were shooting Marek and Koleś the dog outside the squat, we didn’t manage to get two or three of the shots with the dog that I wanted, which bummed me out. But later, in the editing room, we found out that Tomas got the footage I needed. No one else, myself included, had noticed that for a while the dog was right where we needed it. Tomas did notice, and he got the shots.

How did you get the squatters to trust you?

From what I’ve gathered, there’s no such things as “trust” when it comes to squatters. Someone always has an issue with something. I went there right after we shot there, on 13 or 14 November. It was a shocking sight. There was no electricity, the rooms were completely cold and dark, because all the window had been boarded up. They were burning furniture in a smoldering pot-bellied stove. It was like I had been transported into another time – the middle ages, or some dystopian future. Experience has taught squatters not to trust people too much. But I needed permission to shoot inside the building. Eventually, someone told me that they were not interested. Ok, no problem, I have other interesting topics lined up. But a year and a half later, they called me up themselves, asking if we were still interested. Ok, I get it, you can change your mind. If it weren’t for their distrust and initial objection, we’d have finished the movie in 2015. But it was worth the wait to show the reality of the squatters’ life, to show life inside Przychodnia. At the squat, I met Mrs. Iwonka, who served as inspiration for the character of Marek’s mother. 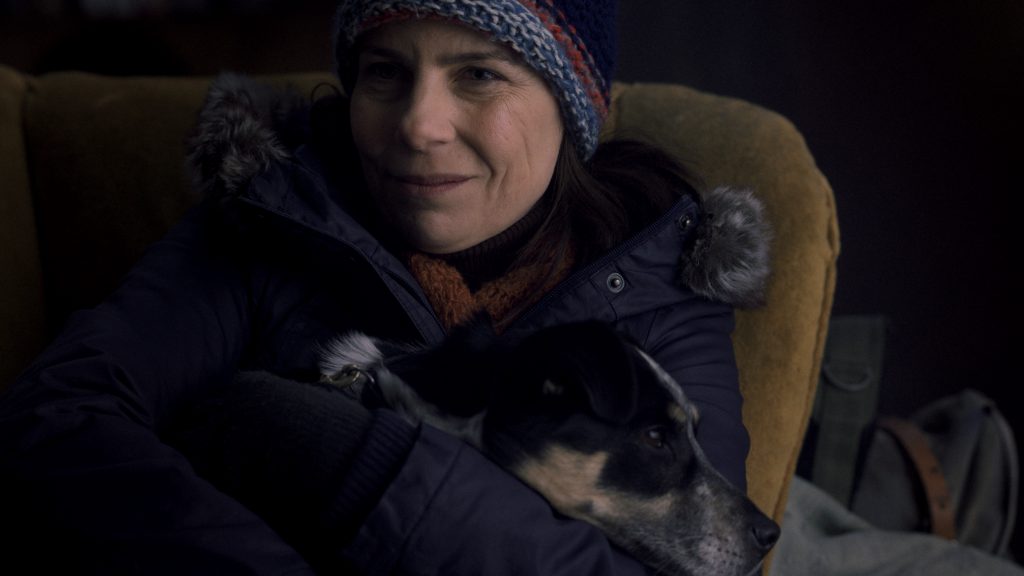 It’s a great character – broken, apathetic, and depressed, but at the same time indomitable, and with a very distinct and beautiful “backbone”.

She is a composite of a couple of people – a homeless woman whom I met during the production process, but also my mother, to whom this film is dedicated.

My mom, just like Marek’s mom, was very protective of stray dogs. She also hated people mindlessly littering in the streets and parks. As do I, by the way. I always pick up that trash – Marek’s mother got that feature from me and my mom.

You’ve worked on this film for four years. Did you have moments of doubt when you considered abandoning it altogether?

It was two years, not four. The other two was just the squatters making up their mind. In the meantime, I was doing other interesting things. But it was a relief to finally get it finished. I showed something that I saw with my own eyes, and which weighed on me in a way. After all, I was an eye witness, and so giving this testimony eases the burden of responsibility a bit, I feel. Let others deal with it now, and do with it what they will.