Director, screenwriter and lecturer. Debuted with the movie “Deborah” (1995), nominated for Golden Lions. For “Zhoorek” (2003), based on story written by Olga Tokarczuk, he was nominated for Eagles – Polish Film Awards, including Best Movie. Vice-dean of Directing Department of Lodz Film School.

His excellent “Zhoorek” was described as a Leigh-esque social awareness tinged with Czech humor. After “Deborah”, he was praised for expertly guiding his actors

He graduated from the Department of Graphic Art of the Lodz Fine Art Academy, and the Department of Directing of the Lodz Film School. He has made feature films, commercials, and TV series. During his three year stay in the United States (1987-1990), he shot news reports for WNYC, PBS, and TVP. Since 2004, he’s been lecturing at the Lodz Film School, where several dozen student etudes were created under his guidance.

In the early 1990s, Ryszard Brylski discovered “Deborah” – Marek Sołtysik’s novel about the forbidden love between a Pole and a Jewish girl taking place in the restless summer of 1939. “I wrote »Deborah« lovingly and fearfully. It was my fifteenth book. And my first shameless one. I avoided being explicit. I wasn’t thinking about critics. I published it in 1991 to pay for rent,” recalled Sołtysik. The book impressed the director so much that he decided to translate it onto the screen.

That is the story of Ryszard Brylski’s feature film debut “Deborah” (1995), although his film combines elements of Sołtysik’s book with a story about the love of a Pole and a Jewish girl told to him by a New York rabbi. The titular Deborah (Renata Dancewicz) is a Jewish girl from a rich family of lawyers. She and her cousin visit the home of painter Marek Wawrowski (Olgierd Łukaszewicz), his wife (Ewa Pakulnis) and children. An affair quickly blooms between Wawrowski and Deborah. When Marek’s wife leaves with their son for Zakopane, the lovers grow even closer. But then Nazis appear in the area, and anti-Semitic witch hunts, along with the specter of impending war, force Deborah to hide in the cellar.

A film about burning passion (one of the side plots is devoted to a German Nazi’s affair with his former manservant) in the chaotic times of widespread fear and constant masquerading, it was praised above all for direction and excellent use of actors. At the 1995 Gdynia Film Festival, Renata Dancewicz received an award for Best Supporting Actress (for her turns in “Deborah”, Ślesicki’s “Dad”, and Kutz’s “Colonel Kwiatkowski”), and Ryszard Brylski received the Golden Debut during the Cierlicko Summer of Cinema. 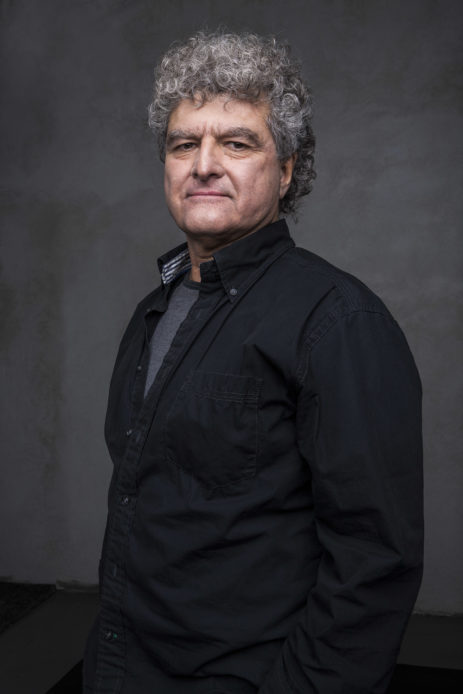 He then started working in television, and made his next film – the excellent “Zhoorek” (2003), based on a novel by Olga Tokarczuk – only eight years later. “I had for several years wanted to make a socially aware film, like the ones made by the Czechs, or Mike Leigh,” said Brylski at the time. “Not to show poverty, but to portray ordinary people and their existential dramas. When several years ago Tadeusz Nyczek gave me Olga Tokarczuk’s book, I found it had everything I was looking for. A realistic story – touching, dramatic, funny – and a clear-cut metaphor. I also appreciated the mystery lurking between the lines. I followed it as I was writing the script, perhaps even departing from the author’s original vision.”

This Christmas tale begins with a shot of young widow Halina (Katarzyna Figura) marching along snowy train tracks, carrying an infant wrapped in a blanket. She is followed by her 15-year-old daughter Iwona (Natalia Rybicka), who gave birth to a child out of wedlock. Halina wants to find the father before Christmas Day, so that they can christen the baby. But the daughter – deemed not entirely sound of mind – points to one man after another. As it later turns out, she is trying to protect the father’s identity, which she swore to do “at all cost”.

“Zhoorek”, a modest TV production, had a troubled road to the screen. “We had to wait three years to get it going,” recalled Brylski. “We had very little money for production. We had to shoot fast, so we’d spend a lot of time preparing and rehearsing for each shoot.” The film was declared one of the best Polish productions of 2003 – Brylski received a nomination for Polityka’s “Passport”, and “Zhoorek” received awards in Gdynia, Tarnów, Września, Dubrovnik, while also earning a whopping six Eagle nominations.

It scored Katarzyna Figura an Eagle for Best Female Lead. “She immediately fell into the role of the mother,” said the director about Figura, who showed in the film a completely different side of herself. “She’s an actress that doesn’t limit herself to one type of character, she likes challenges, she wants to evolve. And she understood perfectly what we were after. »Zhoorek« isn’t a film about the problem of unwanted teenage pregnancy, or about incest and sexual abuse. It’s a film that searches for the proportions between good and evil in their universal sense, and shows how blurry that line can be.”

After “Zhoorek”, Brylski made two seasons of the thirteen episode mini-series “Pogoda na piątek” with a spectacular cast including Danuta Stenka, Katarzyna Figura, Agnieszka Warchulska, and Rafał Królikowski. “»Pogoda na piątek« is a thoroughly cinematic TV series, both in terms of script and production,” explained Brylski. “It’s a well-written, Altman-esque story, in which various plotlines intersect languidly. I was also curious to see if I would be able to manage a story told in this fashion. I’m treating it as a good workout before starting the battle to make my next film.”

“I like my films to have an absurd, even sarcastic sense of humor, irony, nuances, and ambiguity,” says Ryszard Brylski about his cinematic proclivities

That next film turned out to be “Wonderful Summer” (2010), proclaimed to be the Polish response to the HBO series “Six Feet Under”. The story takes place in the funeral business – with the father making gravestones, the daughter finding a job in a funeral home, and one of the key segments of the film taking place at a funeral expo featuring coffins, graves, and even catering for wakes. One of the most important background characters is the mother, or rather her ghost (Katarzyna Figura) – as she was crushed to death by a gravestone. From the afterlife, she attempts to guide her young, rebellious daughter “Kitka” (Helena Sujecka) as she tries to become independent and find a boyfriend.

The first version of the script had been written years before by Agata Nowak – called “Dwa światy, zaświaty”, it earned her the second prize during the Polish edition of the Hartley-Merrill contest, and the admiration of the great director Stanisław Różewicz. Then Brylski, together with Wojciech Lepianka, started working on the script, developing the plot sketched out by Nowak, and also coming up with the double role for Katarzyna Figura, who plays both the ghost and a local fortune teller. The film received awards in Chicago, Seattle, and Łagowo, among other places, and was praised for the role of young Helena Sujecka, who was declared the “biggest discovery” of the Września “Prowincjonalia” festival.

“I like my films to have an absurd, sometimes even sarcastic sense of humor, irony, nuances, ambiguousness,” said Ryszard Brylski about his cinematic proclivities. “I think »Zhoorek« had that in spades, but so did »Wonderful Summer«, which is not just a romantic comedy about a teenager’s heartbreak, but also a warm and funny tale about the human existence, about getting accustomed to death and its accompanying trauma.”

Currently, Brylski is preparing the premiere of Sławomir Mrożek’s “Police” at Teatr Nowy in Lodz. Of his sudden interest in theatre, he has this to say: “It’s because of Mrożek. I was raised on »Przekrój« and so I’ve loved him since childhood. There are many plays that can be successfully adapted into movies. But that’s not really the case with Mrożek. His texts are unique, and because of the ‘nonsensical’ way in which they describe reality – thoroughly theatrical. That’s why I moved to the stage.”