Feature and documentary movies director. His “Last floor” (2013) was shown in the main section of Gdynia Film Festival. For “Krąg rodziców” (2008) he received a nomination for Amnesty International Award at Docs Against Gravity Festival. Art Director of CineLine, postproduction company.

His movies bear the mark of a veteran documentary filmmaker. “Recruited Love” and “Last Floor” feed on the imagery of brutal, completely unadorned reality

Tadeusz Król already wanted to direct a feature production in the early 90s. However, public TV producers returned his screenplay, saying “It’s great, but first you have to make a documentary to show what you’re capable of.” And so he went into documentaries, even heading the Documentary Film Department of TV’s Channel 2 for a time.

Król debuted with an award-winning documentary about a man who decides to bury himself in a coffin for 142 days, ostensibly to make it into the Guinness Book of Records, but actually hoping to accomplish something for the first time in his life (Żywcem pogrzebany, 1994). His subsequent works depicted the pianist Stanisław Drzewiecki, then just 8 years old (Geniusz, 1996), and a former historian who decides to start over and become an illusionist (Czarodziej, 1997).

In his documentary Król told the story of Antoni Cierplikowski, who went by Antoine: the first famous hairdresser to the stars, whose clientele included Greta Garbo, Brigitte Bardot, and Coco Chanel

Five years before Andrzej Wajda’s Afterimage Król directed a documentary about the unusual relationship of two eminent artists – Katarzyna Kobro and Władysław Strzemiński (Niebieskie kwiaty, 2011). In 2009 he produced Ręka fryzjera, a biopic about Antoni Cierplikowski, who went by Antoine and was the first famous hairdresser to film and fashion celebrities. Antoine’s clientele included Greta Garbo, Brigitte Bardot, and Coco Chanel, and he turned hairdressing into an art.

“All my works speak of atonement,” said Król in an interview. Atonement is one of the main subjects of Krąg rodziców (2007): the director met with Palestinian and Israeli parents who lost their children during the wars. “I couldn’t believe Palestinians and Israelis could even talk to one another,” Król recalled. “I couldn’t believe they would meet to offer forgiveness. ‘The road to peace is hard and rough; the road to revenge is much easier,’ said one of the protagonists.”

His feature debut, Recruited Love, was shot in 2009. Seemingly a slow-paced political crime drama, Recruited Love follows a duo of ruthless provincial agents of SB, Communist Poland’s secret police, in the final months of the regime. It’s also a parable about the political turmoil of 1989 told from the perspective of high-ranking SB agents meeting over vodka to plan for the future: they’re plotting to copy confidential reports which will let them blackmail the next government, obtain alibis, and leave the country. 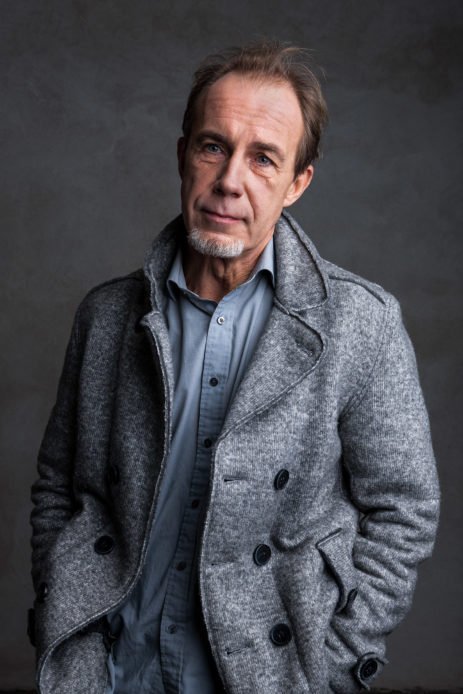 Prostitutes turn out to be the other important group of protagonists. Living a swinging life with a group of girlfriends, Anna (Joanna Orleańska) seizes the day and enjoys sex, never considering motherhood, but daydreaming frequently. One of her fantasies involves a man who would be ready to jump off the Poniatowski Bridge in Warsaw for love. Andrzej (Robert Więckiewicz) is one of the many men she gets to know; Anna doesn’t realize she’s just a puppet in his game, while he never even considers the possibility of being brilliantly tricked by the prostitute.

“I didn’t want my film to be a faithful reenactment of actual events,” Tadeusz Król stated. “The historical period is just a background to the plot; Recruited Love is actually a love story steeped in a thriller and mystery setting.” Critics agree that Joanna Orleańska’s role, recognized with the best acting debut award at the Młodzi i film festival in Koszalin, was one of the movie’s biggest assets. “In the 1980s – the period the film is set in – I was coming of age, beginning to become a woman,” Orleańska said. “Another significant event occurred in my life right as we were working on Recruited Love: I gave birth. I matured in my womanhood, but it also also changed me as an actress – I understood there’s no reason to live by other people’s expectations. I think I became more daring in my work.”

The protagonist of “Last Floor” isn’t insane. He’s a man whose pent-up rage and uncontrolled obsessions are set off by a confluence of events.

As befits a documentary filmmaker, Król found inspiration in real events for his next feature film, Last Floor (2012). He based his screenplay on Witold Bereś’s book U siebie, though Jerzy Krzysztoń’s novel Obłęd also provided a major source of inspiration. The movie follows Captain Derczyński (Janusz Chabior) – an abrasive military officer who forces his children to exercise, tells them to live by the example set in Henryk Sienkiewicz’s historical novel Pan Wołodyjowski, but also complains about the modern world where “we’re ruled by Jews and fags.”

When Derczyński discovers financial malfeasance in his unit, the Army discharges him as a punishment. Paranoid and terrified of everyone, Derczyński prepares for war, forbidding his children to go outside or even open the door to strangers. When verbal arguments fail, he resorts to physical abuse. He grows increasingly determined to build something like a new world by force, or rather through terror. “You could call Derczyński a Polish patriot,” Król admitted. “But what does that really mean? Most of us want our families to be happy, we love our country, feel moved listening to patriotic songs, go to church, and sin every now and then. The protagonist of Last Floor represents every one of us in a sense. I don’t see him as insane – he’s a man whose pent-up rage and uncontrolled obsessions are set off by a confluence of events.”

Tadeusz Król is working on his next feature film.