Director, screenwriter, and producer, Szumowska’s star has been on the rise both in Poland and abroad ever since her debut. Her student film was screened at Cannes; now the list of her awards includes a European Film Award, Berlin’s Silver Bear for direction and Special Jury Prize in Locarno. Her latest production, “Body”, received the most awards of all Polish films that premiered last year. Szumowska is a member of the European Film Academy.

Poland’s most important female film director of this generation is also one of the best known and most appreciated abroad. Her movies received numerous accolades – she brought a Silver Bear for Body and a Teddy for In the Name of from Berlin and a Silver Leopard from Locarno for 33 Scenes from Life, while Happy Man and Stranger were nominated to the European Film Awards for European Discovery of the Year

Early on her movies seemed to do better abroad than in Poland, from her 1997 documentary debut Silence (“It was groundbreaking – an 11-minute documentary with no dialogues at all, shot at a small village,” she recounted) and The Ascension (2000), which was screened in Cannes at Cinéfondation. This was also the case with her feature debut, Happy Man (2000): after it was screened at the San Francisco International Film Festival, Karl Baumgartner – co-founder of Pandora Film, who was friends with Jim Jarmusch and producer to Brothers Quay, Kusturica, and many others – invited Szumowska to work with him. They made several movies together. Szumowska dedicated Body to Baumgartner after his death in 2014.

Szumowska lists Krzysztof Kieślowski among her idols, but Wojciech Jerzy Has became her mentor in film school. “Has despised documentalism and realism – he thought movies should create worlds that don’t exist, search for metaphors, secrets, all the things hidden beneath the surface,” she explained. Happy Man meets these requirements, following a mother diagnosed with cancer (Jadwiga Jankowska-Cieślak) and her son (Piotr Jankowski). The protagonists seldom talk, trying to hide their awareness of her illness from one another, but most importantly they mask their feelings and emotions. This approach is even more pronounced in The Stranger, based on a script nominated to the Sundance/NHK IFA: its protagonist (Małgorzata Bela) finds herself pregnant and wants to have an abortion, but decides against it when a boy encountered on a tram steals the money for the procedure. She starts to talk to her unborn baby, explaining the world through sounds – but in fact she’s talking to herself. 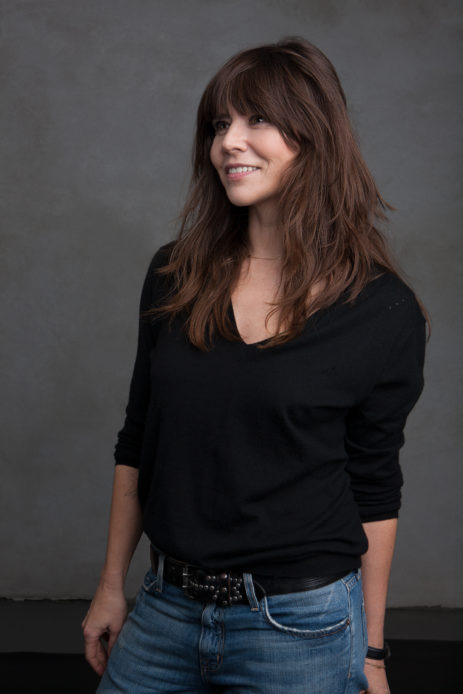 However, Szumowska admits that over the years she grew to distance herself from both The Stranger and Happy Man: “I realized my journey into spirituality, this quest for symbolism and metaphors, took me too far. This isn’t really my turf. I had to come up for air – get closer to life. As close as I can,” she said.

The roots of this “hyperrealism,” as Szumowska calls it, could be already seen in the significantly titled Dokument…? from 2001, one of her earliest documentary works. Instead of asking her acquaintances to fill out a friendship book, Szumowska invited them to record their messages to her. The movie pointedly underscores the contrasts between their public and private personas: one intentionally performed in front of the lens, posed, styled, and artificial, the other surreptitiously recorded with a hidden camera. This knack for registering ostensible “grime”, seemingly insignificant gestures, and intuitive microsituations is typical of Szumowska’s movies. “My biggest pet peeve in movie scripts is ‘doorknobbing’ – when every scene has a beginning and an end. The character enters a room, says their lines, and leaves, we don’t enter a scene already underway or break it off in mid-word. I like to subvert that,” she said several years ago.

This was the most enchanting aspect of 33 Scenes from Life (2008), foreshadowed in a sense two years earlier by Nothing to Be Scared of –  her short documentary about the beliefs, customs, and rituals practiced by villagers from Mazury to tame death. Even the title of 33 Scenes… is telling – it’s a collection of fragments, touches, snapshots from the daily life of the leading lady, Julia (Julia Jentsch), her documentary filmmaker father (Andrzej Hudziak), and mystery writer mother (Małgorzata Hajewska-Krzysztofik). The protagonists snap at each other, quarrel, sulk, and often get fed up with one another – even when both parents in turn are diagnosed with terminal illnesses.

This movie goes against the grain both in its edgy, grotesque sense of humor and in Julia’s approach to life: expected to be mature and sensible as her parents lay dying, Julia turns to childish behaviors, cracks ill-timed jokes, doesn’t grieve “the way she ought to”. This makes 33 Scenes from Life more than a film about dying – it depicts a clumsy, inept rebellion against familial infantilization, the duty to care for the sick, the obligation to be nice, decent, and thoughtful… And even against metaphysics itself.  The movie was appreciated both in Locarno and at the Gdynia Film Festival, where it received four awards, including a prize for direction. “The jurors didn’t dare to award the grand prix to such a non-conformist film,” wrote Bartosz Żurawiecki at the time; indeed, most critics agreed that 33 Scenes from Life deserved the Golden Lions.

Szumowska is sometimes chastised for taking the autobiographic style too far (her movies are filled with references to her own life and that of her family); “I’m not interested in movies that aren’t personal and intimate”, she replies. “I made 33 Scenes from Life in part to close a certain chapter in my life, bid a symbolic farewell to my parents and free myself from them.”

“Elles” has a lot in common with “In the Name of” as well – they both depict longing for closeness and suppressed eroticism.

Her next two movies – Elles (2001) and In the Name of (2013) – are worlds apart. The first was filmed in France, starring Juliette Binoche as a journalist writing about Parisian prostitutes; it seems smothered, too obvious, as if Szumowska’s voice was pushing through the machinery of international co-production. In the Name of, the tale of a priest (Andrzej Chyra) gradually falling in love with a boy nicknamed Pumpkin, was produced in a much humbler setting, among friends, in a remote village sensuously filmed by Michał Englert. Many scenes in this movie seem improvised or even semi-documentary.

However, Elles has a lot in common with In the Name of as well – they both depict longing for closeness and suppressed eroticism. The experienced protagonist of Elles discovers her feminity while trying to break the fetters of bourgeoisie and follow her emotions and instinct. Szumowska goes much farther in In the Name of, showing the brazenness of desire: the noble priest wants his love to be pure, but he can’t cope with the physical aspect of loving.

This physicality – sometimes uncomfortable, uncontrollable, and available only for a limited time – formed the starting point for the movie proclaimed her greatest accomplishment to date: Body (2015). It depicts a constant clash of two mindsets, two approaches to life. Anna (Maja Olszewska), slightly old-fashioned and seemingly detached from reality, firmly believes that there’s something “out there”, that you can talk to the dead and feel their presence even after they’re gone. Janusz (Janusz Gajos), an attorney, sticks with the facts and holds on to his rationality even when there’s nothing left for him after his wife’s death. Szumowska brilliantly guides her protagonists, showing that their radically different stances prove poignantly similar. Both the skeptic and the believer lack true certainty; neither the pious mystic nor the widower wants to accept the finality of the end.

“I wanted to make a movie about our profound need to believe in something,” explained Małgorzata Szumowska. “Our film doesn’t provide any answers, but it tries to touch the mystery; sometimes by whispering, sometimes by laughing,” added Janusz Gajos. Maja Ostaszewska stated that Body is primarily “a film about freedom. It shows that we can be who we want to be; our worldviews aren’t mutually exclusive – they’re complimentary.”

“I’m both a director and a woman. That’s a great combo”

Body made 2015 the year of Szumowska in Polish cinematography. She was awarded a Silver Bear for best director in Berlin, Golden Lions in Gdynia, Eagle for movie of the year, and nominated to the European Film Awards for best director. The movie and its creators brought dozens of prizes and accolades both in Poland and abroad: Maja Ostaszewska and Janusz Gajos received Eagles for their leading roles, Jacek Drosio won the European Film Award for editing, and the audience award at the 2016 EFA gala in Wrocław went to the director herself.

“I’m both a director and a woman. That’s a great combo” Szumowska said at the Berlinale Palast stage as she received her Silver Bear. She admits that volatility is her most important quality – Janusz Gajos once quipped that the most interesting aspect of working with Szumowska is never knowing what’s going to happen in five minutes. “I immodestly feel that my best works have yet to come, that my best years are just beginning,” she remarked.

Right now she’s finishing her latest project, Face, “about a man who has to change his face – a symbolic tale about how easy it is to become a stranger in your own world”. This movie is also set and filmed in Poland, in a small town, and – most importantly – created with a group of long-time collaborators, including cinematographer and co-writer Michał Englert, editor Jacek Drosio, and actor Mateusz Kościukiewicz. “It’s amazing to have a team that doesn’t have to cling to assumptions, where we can trade roles and keep up the creative process,” said Szumowska.

She’s thinking of several other projects, including an English-language debut, Sisters, co-produced with Juliette Binoche. The actress will also play one of the titular sisters forced to spend two tumultuous weeks under one roof after many years of separation.

2006 Nothing to Be Scared of (documentary)