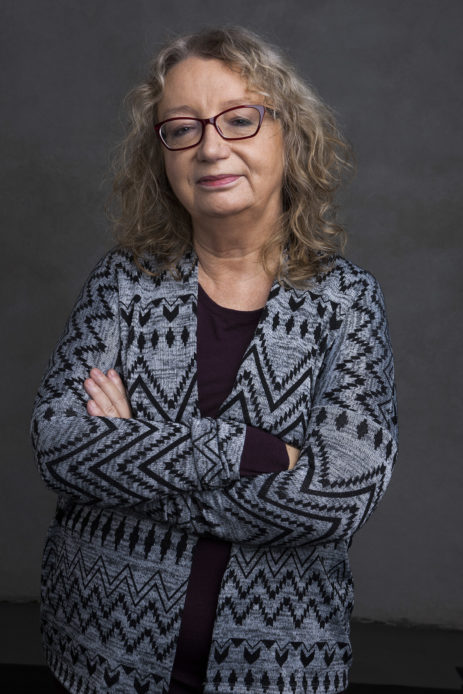 Leading Polish documentary filmmaker and incisive witness of our reality, she produced documentary biopics about Krzysztof Kieślowski, Jerzy Grotowski, Leszek Kołakowski, and many others. Awarded the Knight’s Cross of the Order of Polonia Restituta in recognition of her accomplishments in studying, documenting, and immortalizing the events of March ’68. Member of the Board of Directors of the Directors’ Guild of Poland.

“Her films are like a walk through the Poland of the last quarter century in the company of a bright, witty, and curious observer” – wrote the great film critic Tadeusz Sobolewski about Maria Zmarz-Koczanowicz’s documentaries

Primarily the director and writer of documentary films and theatre productions, she has also made one feature film, “The End of the World” (1993). Initially, she wanted to be a painter – she graduated in painting from the Fine Art Academy in Wrocław. She also studied set design, but above all – directing at the Department of Radio and Television of the Silesian University in Katowice. For eight years, she was the deputy dean of the Department of Directing at the Lodz Film School, where she remains a lecturer to this day. Several dozen short student films were made under her guidance.

Her first documentary, “Każdy wie, kto za kim stoi” (1983) showed a situation typical of the martial law period, and of communist Poland in general: standing in a queue. The film’s protagonists participate in this annoying ritual, trying to forcibly, absurdly impose some sort of order, mechanically using the same phrases over and over again – a fact which is emphasized by the director through the repetition of fragmented sentences such as “mister, people have been queuing here since August”. Zmarz-Koczanowicz shows this phenomenon with a touch of irony, but without a sense of superiority. She lays bare this ordinary, everyday event in the life of adult Poles, but above all she exposes the system that oppressively imposes soullessness and egoism, turning life into a series of scripted interactions.

The pattern is repeated in all of the director’s other films from the 1980s: “Jestem mężczyzną” (1985) about a member of the Polish United Worker’s Party who grabs all available positions for himself, including the leadership of the Women’s League, “Urząd” (1986) about bailiffs who collect people’s debts unceremoniously, completely oblivious the dehumanizing effect their work has on them, or “Co wyszło z ziemi?” (1988) about the small town of Środa Śląska whose citizens, obsessed with the idea of finding a hidden treasure, turn into amateur archeologists.

She is the mistress of unconventional and contrary biographical documentaries. She has portrayed, among others, the writer Irena Krzywicka, the great philosopher Leszek Kołakowski, and recently – Adam Michnik

Zmarz-Koczanowicz was also fascinated by the intriguing lives of people from the intersections of cultures – Hatif Janabi, the Israeli Arabic Studies lecturer at the Warsaw University (“Hatif”, 1995), the founder of the Polish Roma Association Roman Kwiatkowski (“Ostatni Cygan w Oświęcimiu”, 1994), or Wiera Gran, who was a Jewish singer before the war, later performed in the Warsaw ghetto, was accused of collaborating with the Gestapo, and finally exonerated by, among others, the Citizen’s Court of the Central Committee of Polish Jews (“Wiera Gran”, 2012). 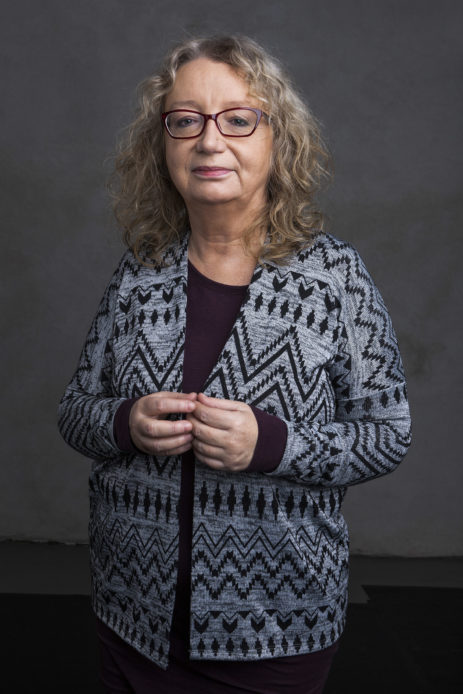 Maria Zmarz-Koczanowicz is fascinated by great personalities, but also by vivid places (“Moja Warszawa” from 2003, or “Była wojna” from 2013 about the Subcarpathian town of Rymanów inhabited before the war by Poles, Jews, and Ruthenians), and particularly by unconventional communities. In “Nie wierzę politykom” (1990) she showed various groups of “Children of the Martial Law”, from the anarchists to young Pilsudski admirers, and in her famous “Pokolenie 89” – young people from the late 1980s opposition movements, who told stories of their experience of martial law, their work with the “Solidarity” movement, the Round Table, and their later, quite varied, lives (the interviewees include Marcin Meller, Krzysztof Varga, Paweł Piskorski, and Jakub Wygnański).

Recent, continuously reinterpreted, and often discovered anew history is one of the director’s key themes: especially the year 1968 and the trauma of that year’s anti-Jewish witch hunt, which forced thousands of Poles of Jewish heritage to leave the country (“Dworzec Gdański” from 2007, and “Ordinary March” from 2008).

Her only feature film, “Kraj świata”, is equally harsh
on all delusions: both the communist, and the freedom-era ones

Since 1995, she has also made a dozen of productions for TV Theatre – including “E.E.” (1998) based on a novel by Olga Tokarczuk and starring Agata Buzek, Joanna Żółkowska, and Jan Peszek, “Sandra K.” (2000) based on a story by Manuela Gretkowska (starring Magdalena Cielecka, Jacek Rozenek, and Marzena Trybała), and “Pamiętnik z Powstania Warszawskiego” (2004) based on Miron Białoszewski’s work – a play that received four awards at the Two Theatres Festival in Sopot, including for Best Lead Actor (Adam Woronowicz), Best Direction, and Best Adaptation for TV Theatre.

“A friend once gave me Janusz Anderman’s short stories to read on the train. I had never read anything by him. “Kraj świata” dazzled me: I kept thinking how to translate this story onto the screen, scene by scene” – recalls the director when asked about the story behind her only feature film to date (“Kraj świata”, 1993). It features a “chain of hearts”, i.e. a chain of people holding hands, organized by a peculiar man with a thirst for leadership, the statue of Dzierżyński about to be toppled, and even a queue, complete with a waiting list – an echo of the one seen in her directorial debut “Każdy wie, kto za kim stoi” – standing outside a passport office. There’s hardly any plot, just a collection of loosely arranged scenes and images, as well as the mysterious figures of two writers (Jan Nowicki and Olaf Lubaszenko). Everything takes place in the last moments of the People’s Republic of Poland, on the cusp of freedom (as evidenced by multiple “Solidarity” posters). But “Kraj świata” is equally harsh towards delusions of the freedom era, as it is towards communism – showing that all massive social movements can only survive for so long.

Having recently finished Gruba, a documentary about women working in the Rydułtowy coal mine, Maria Zmarz-Koczanowicz is gearing up for her next major documentary biography: this time she’ll tell the story of eminent director Edward Żebrowski.

1989 The Major or the Revolution of the Gnomes (documentary)