Director Jan Hryniak needs just two more shooting days to finish Kantor. I’ll never come back… and he’s been fighting for them for over 18 months now. “I’m making a film about an uncompromising artist; I’d see any concessions as an artistic failure,” Hryniak says. 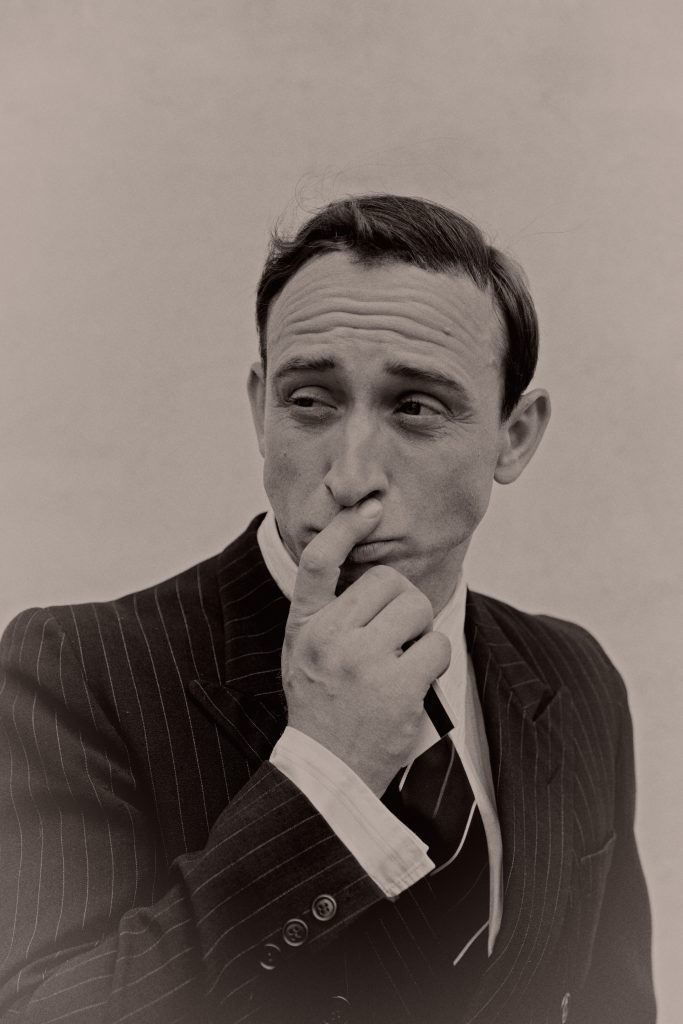 Magdalena Żakowska: So, what’s going on with Kantor?

Jan Hryniak: It’s evolving. When I started shooting three years ago, we were celebrating the 100th anniversary of Tadeusz Kantor’s birth. [Kantor will be portrayed by Borys Szyc. – ed.] I thought we’d tell the story in chronological order, but the money ran out and the project was put on hold in April 2016. The break stretched to 18 months, giving me plenty of time to rethink it all. I first assembled the material with no coherent timeline and I think we’ll keep it this way. Right now I have 32 different rough cuts.

I needed eight, but went down to four. We’re negotiating two of them right now.

And you don’t feel like giving up on this?

If I’d given up 18 months ago, the movie would probably be premiering now…

…at the Polish Film Festival in Gdynia.

Maybe. But it wouldn’t be a film I could be proud of. These last two shooting days are extremely important – maybe even essential – to the story I’m telling. I just can’t concede so much while making a movie about such an uncompromising artist. I’d perceive it as my personal artistic failure, not just a compromise. 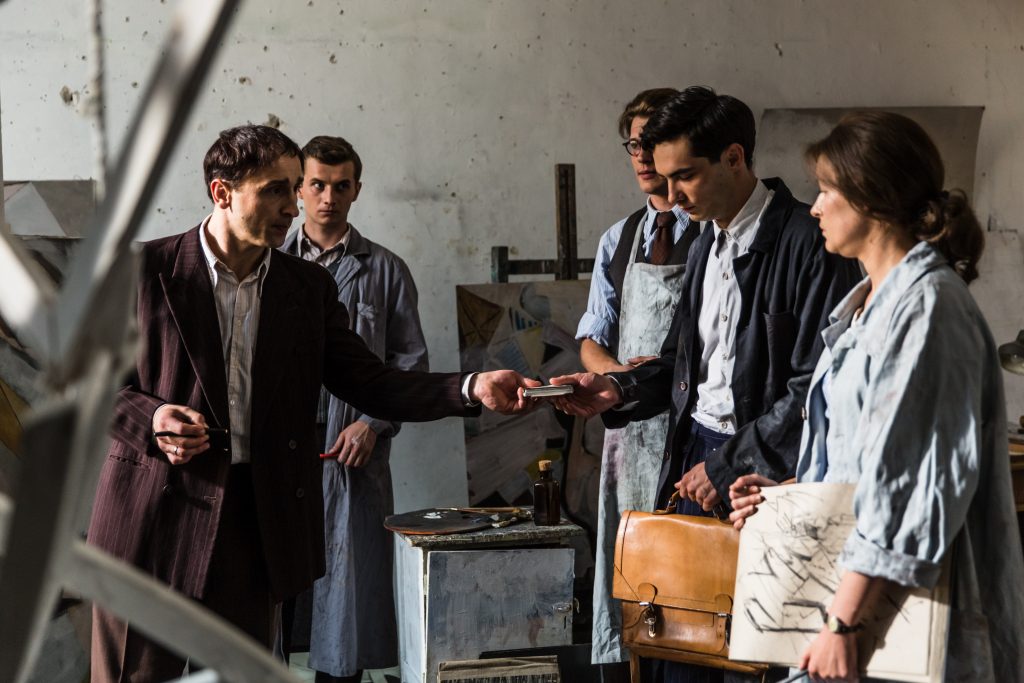 What’s so essential about those two days?

One would take us to New York, the other to Florence. New York can be filmed in Warsaw, because it’s mostly interior scenes depicting a key period in Kantor’s life – the mental breakdown leading to his break-up with Maria Stangret. But Florence simply has to be shot on location. That’s another important moment – the time of Kantor’s greatest international triumph right before the fall.

How much money do you need?

A little over two million. I already managed to scrounge up that amount, but various debts accumulated during the break in the shooting had to be paid. So now I’m waiting again. I have no idea how and when we’ll be able to resume filming.

How many times should poor Borys Szyc lose weight for this role?!

Exactly! He already slimmed down for nothing once, just like Himilsbach’s English lessons! [Polish actor Jan Himilsbach could have gotten a role in an American film, but refused to learn English, saying that if the Americans drop him, he’ll have learnt it for nothing like an utter twat. –ed.]

Don’t pretty much all Polish directors have to compromise?

They do, but I made an exception for this movie. I decided that I’d rather drop the whole film than give up on my ideas. Every director has a film of tremendous personal importance; for me it’s Kantor and I have to do it right.

Did you give up on anything you planned for this movie? Are you capable of compromise in general?

Of course. I gave up on reenacting the 1967 Sea Concerto, one of Kantor’s most important and best known performance pieces. I felt it didn’t add much to the plot of my film.

You co-wrote the screenplay with Maciej Pisuk and Łukasz M. Maciejewski. Did you divide up the work?

Maciej crafted the plot and Łukasz devoted a lot of time to research – he was in charge of factual correctness. I was the go-between, the mediator working to balance the fictionalized vision of Kantor with solid biographical facts. We soon found out, however, that this story simply cannot be told in bits and pieces.

Do you remember the moment when you discovered that you understood Kantor’s art?

I still can’t say I understand it completely. While I was working on the script and reading source materials, the movie started taking shape and I thought: this is it! Later on, when I started interviewing people who knew Kantor, it turned out that I was wrong. His art was indivdually targeted; every viewer interpreted it differently and Kantor took advantage of this fact.

My father took me to see The Dead Class when I was 14. This play became synonymous with Kantor in my mind. Back then I mainly focused on his imagery, but later on I understood that his message was highly individual. I remember something he said during an interview for a foreign TV station: “Keep in mind that I’m primarily a painter.” 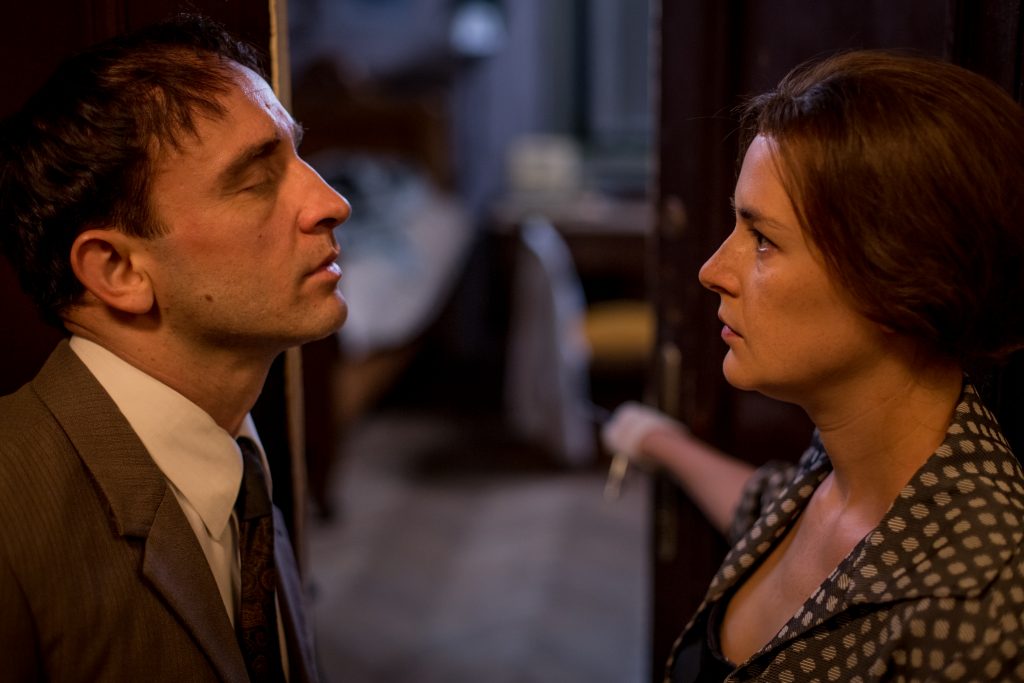 Kantor carefully crafted his image. His personal life was a planned work of art, blurring the line between his creations and his life. Did you try to pinpoint his true self, or did you want to portray him the way he wanted to be perceived?

I wanted to find the real Kantor, but I’m not sure if I managed. We’ll see when the movie launches. I think I stopped understanding his art precisely because I started searching for the man within; before that I only saw him as an artist.

Was Kantor a nice guy?

He wasn’t nice. Sometimes he could be an extremely unpleasant, aggressive jerk. But he was always honest, without a trace of this artistic duplicity that’s so prevalent today – people play someone different than they actually are. Kantor was always himself, through and through. He did, however, present different facets of his personality to different groups – one to his audiences in Latin America, another to Polish or Italian viewers. His empathy enabled him to sense other people’s sensibilities and expectations, but didn’t extend to forming interpersonal bonds.

Was he capable of being likeable?

He was, but most of all he knew what the audience needed to see.

What was his most typical trait?

I’m not sure there was one. I see Kantor as a man who decided to be an artist. A total artist. You can’t talk of Kantor as a person.

But shouldn’t your film show the man he was? A being of flesh and blood, not ideas and artistic visions…

Can you imagine a person who starts out his day at home putting on a three-piece suit? A man who doesn’t eat breakfast with his wife because he doesn’t like the idea of making scrambled eggs? Even his wife and daughter never saw his true self. The more someone tried to get close to him, the faster Kantor would reject them – from fear that he’d be exposed, unmasked, hurt.

Who managed to get closest to the innermost Kantor?

Maria Stangret. She saw inside him a broken man, drowning, falling… And then he left her.

Did women matter for him?

Yes. There were three women in his life – Ewa Jurkiewicz (portrayed by Paulina Puślednik – ed.), Maria Stangret (Agnieszka Podsiadlik), and Anna Halczak (Klara Bielawka). He relied on them, they handled his affairs and sometimes served as his handmaids. They submitted or rebelled. Adoration wasn’t required – it was enough that they completed him. Kantor expected women to guide him through his everyday life and preserve his creations.